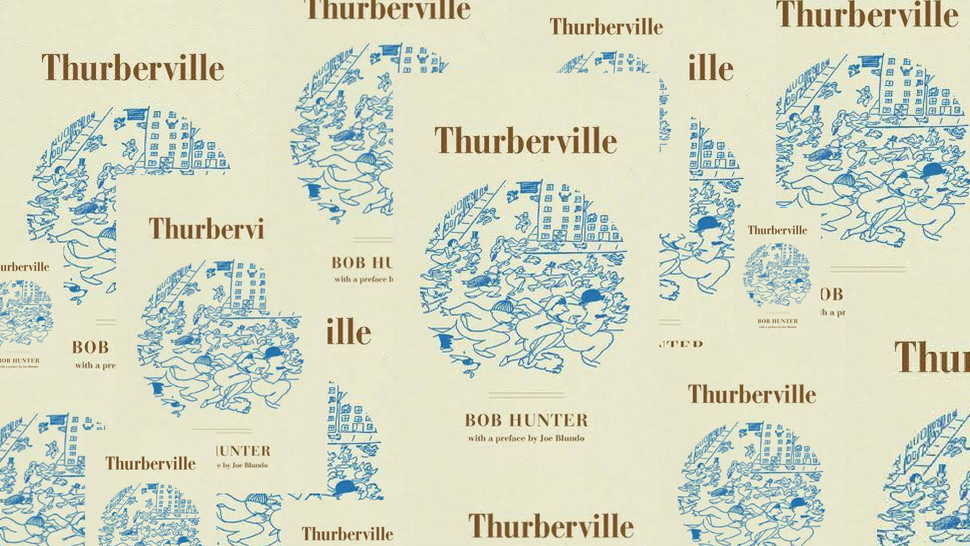 Poor eyesight (he was missing one eye; the other was weak) kept the Columbus native from completing a single ROTC credit needed for his degree.

That, of course, didn't keep Thurber from becoming one of the most celebrated humorists of the modern era, an adept journalist, beat reporter, novelist, playwright, fabulist and cartoonist. And, though he lit out for more cosmopolitan locales, it didn't keep him from using his beloved Columbus as a backdrop in many of his works. 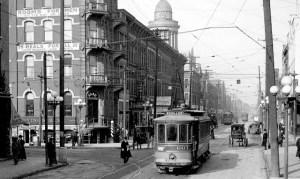 But the Columbus that rolls out from Thurber's vivid imagination is a far cry from the Columbus of today, or even the Columbus of Thurber's own formative years. In Thurberville (Ohio State University Press, 2017), Bob Hunter, a retired sports columnist for The Columbus Dispatch, explores the unique city of Thurber's youth and early 20's, a city populated with characters both maddeningly quirky and heartbreaking.

While Thurber largely trafficked in the fictitious, Hunter uncovers the reality that underpins works such as the classic "My Life and Hard Times." There's the Trinity Episcopal Church, the Deshler Hotel and, even, the old Dispatch offices, where Thurber once filed stories. These were the landmarks of his hometown that pop up in form and function, even in settings not explicitly cast as Columbus.

Thurber's destiny took him far beyond the Ohio capital, rounding Paris before finally settling in the greater New York City area and contributing his unmistakable wit to The New Yorker. But his fondness for the city never waned, and his memories of it echoed forever in his mind.

"Many of my books prove that I am never far away from Ohio in my thoughts, and that the clocks that strike in my dreams are often the clocks of Columbus"

For more on James Thurber's lasting connection to Columbus, we urge you to visit, online or in-person The Thurber House, a wonderful museum and literary center.