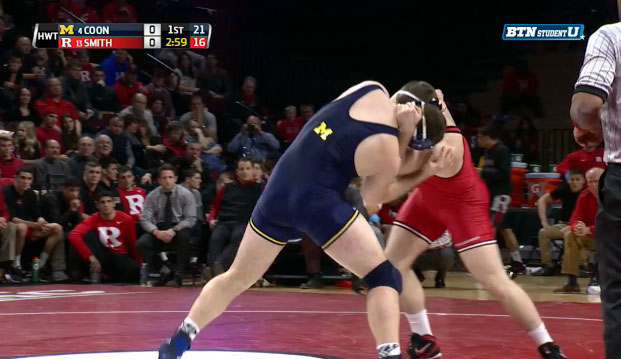 To be eligible for Academic All-America consideration, a student must be a varsity starter or key reserve, maintain a cumulative GPA of 3.30 on a scale of 4.00, have reached sophomore athletic and academic standings at his/her current institution and be nominated.

Michigan swimmer PJ Ransford was named the Google Cloud Academic All-America® of the Year for the Men's Division I At-Large Team. The senior is a two-time NCAA Elite 90 Award recipient, a two-time CoSIDA Academic All-American and a two-time Big Ten Distinguished Scholar. The mechanical engineering major is a three-time CSCAA All-American and a Big Ten Champion in the 1,650-yard freestyle. The Pittsford, N.Y., native was awarded the Big Ten Medal of Honor and Big Ten Postgraduate Scholarship in 2018.

The complete list of Big Ten honorees can be found below.

Academic All-American of the Year: PJ Ransford, University of Michigan