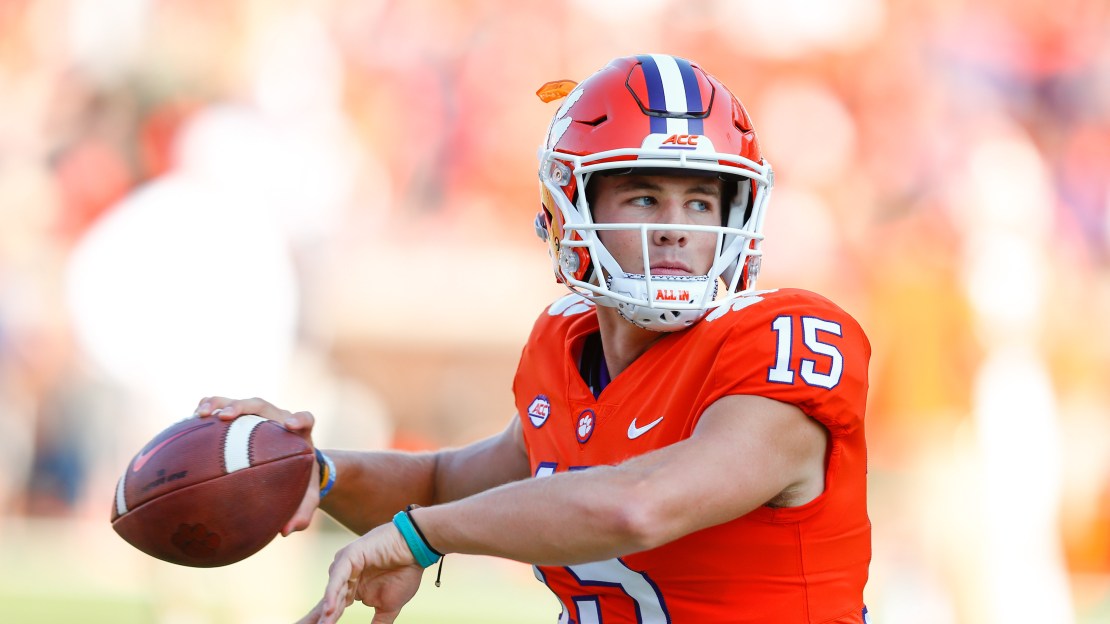 Hunter Johnson, a transfer from Clemson and the No. 1 rated quarterback in the class of 2017 by ESPN, has announced his commitment to Northwestern University. He will sit out the 2018 season per NCAA transfer rules, and have three years of eligibility remaining beginning in 2019.

?I?m thrilled to be a part of the Wildcat family,? Johnson said. ?The program that Coach Fitzgerald and his staff have built at Northwestern is phenomenal, and one my family has had the opportunity to get to know and trust. I am thankful to Coach Swinney and the Clemson family for all their support over the past year-and-a-half. My focus now is on doing everything in my power to help this team prepare to compete for a Big Ten West title. Go ?Cats!?

The Brownsburg, Indiana, native was named the state?s Mr. Football in 2016 and enrolled at Clemson in the spring of 2017. He saw playing time in seven games as a true first-year last season, completing 77.8 percent of his passes for 234 yards and two touchdowns for the Atlantic Coast Conference champion Tigers.

Johnson finished his prep career at Brownsburg High School with more than 6,600 passing yards and 69 touchdowns, while also rushing for 727 yards and seven touchdowns. Ranked as high as the No. 18 overall recruit in the nation by Rivals in 2016, he earned an Elite11 invitation and Most Valuable Player honors in the U.S. Army All-America game.

?We are ecstatic to add a player of Hunter?s caliber and character to our program,? said Dan & Susan Jones Family Head Football Coach Pat Fitzgerald. ?He comes from an outstanding family, one we?ve had the opportunity to know for many years, and he will fit right in to the culture we continue to build here in Evanston. I?m excited for the opportunity to be his coach and look forward to him joining our football family on campus this month.?

Johnson?s brother Cole was a key special teams player for Northwestern who earned Practice Player of the Week honors six times for the Wildcats from 2013-16, before earning a degree in communication studies and enrolling in dental school.

Northwestern opens the 2018 campaign on Thursday, August 30, in a prime time Big Ten West matchup with Purdue at Ross-Ade Stadium in West Lafayette. The contest will kick off at 7 p.m. CT and air on ESPN. The Wildcats return home the following week to host Duke on Saturday, September 8, at 11 a.m. CT at Ryan Field, the start of a home schedule that will include visits by Notre Dame, Michigan, Wisconsin and Nebraska during the fall.