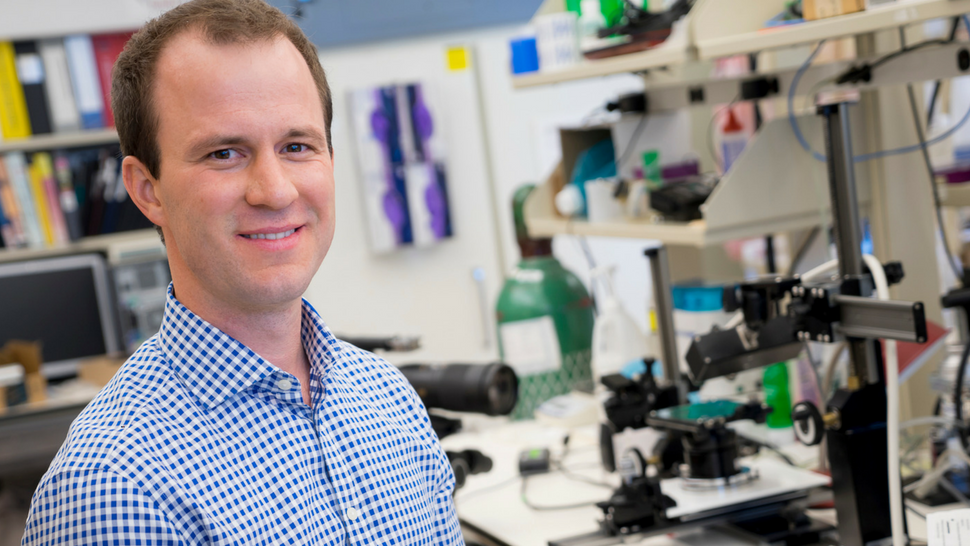 Mobile applications have already changed the way hundreds of millions of people find rides to the airport, share photos with their friends and pick the food they want to eat for dinner. Having all that power in the palm of one's hand is helpful, but it's just the tip of the iceberg of what apps can do.

At Purdue University's Weldon School of Biomedical Engineering, a team of researchers are creating an application, teamed with a piece of wearable technology, that will assist pregnant women in detecting a possibly serious complication they and their unborn child may face.

Craig Goergen, an assistant professor at the school, led the team's development of the app, which helps determine if an expecting mother is suffering from preeclampsia. The condition is caused by high blood pressure that can lead to organ damage and premature birth, or even worse, death for the baby and their mother.

Pregnant women are at an increased risk for high blood pressure over other women, and preeclampsia is a major problem in underdeveloped parts of the world. A 2011 study by the World Health Organization found that 10 percent of maternal deaths in Africa and Asia are due to preeclampsia; in Latin America, 25 percent of maternal deaths are linked to the condition. The WHO says the majority of these deaths were avoidable if timely and effective care had been made available, which is exactly what Goergen and his team aim to provide.

"In early pregnancy, almost nobody has preeclampsia," Goergen says of his team's approach to early detection. "Women are more at risk later on in pregnancy. So, the thought would be, do we not only identify those at 30 weeks that have already developed it, but those at 25 weeks or 20 weeks that are at risk of developing preeclampsia later on."

The device and mobile app work hand-in-hand to determine if a woman is at risk of the condition. With a blood pressure cuff tied around their arm, an accelerometer is tied around a woman's waist. The accelerometer measures body position and syncs with the app. Using the supine pressor test, which measures if blood pressure changes when body positions alters, the app and cuff read if a woman's blood pressure increases when she goes from lying on her side to lying on her back. According to Goergen, if the pressure jumps high enough, it's a sign the women may have preeclampsia.

While the technology is still in the developmental stage, last November, the researchers were awarded a $100,000 grant by the Bill & Melinda Gates Foundation. This is part of a program to foster ideas that solve key global and health development problems.

Goergen recently went to India to meet with other researchers working in the field of wearable technology. There he learned strategies for motivating end users, including nurses and others in the medical field, so that they better understand how to properly implement the product once it is rolled out for widespread use.

Goergen and the other Purdue researchers are still gathering data and working to perfect the app and device for the multitude of expectant moms across the globe. Differing circumstances for different women make collecting information complex, but will improve the efficacy of the product in the long run.

"We want to make it simple and easy to use; we want the instructions to be very clear," Goergen says. "The feedback we've gotten from not only patients but other [end users] is that you need to really consider the environment. For example, asking a patient in the U.S. to lie on their back and read their blood pressure is fairly common and something that should be able to be done rather easily. In rural Kenya, however, where they don't have easy access to electricity or a bed or pillow, it's a little harder. So, we have to think about that, think about scenarios around the world and try different approaches for our target audiences."