Inside the energy efficient campus of the University of Minnesota: BTN LiveBIG 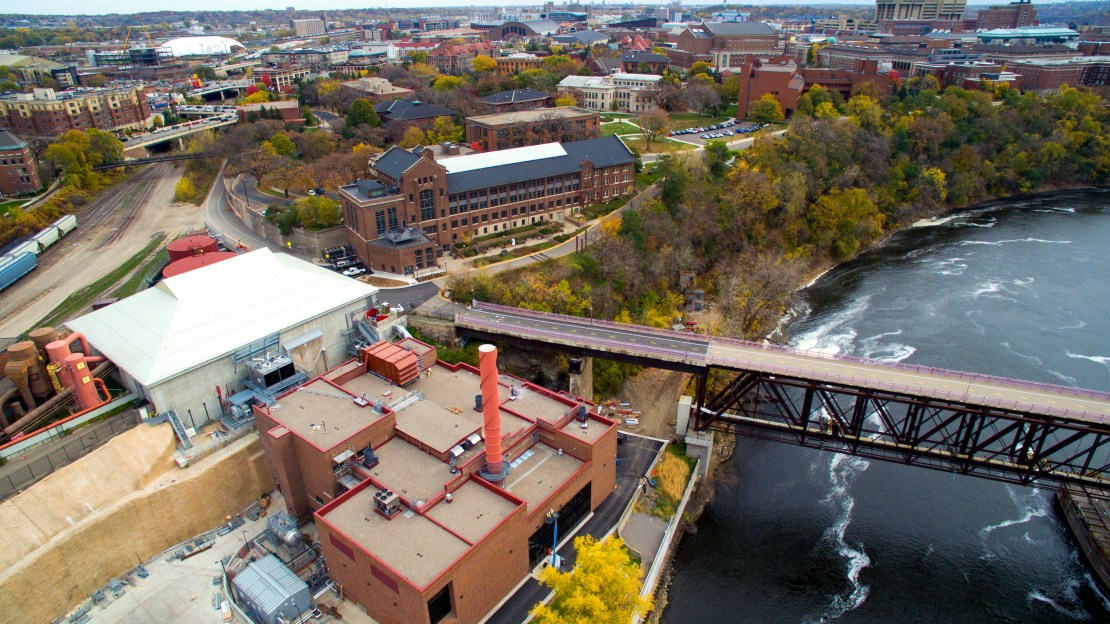 Universities are big. Think about it; you have housing for thousands, lecture halls, arenas, hospitals, laboratories, supercomputers, server banks, dining facilities; the list goes on and on.

To say that each and every university in the Big Ten is in itself a small city, wouldn?t even touch on hyperbole.

Yet, we often only focus on the ?what? that is being done therein, not the ?how.? To power the innovation of the Big Ten takes an army of engineers, mechanics and associated staff members working around the clock. For these unsung heroes, the accolades are few, but the impact is mighty. And, frequently their work is helping to make our world a little greener.

Take, for instance, the University of Minnesota, where facilities staffers have converted the once-shuttered coal-burning Old Main Energy Plant into the newly revamped natural gas-powered Main Energy Plant for the flagship Twin Cities campus. According to Jerome Malmquist, director of energy management for the university, it was a labor of love and no small amount of practicality.

(Warning: This student-produced video is amazing.)

?I was the crazy fool who said, ?There?s got to be a better way of doing this,?? remembers Malmquist. ?Gas prices started plummeting; electric prices started going up. So, we brought in some firms to look at reconditioning the Old Main complex and whether could it be reused. The answer was yes.?

It was easier said than done, of course. The Old Main was a highly contaminated site, sitting in the middle of a major city, on the edge of the headwaters of the nation?s most important river in the middle of National Park.

Yet, Malmquist knew that the facility?s location and capacity were ideal. After remediating and retrofitting the Old Main with state-of-the-art equipment, the campus? energy generating capacity runs at around 84 percent efficiency. To the layperson, that means that when University of Minnesota gets ahold of a British Thermal Unit (BTU), they squeeze every ounce of power out of it they can to heat, cool and power almost every inch of campus.

Energy efficiency doesn?t begin and end with the Main Energy Plant, though. Scott McCord, a principal mechanical engineer with the university?s Mechanical Engineering department, and his team scour the campus looking for ?high-fliers,? the areas where energy is being wasted.

?Most of what the team finds is things that are just plain broken,? says McCord, a Minnesota alum who began working with the facilities team during his engineering studies. ?There?s things that you wouldn?t think would make a big impact. They?re not big investments; they?re just maintenance that needs to be done. We repair or replace these components, and they usually make between 10-20 percent impact on energy cost.?

McCord notes that on the energy production side, the changes that his team identify initially only add up to a few percentage point of savings on immediate energy costs, but because they?re centralized, the dividends pay off exponentially. Wherever it can be, heat generated by the Main Energy Plant and the smaller satellite plants on campus is recaptured and used to warm buildings, heat water and even power chillers that cool other areas of campus, such as labs and server banks.

At few places on campus is the University of Minnesota?s commitment to smart energy use more apparent than at the new Athletes? Village, a recently-opened compound of buildings that houses practices spaces, study rooms, locker rooms, dining halls and other areas for the various Golden Gopher teams. The buildings are equipped with occupancy sensors that cut costly HVAC supply to areas not in use, automated thermostat controls and a rain water recovery system that services the main cooling tower for the complex, among other features.

?We have an automated shade system too,? says Javier Navar, a senior energy engineer and building commissioning agent for the university. ?It?s a glass that goes black depending on the sun?s intensity. It?s another cool feature that is primarily on the south side of the building where the sun is hitting.?

?They get to see things first-hand, up close and personal,? says Malmquist. ?These students bring a lot to us, too. They?re really good at using the latest technology. They?re extremely good at computer work, building models and 3D diagrams of equipment. And, when they graduate, after coming out of our program, many of these students have gone on to some really good jobs and some of them have gone on to be leaders in their corporations over the years.?