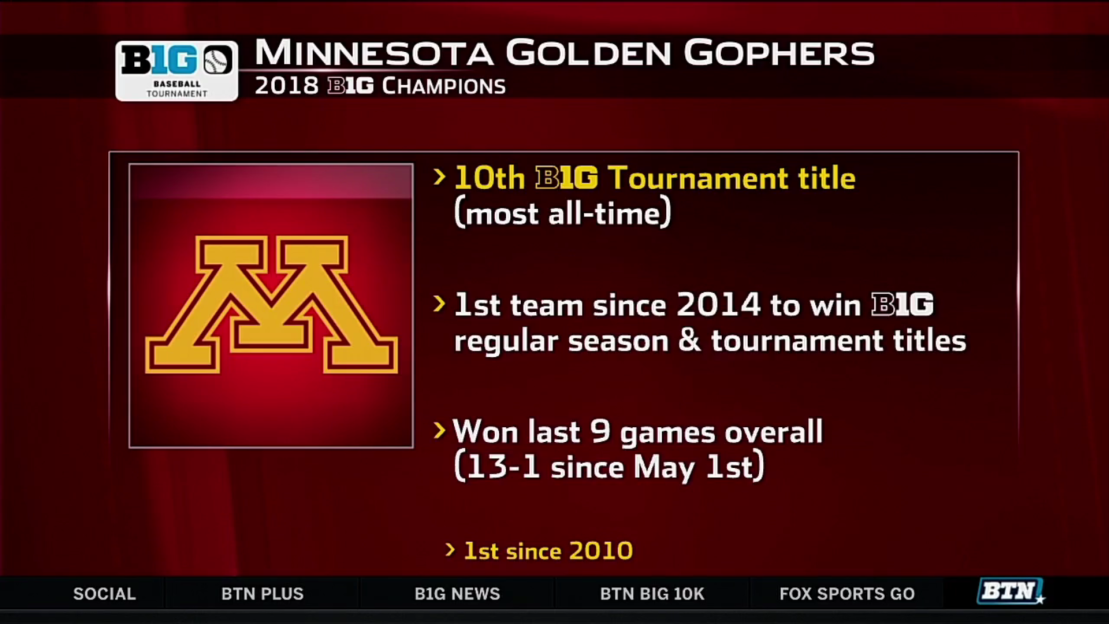 The top-seeded Minnesota baseball team won the 2018 Big Ten Tournament title after posting a 6-4 win over second-seeded Purdue in the championship game Sunday at TD Ameritrade Park in Omaha, Neb.

The Gophers become the first team since 2014 (Indiana) to win both the regular season and tournament titles in the same season. Toby Hanson paced Minnesota with two hits on two at bats, while Ben Mezzenga and Luke Pettersen had two RBI apiece. The Gophers earned their conference-leading 10th Big Ten Tournament title.

Minnesota improves to 41-13 on the season and earns the conference?s automatic bid to the NCAA Tournament. The NCAA Selection Show will air at 12:30 p.m. ET Monday on ESPNU.

Below is the 2018 Big Ten Baseball All-Tournament Team: