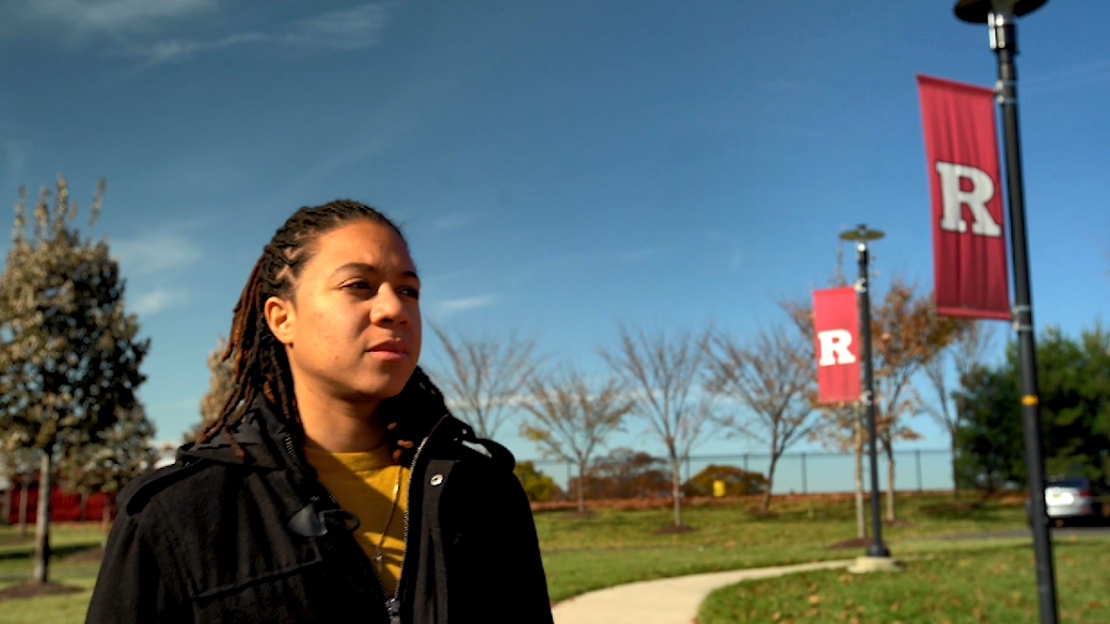 For Rutgers University graduate Danielle King, it all started with her family. It is a strong one; her mother and grandmothers standing as prominent role models who encouraged to follow her dreams wherever they might take her.

?My mom never allowed me to fit into just a tiny box,? says King, who graduated in 2017 with a master?s from the School of Public Health. ?She let me make my decisions and she didn?t try to force any type of set standards of what I was supposed to do.?

An athlete at heart, King played basketball, ran track and even played on the football team in 6th grade after she and friend decided it was time for some female representation on the field.

When the attacks of September 11th happened, King was living across the Hudson River from Manhattan. As for most Americans, the devastating events of that day had a tremendous impact upon her life. She entered college at the time but felt the urgent pull to serve her country. So, following in the footsteps of her grandfather, she joined the US Marine Corps.

?It was kind of never-wracking, but at the same time I had extreme confidence going into the Marine Corps,? King remembers. ?I felt like I had a bigger purpose for my country. I felt like I was needed at that time to do something greater than myself.?

In the Marines, King says, she gained a new family of brothers and sisters, and it?s a family she will carry with her for the rest of her life. But, she says it was a time when she was forced to hide her truth from those around her. As a gay woman, King fully understood the ramifications of the US Armed Services policy of ?Don?t Ask, Don?t Tell.? Any slip and she could be relieved of duty. So, she put herself in a box.

?I came out to my whole entire family before I left,? says King. ?Then, here I am joining the Marine Corps, and I?m having to put myself back in the closet that I struggled so hard to come out of.?

Regardless, King persevered and enjoyed her time in the Marines. It served as an inspiration of sorts for her. After her service to her country, King began working for underserved populations in her community. She has worked with children and adults with disabilities, in HIV testing and counseling and even helped lead an effort to get the legal age for tobacco purchases in New Jersey raised to 21. ?I?m a community worker. I work for the people. I like to do things that benefit others because if we have a better community, we all have a better space.?

Always on the move, while pursuing her degree King interned with the New Jersey Board of Health and Disability Allies in addition to working fulltime. It was during this time King met her wife, who is also a Rutgers alum. She says that they have helped each other grow and recognize the spark within one another that pulls them towards serving their community.

In Rutgers, King found a supportive community. From the many campus LGBTQ organizations to the university?s Paul Robeson Center, which supports the scholarship of people of color, Rutgers? inclusive learning environment casts a wide net that allows a variety of voices to be heard and engage with each other.

?I love Rutgers. Everyone is included here and that?s one thing I truly loved when I was looking for a university,? says King. ?When I came here, it?s like everyone has a space to be who they are. We even have conservative groups here. Rutgers does a very good job of trying to make sure that each individual group has the space to use their voice, which is awesome.?

Currently, King is working for the Hyacinth AIDS Foundation, an organization that was founded at the height of the AIDS epidemic in 1985 with the mission of providing support for medical research and comfort and care for those dying from the disease. From humble origins, the group has grown into one of the most prominent HIV/AIDS-related charities in the New Jersey. It?s a background that closely aligns with King?s personal mission of giving back whatever you can.