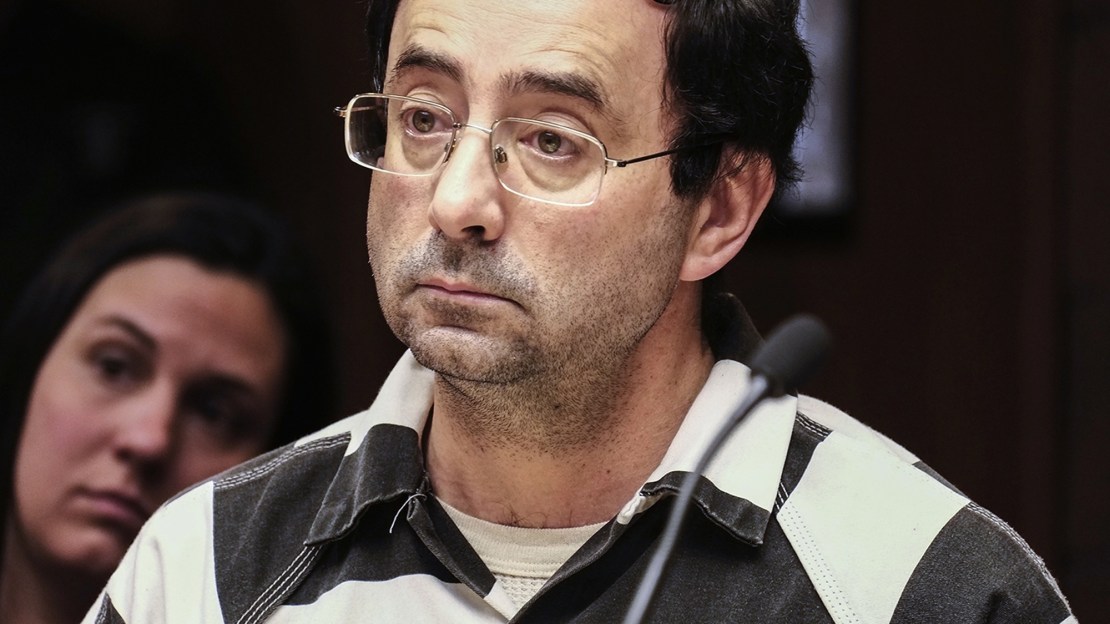 LANSING, Mich. (AP) - Michigan State University agreed to pay $500 million to settle claims from more than 300 women and girls who said they were assaulted by sports doctor Larry Nassar in the worst sex-abuse case in sports history, officials announced Wednesday.

?We are truly sorry to all the survivors and their families for what they have been through, and we admire the courage it has taken to tell their stories,? said Brian Breslin, chairman of Michigan State?s governing board. ?We recognize the need for change on our campus and in our community around sexual assault awareness and prevention.?

It?s not clear how much each victim will receive, although the money will not be divided equally. It?s also unclear where the money will come from. University spokeswoman Emily Guerrant said school leaders now will work on a way to pay the bill.

Rachael Denhollander of Louisville, Kentucky, who in 2016 was the first woman to publicly identify herself as a victim, said the agreement ?reflects the incredible damage which took place on MSU?s campus.? But she said she still has not seen any ?meaningful reform? at the university.

Nassar treated campus athletes and scores of young gymnasts at his Michigan State office, building an international reputation while working at the same time for USA Gymnastics, which trains Olympians.

The university and lawyers for 332 victims announced the deal after negotiating privately with the help of a mediator. Under the agreement, $425 million will be paid to current claimants and $75 million will be set aside for any future claims. Lawyers will also be compensated out of the $500 million pool.

Michigan State was accused of ignoring or dismissing complaints about Nassar, some as far back as the 1990s. The school had insisted that no one covered up assaults, although Nassar?s boss, former medical school dean William Strampel, was later charged with failing to properly supervise him and committing his own sexual misconduct.

Nassar, 54, pleaded guilty to molesting women and girls under the guise of treatment and was caught with child pornography. He is serving three prison sentences that will likely keep him locked up for life.

More than 250 women and girls gave statements in court when Nassar was sentenced in January and February. Since that time, even more accusers have stepped forward, which accounts for the larger number of people covered by the Michigan State agreement.

During the sentencing hearings, many accusers described an ultra-competitive gymnastics culture in which authority figures could not be questioned and Nassar was free to abuse young patients year after year. They said they had little choice to see doctors other than Nassar, who was renowned throughout the sport.

He counted on his charm and reputation to deflect any questions. He was so brazen that he sometimes molested patients in front of their parents, shielding the young girls with his body or a sheet. His campus clinic was decorated with signed photos of Olympic stars, bolstering his credentials to star-struck athletes and their families.

?This historic settlement came about through the bravery of more than 300 women and girls who had the courage to stand up and refuse to be silenced,? said John Manly, the lead attorney for the victims.

The scandal rocked Michigan State, leading to the resignation of President Lou Anna Simon on Jan. 24 and athletic director Mark Hollis two days later. The fallout has also pushed out many leaders at the top of competitive gymnastics.

The school has about 39,000 undergraduate students. Its general fund budget is $1.36 billion. Roughly $983 million comes from tuition and fees, and $281 million is from the state.

The settlement applies only to Michigan State. Lawsuits are still pending against Indianapolis-based USA Gymnastics, the U.S. Olympic Committee and an elite gymnastics club in the Lansing-area where assaults occurred.