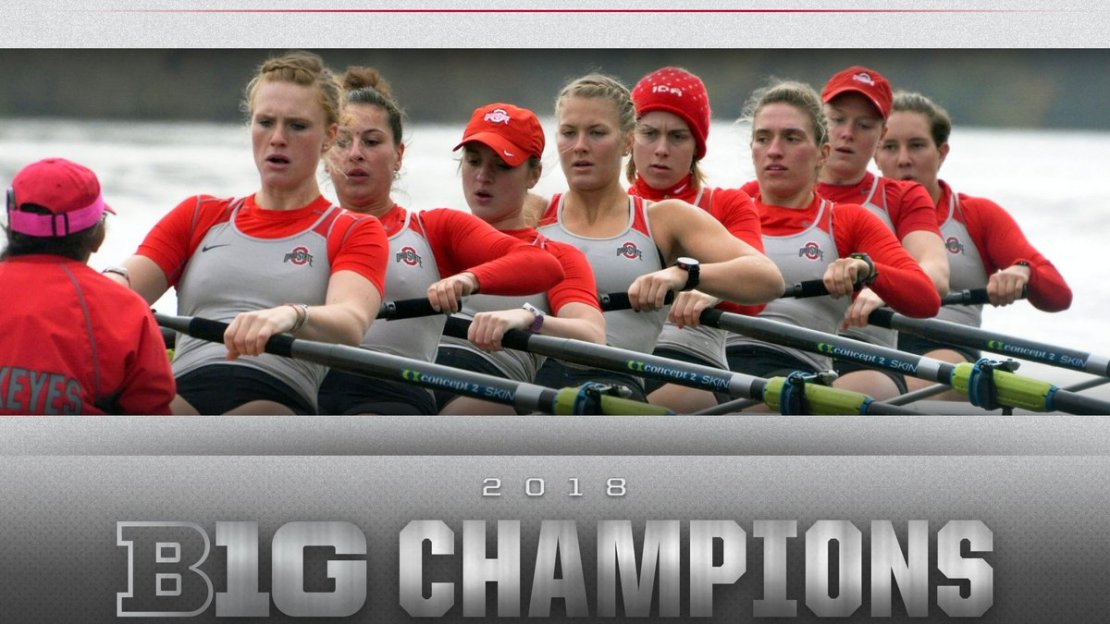 Ohio State won its sixth consecutive Big Ten title, and ninth overall, at the 2018 Big Ten Rowing Championships at Eagle Creek Park in Indianapolis on Sunday. The Buckeyes recorded a perfect 192 team points, marking the first time a school has won all seven races since the current scoring format was introduced in 2013.

Michigan followed in second place with 163 points, Wisconsin finished third (118), Iowa claimed fourth (111), while Indiana rounded out the top five with 92 points. Complete team results and the All-Big Ten teams can be found below, while complete race results can be found above.

BTN will debut coverage of the Big Ten Rowing Championships on Sunday, May 20, at 11 a.m. ET.

With the win, Ohio State earns the conference's automatic berth to the NCAA Championships, which will take place May 25-27. The remaining Big Ten teams will learn their NCAA Championships fate on Tuesday, May 15 at 5 p.m. ET during the selection show.

Make it a clean sweep for the Buckeyes as the First Varsity Eight wins it at a time of 6:20.948, just in front of second-place Michigan!#GoBucks pic.twitter.com/ezGfdhDd3p