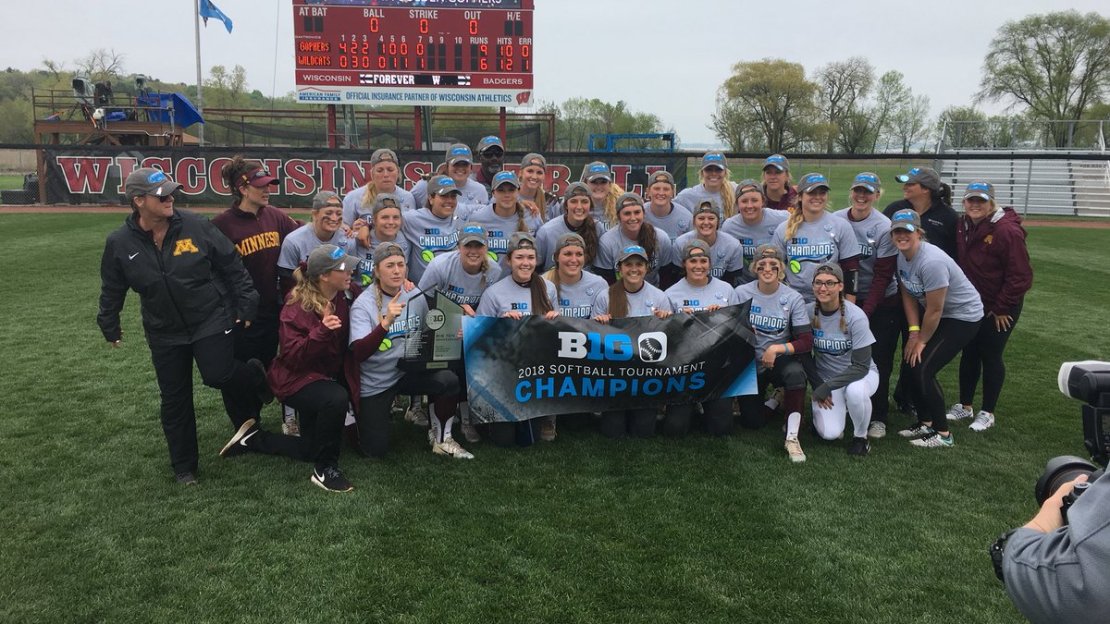 Second-seeded Minnesota won its third straight Big Ten Tournament Softball Championship, fourth in five years and fifth in school history on Sunday with a 9-6 win over No. 4 seed Northwestern in the title game at Wisconsin's Goodman Diamond.

Playing on Sunday morning after Saturday's title game was postponed a day due to weather, the Golden Gophers (39-15) jumped out to a 6-0 lead keyed by Dani Wagner's two-run homer in the first inning. Wagner, Kendyl Lindaman and Tournament Most Outstanding Player Maddie Houlihan each had two hits in the game. Allie Arneson also smacked a home run in the third and drove in two runs.

Houlihan went 7-for-9 in the Tournament with five runs batted in while scoring four runs. In the title game, she went 2-for-2 with a triple, single, two walks, an RBI, a run scored and a stolen base.
The Wildcats (36-17) battled back from a 9-3 deficit to cut the lead to 9-6, but Golden Gopher shortstop Carlie Brandt came on to close the game and finished the title-clincher with a strikeout in the bottom of the seventh. Sydney Smith claimed the win for the Gophers.

With the victory, Minnesota earns the Big Ten's automatic berth into this year's NCAA Tournament, with the complete 64-team NCAA field revealed at 10 p.m. (ET) on Sunday live on ESPN2.