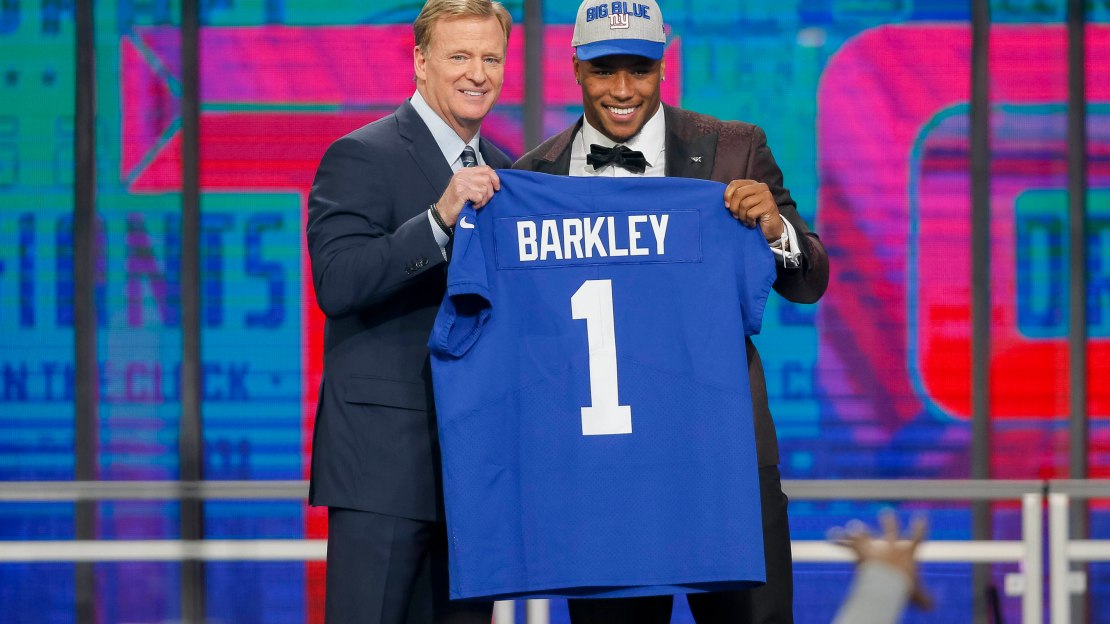 The 2018 NFL Draft got underway Thursday in Arlington, Texas, and four Big Ten players were selected in the first round — including two in the top four picks.

Penn State RB Saquon Barkley was drafted No. 2 overall by the New York Giants, and Ohio State CB Denzel Ward was selected No. 4 overall by the Cleveland Browns. Ohio State C Billy Price (No. 21 – Cincinnati Bengals) and Maryland WR D.J. Moore (No. 24 – Carolina Panthers) rounded out the Big Ten's representation in Round One.

Congratulations @saquon on being selected No. 2 overall by the @Giants!

Congratulations to @OhioStateFB DB @denzelward on going No. 4 overall to the @Browns! pic.twitter.com/FVkd9Ao2Xh

Another Buckeye off the board in Round 1, and it's @b_price54 to the @Bengals.

Cincy, you have a Center. ? pic.twitter.com/fH8IhfwXTr

You're getting the 2017 Big Ten Receiver of the Year in D.J. Moore.