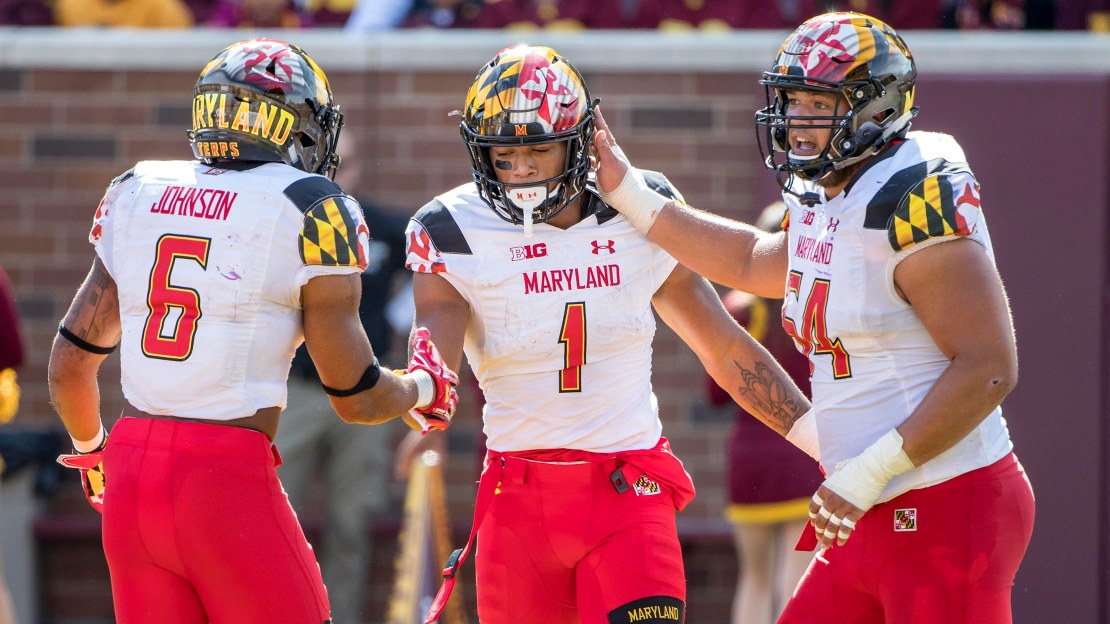 Three. That?s it. That?s the total of receivers from Big Ten schools that has been picked in the first round of the last 10 NFL drafts. The league has had 58 receivers taken overall in the since 2008.

Truth be told, two of those first-round wideouts played at schools that at the time weren?t in the Big Ten: Rutgers? Kenny Britt (Titans) and Maryland?s Darrius Heyward-Bey (Raiders), both selected in 2009. So, the only receiver who played in the Big Ten when he was tabbed in the first round was Illinois? A.J. Jenkins (49ers) in 2009.

Ohio State is the place to be if you wanna be an NFL receiver, as the Buckeyes have had a Big Ten-high nine taken since 2008. The Buckeyes have had no first-rounders but have had four second-round picks in the last 10 drafts: 2017 Curtis Samuel; 2016 Michael Thomas; 2015 Devin Smith; 2009 Brian Robiskie.

The Big Ten may have a first-round wideout in this year?s draft: Maryland?s D.J. Moore. No doubt, he will be the conference?s first receiver selected later this month, as most draft pundits rate Moore as the third-best wideout available behind Alabama?s Calvin Ridley and SMU?s Courtland Sutton.

Other Big Ten wideouts who should be tabbed are Indiana?s Simmie Cobbs (second-fourth round) and Penn State?s DaeSean Hamilton (third-fifth round).

Here is a look at receivers taken at each Big Ten school over the past 10 NFL drafts.

Big Ten receivers drafted in the first round since 2008.

* Denotes player who played before school entered the Big Ten.