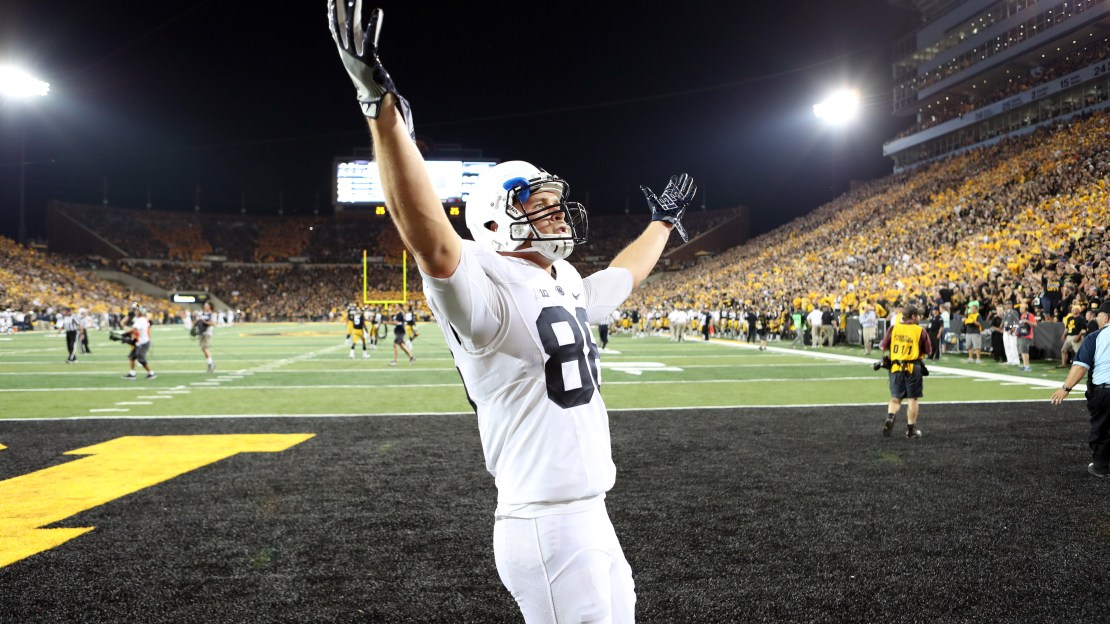 When it comes to having tight ends drafted, no Big Ten school can match Iowa. The Hawkeyes have had four tight ends picks since 2008: Brandon Myers in the sixth round in 2009 to the Raiders; Tony Moeaki to the Chiefs in 2010; C.J. Fiedorowicz in 2014 to the Texans; George Kittle in 2017 to the 49ers.

Penn State and Wisconsin each have had three tight ends selected in the last 10 NFL drafts.

The Big Ten tight ends with the best chance to be picked this year are Penn State?s Mike Gesicki, Wisconsin?s Troy Fumagalli, Indiana?s Ian Thomas and Ohio State?s Marcus Baugh. Gesicki looks like a first-rounder. If so, he would be the first Big Ten tight end picked in the first round since Purude?s Dustin Keller went No. 30 overall in 2008 to the Jets.

Here is a look at Big Ten tight ends drafted by school since 2008.