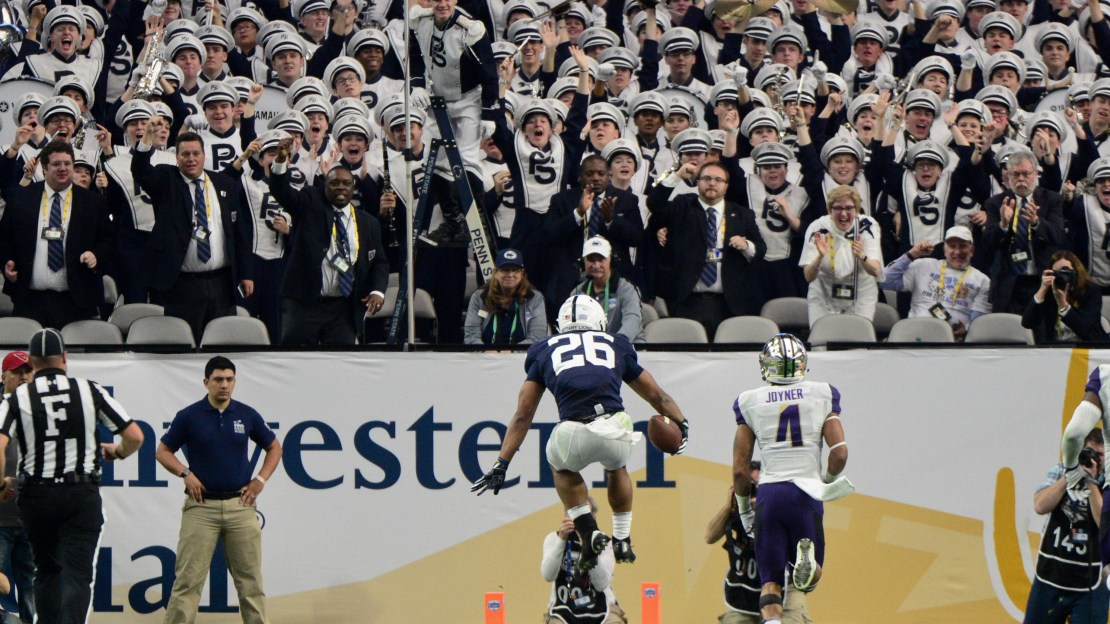 When it comes to producing running backs recently, Michigan State, Ohio State and Wisconsin lead the way in the Big Ten, with each having four picked since the 2008 NFL draft.

Penn State?s Saquon Barkley has chance to go even higher. Barkley is a once-in-a-generation talent who could be a top-three pick in the draft later this month. Other Big Ten running backs who figure to get drafted include Iowa?s Akrum Wadley, who should be a third-fifth-round selection, and Northwestern?s Justin Jackson, who should be a fifth-seventh-round pick. Michigan fullback Khalid Hill could be a seventh-rounder.

Here is a look at how many running backs each Big Ten school has had picked in the last 10 years.

Big Ten running backs drafted in the first round since 2008.