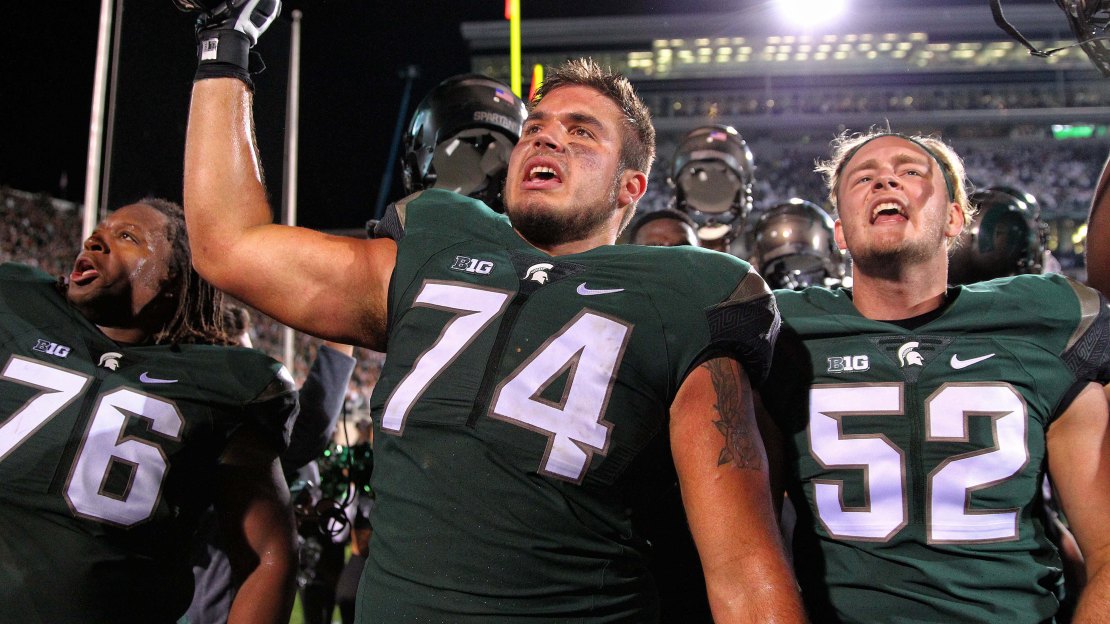 When it comes to producing offensive linemen, no Big Ten school can match Wisconsin. But Iowa isn?t far behind.

The Badgers have seen 10 o-linemen selected in the NFL draft since 2008, while the Hawkeyes have had nine. Those schools rank 1-2 among Big Ten teams in offensive linemen picked in the last 10 years. The conference has seen 64 linemen taken since 2008.

Wisconsin long ago developed a reputation for producing heavy-duty road-graders who pave the way for a fleet of great running backs in Madison. Thank current A.D. and former coach Barry Alvarez for giving the program that tough, physical style. It has become the trademark of the Badgers.

The Wisconsin offensive lineman picked highest since 2008: Guard Kevin Zeitler, who was selected 27th overall by the Bengals in 2012.

The Hawkeyes are every bit as tough and physical as the Badgers, thanks to Kirk Ferentz. Iowa is a program whose offense is built around a strong run game-often times to a fault, as the passing game has been known to struggle for consistency.

The highest-picked Iowa offensive lineman taken in the last 10 years: Tackle Brandon Scherff, who was selected No. 5 overall by the Redskins in 2015.

Here is a look at the offensive line production for the Big Ten in the last 10 NFL drafts.