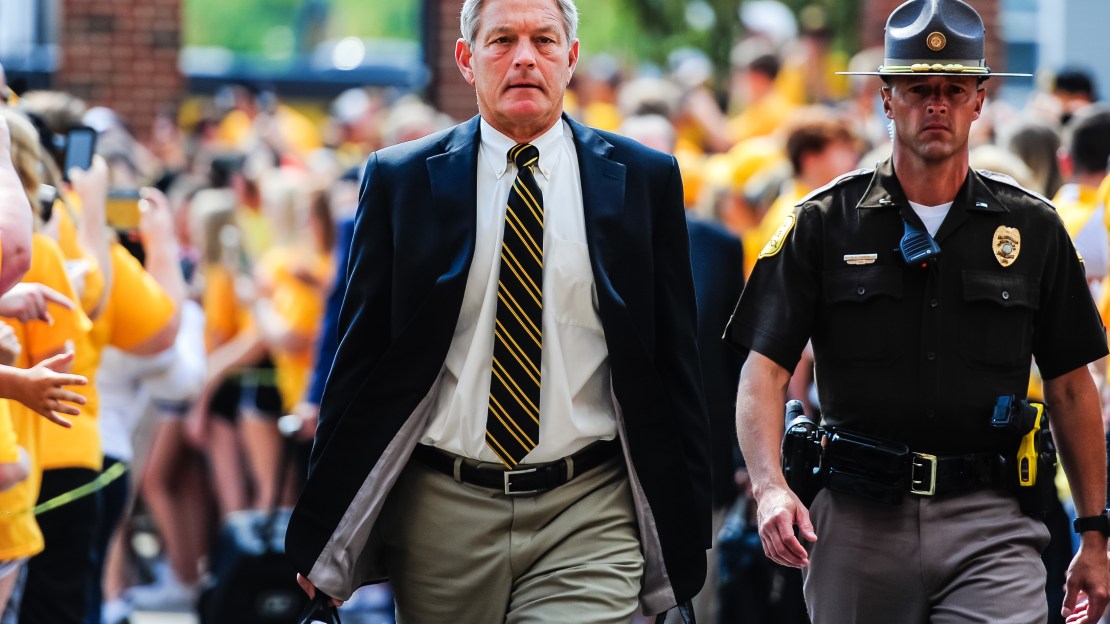 The Big Ten put a punctuation mark on the 2018 spring season with finales at Iowa, Nebraska, Penn State and Wisconsin.

Here is a look at the action.

Wisconsin WR Quintez Cephus. He made a spectacular one-handed TD catch that left on-lookers in awe.

Nebraska WR Kurt Rafdal. He made a highlight TD grab along the end zone sideline, showing the composure to get a foot down inbounds for the TD.

Penn State fan Brooke Fisher. It was heart-warming to see Fisher take a hand-off in the Penn State spring game and make a dash to the end zone for a touchdown. The world needs more of this.

Nebraska QB Adrian Martinez. The true freshman early enrollee made a big statement in his bid to win the starting job. The kid accounted for four TDs. Could he be the heir apparent under center in Lincoln?

Iowa S Amani Hooker. The Hawkeyes have some questions in their secondary. But it looks like they have at least one answer in Hooker, who was Iowa?s best defensive player in the spring game. He had a pick and forced a fumble.

Penn State LB Micah Parsons. The true freshman early enrollee showed off his freaky athletic skills. Parsons notched a game-high eight tackles to go along with a sack, as he was all over the field.

Wisconsin?s offense should be very good-one of the best in the Big Ten. The line is loaded with veteran talent. And QB Alex Hornibrook continues to get better. It's hard to make a case for any team dethroning the Badgers in the Big Ten West.

Iowa?s offensive line is a work in progress. It looks like Alaric Jackson will be the left tackle. But the real questions are inside with James Daniels and Sean Welsh gone. Keegan Render looks like the center with Landen Paulsen and Cole Banwart at guard. Keep an eye on this group.

The Badgers have a great set of wideouts. The unit is led by veterans like Danny Davis, Quintez Cephus and A.J. Taylor. But keep an eye on early-enrollees Aron Cruickshank and Taj Mustapha. Each looked good this spring.

Penn State?s offense will be tough to stop. The Nittany Lions will have their best line n the James Franklin era. And QB Trace McSorley-a star on Saturday-has no shortage of weapons, even with Saquon Barkley gone a year early to the NFL.

DID YOU SEE THIS?

Penn State?s Keegan Michael-Key didn?t play, but the PSU alum and renown comic was a headliner for his dead-on impersonation of James Franklin. It?s uncanny.

Iowa fans take a bow, again, as they did their now-famous wave to children in the University of Iowa Children?s Hospital. No doubt, Hawkeye fans are in mid season form.