Dienhart: As expected, Frost the star of Nebraska spring game 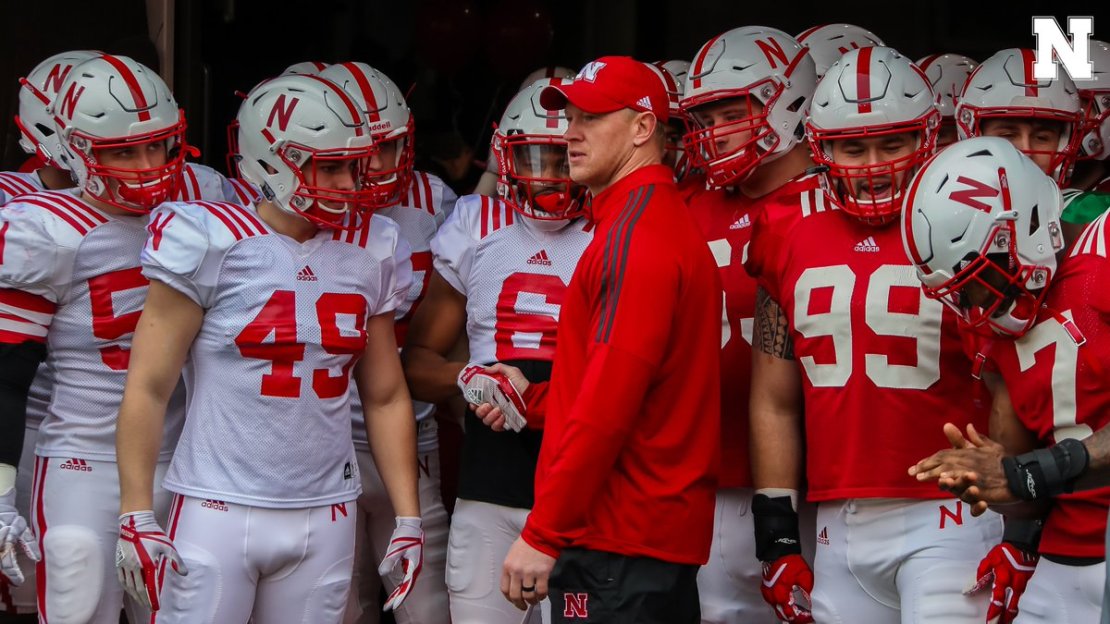 LINCOLN, Neb. - If you closed your eyes, you would have sworn it was September and the college football season was here.

Shiny SUVs with ?N? magnets on each passenger door inched toward campus on I-180. Kids in Eric Crouch No. 7 jerseys tossed footballs to dads in No. 12 Turner Gill jerseys. Brats sizzled on Hibachis. Valentino?s pizza was being served in the press box.

But, it?s only April. And, this was only the spring game. Nothing was on the line-but it still was a monumental occasion and a sight to behold with 86,818 paying fans squeezed into Memorial Stadium for one big Nebraska love fest. Every fan dipped in red on this day let their mind run wild with possibilities as the lid was being taken off the Scott Frost era.

The Red team beat the White team, 49-9. No big whoop. The star of the show? C?mon. Do you have to ask? It was Frost. With broad shoulders and a tapered waist, the 43-year-old Frost looks like he still could play. Sporting a red pullover and red ball cap emblazoned with an ?N,? Frost led his team onto the field before his congregation of worshipers.

Frost is one of them, a native Nebraska and a former NU quarterback who led the program to its last national championship, way back in 1997. Remember that year? When Bill Clinton was president? When Tiger Woods, at 21, became the youngest golfer ever to win The Masters? When Mike Tyson bit off part of Evander Holyfield?s ear?

Where have all the good times gone? Nebraska was once college football?s bully, winning three national titles in four years in the 1990s-and doing so with throat-stomping dominance. Now, the Huskers too often are being put on their back by schools like Northwestern, Purdue, Minnesota and Illinois.

It has to stop.

Enter Frost. The only thing missing from his attire today was a cape. Fans want to talk to him, touch him, tell him how much they like him, name their children after him. This is a fan base with boundless passion and dedication that has sold out this stadium for 361 consecutive game days dating all the way back to 1962.

Frost gets it. The losing has caused everyone to wince. Today, Frost is one step closer to hopefully flipping the script, one step closer to September 1, when Akron visits Nebraska for the season opener for what will be sellout No. 362 in a row.

Fans had been waiting for this day for months, dying for these three glorious hours of football at the cathedral that is Nebraska?s Memorial Stadium.

How would the team look?

Were the quarterbacks making progress?

Did the defense have any bite?

There was a lot to like. Early-enrollee freshman quarterback Adrian Martinez was a star, running for 60 yards and three scores and hitting 10-of-13 passes for 114 yards and a TD. And running backs Greg Bell and Mikale Wilbon turned heads. But honestly, no questions were answered on a day when the quarterbacks couldn?t be hit.

More than anything, today was a tease-a spring game dressed up as and a pep rally to prime the pump of possibilities for the golden boy coach who has come home to make Nebraska football matter again. It?s a story that writes itself-and it?s dying to be told.

Nebraska hasn?t been a factor from the Atlantic to the Pacific since Tom Osborne lieutenant Frank Solich was chased off to Athens, Ohio, to coach a MAC team after a 9-3 record and Alamo Bowl in 2003. That wasn?t deemed good enough for a Nebraska fan base that had come to expect national championships. Solich didn?t deliver any in six seasons. So, he had to go.

Oh, how the denizens of this state would love to taste 9-3 again. Since Solich left, there has been a procession of failed coaches.

Bill Callahan was aloof and perhaps too smart for his own good as he tried to change the program?s ground-pounding identity.

Bo Pelini coached like his hair was on fire. While the passion was great, he was too paranoid and too profane. Still, his punch-in-the-face style got some results.

Mike Riley would have been a great neighbor, lending you his weed-trimmer and chainsaw. But as a coach? Of this program? Schucks, poor Mike was out of his league-and past his prime.

He?s the $5 million man with a glistening resume who led plucky Central Florida to a 13-0 record last season. On this day, Frost said all the right things. It was easy. Everyone won today. There were no angry postgame radio show calls. Just lots of love and big dreams.

Who will be the QB? Is the o-line better? Can the defense stop anyone? Those questions can wait.

Nebraska fans needed this day. Appetites have been whetted. The Cornhuskers could use some big-time fun. There have been too many Foster Farms, Music City and Independance Bowls in Nebraksa?s recent history. And it?s stupefying to think the Huskers haven?t won a league championship since taking the 1999 Big 12 title.

And Frost wants to deliver.