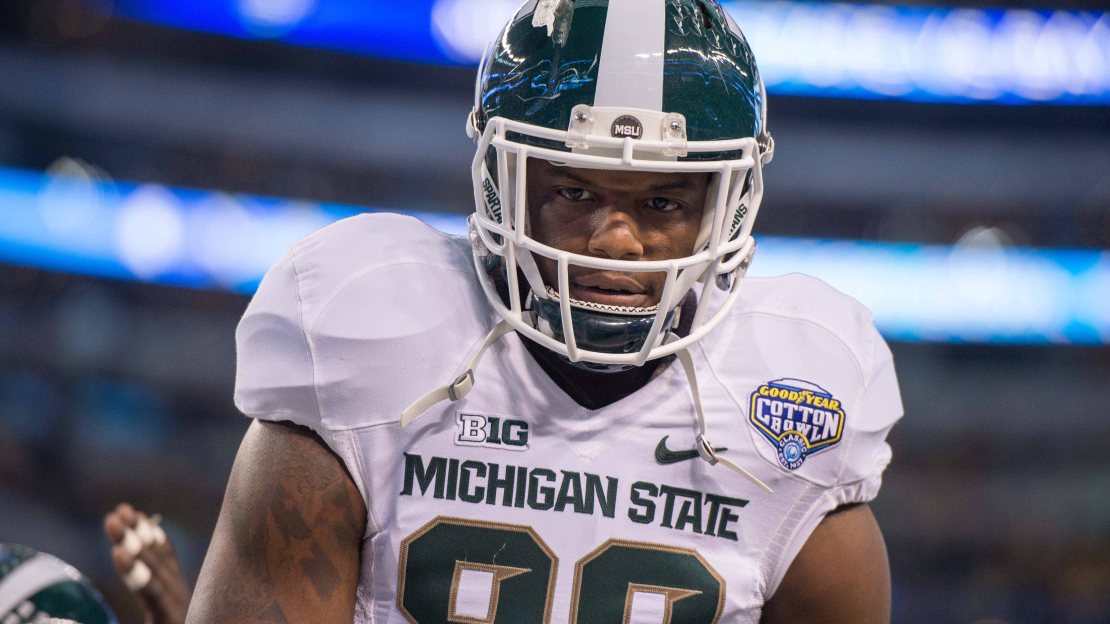 If you want to be a defensive back or a wideout, go to Michigan State. Mark Dantonio?s program has been proficient in producing players at both spots over the last 10 years, with six receivers and six d-backs getting tabbed. On the other end of the spectrum, MSU has had just one linebacker taken since 2008: Greg Jones in 2011.

This year?s draft doesn?t figure to be too productive for the Spartans, who lost just three starters on both sides of the ball (one on offense and two on defense) from last year?s surprising 10-win team. What?s it mean? Michigan State probably will have just one pick in the 2018 NFL draft: C Brian Allen, who figures at best to be a late-round selection.

Here is a look at the last year NFL drafts for Michigan State.