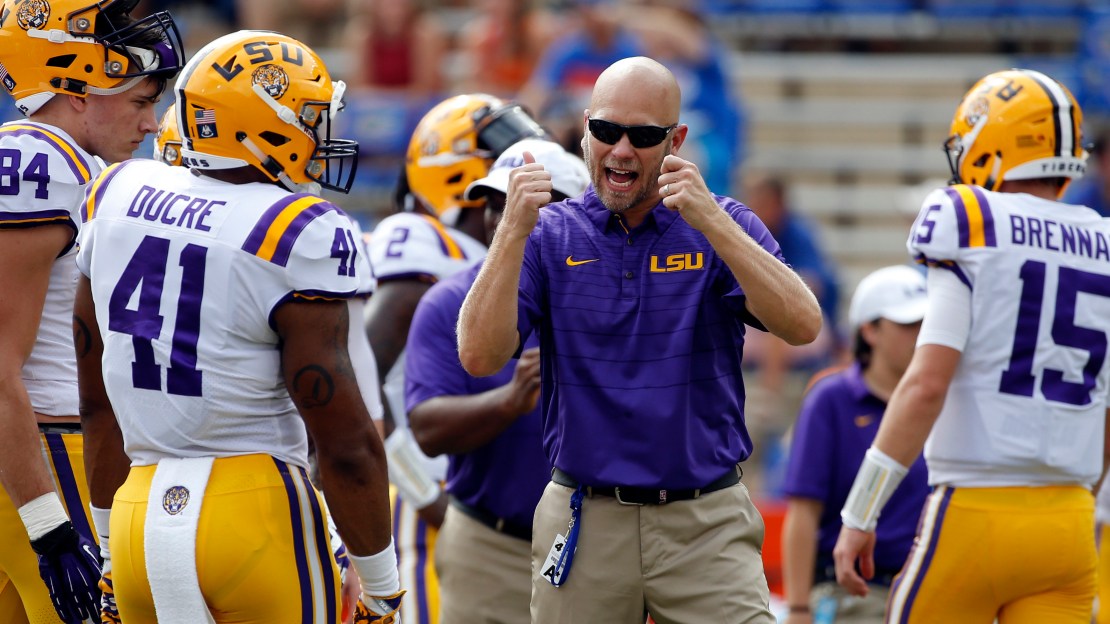 For new Maryland offensive coordinator Matt Canada, this is home. Not College Park, Maryland, but the Big Ten. An Indiana grad, Canada is back in the conference that first molded him over 25 years ago.

Back in the early 1990s, the Indiana native was in Bloomington working as a G.A. under Bill Mallory at his alma mater. Canada went on to become offensive coordinator at Northern Illinois, Indiana, Wisconsin, N.C. State, Pitt and LSU. Now, the 46-year-old Canada is working for DJ Durkin at Maryland, trying to help the Terrapins enjoy a breakthrough after going 6-7 and 4-8 in Durkin?s first two seasons.

I caught up with Canada this week as he was putting Maryland through its paces in spring ball.

Q: What?s it feel like to be back in the Big Ten?
A: Great. Kinda like coming home.

Q: Did you have any connection to DJ Durkin prior to being hired?
A: What we had is a lot of mutual friends. I have been with Coach (Andy) Buh at Wisconsin and Zach Azzanni at Wisconsin, too. And Scott Shafer is one of my best friends. (Durkin) reached out to me. And once there was an opportunity to talk about it, I talked to people I trusted who knew him.

Q: How will the offense be different than last season?
A: Before, they were fast all the time and more spread. We will use our tight ends a little bit more. I don?t want to get too much into it. We want to run the football. And we will do what everyone does: Try to get the best players on the team the ball. We want our best players to be in position to make plays.

Q: How does the talent in College Park compare to LSU?
A: I think our talent is really good. We have an experienced group coming back up front. A couple are nicked up here in the spring. But anytime the strength of your team is the offensive line, I think that?s impressive. The depth we have at running back is really good. I am excited about the guys that we have. We have some young guys on the edge who have the ability to make some plays. Our quarterback situation is moving pretty good. We will just see how it all goes.

Q: How do the quarterbacks look?
A: We aren?t anywhere close to making a decision (on a starter). Two guys (Tyrrell Pigrome and Kasim Hill) are still out from their knee injuries from last year. They have thrown a couple balls here and there this spring. But they aren?t taking any reps. Max (Bortenschlager) has done a great job this spring learning the offense. (Early enrollee) Tyler (DeSue) has done a good job and has gotten some valuable reps with those guys being out.

Q: Would you play two quarterbacks?
A: I?m fine with whatever we can do to win. The last time I did that was at Northern (Illinois) in 2011 and we had Chandler Harnish and Jordan Lynch. Chandler was the primary guy, but we did send Jordan in. We all have our different philosophies. We are wide-open right now to whatever the best thing is for us to score points and move the football. We won?t lock ourselves into anything now.

Q: Who will be your new D.J. Moore?
A: I think we have a lot of different guys, but it will be hard to be another D.J. Moore. He was a really special player. We have done a good job spreading the ball around.

When you have a guy like Moore leave, it creates a big vacuum where all of those balls will go. I?m not sure how it will spread out, but there will be guys who get some chances and they are excited about it.

Q: Do you stay in touch with Bill Mallory?
A: Oh, yes. I talk or text with Coach Mallory probably every four or six weeks. He is a great man and has been a huge part of my coaching life and life in general. He is a real special guy.

Q: Coach Mallory sends text messages?
A: Oh, yes. There is nothing he can?t do.