How Michigan State is conserving wildlife, one statue at a time: BTN LiveBIG 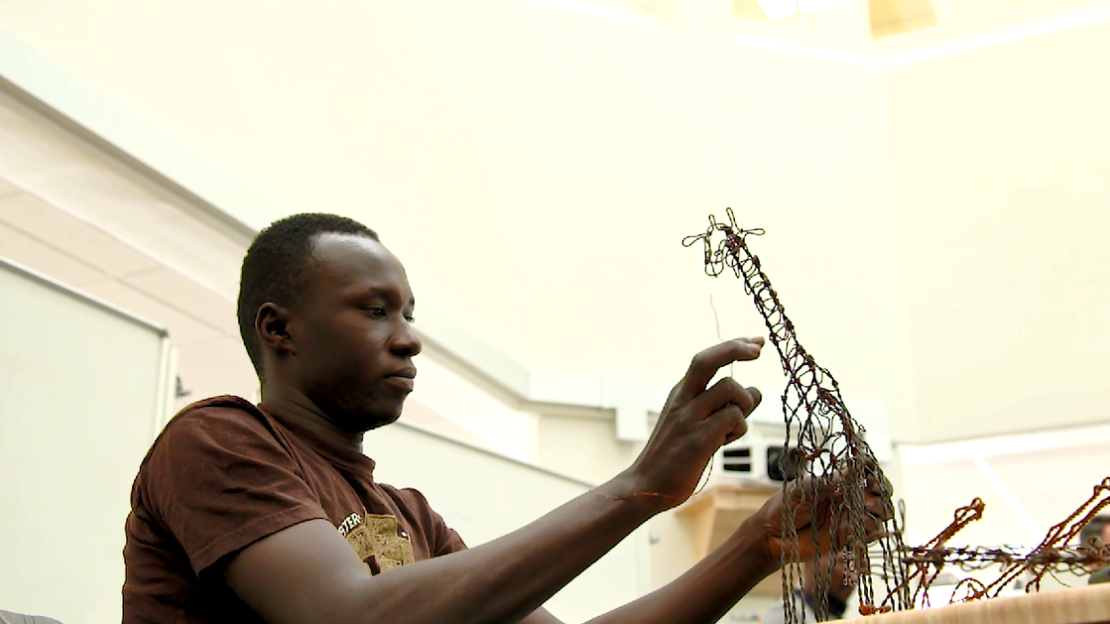 What comes to mind when you think of a poacher?

Is it an opportunistic brigand who plunders from the landscape rare and exotic animals, harvesting them whole or by the part for the promise of a quick buck?

Often that is what comes to mind, and, indeed, that is often the case. But poachers are people, and they come in every stripe, with myriad reasons for their verboten hunting.

Take, for instance, the youth of the Pakwach region of northern Uganda. Most of them eke out a meager existence on the land, primarily in the protected Murchison Falls National Park. In order to feed themselves and their families, they hunt for antelope and other bush meat with the only means available to them, making crude snares from metal cables ripped from discarded tires.

The snares do catch antelope, but they don?t discriminate. Frequently, lions, giraffe, even elephants get caught in these makeshift traps. The result is often dismemberment or death for these animals, many of which are endangered or threatened.

A nonprofit initiative created by wildlife researchers at Michigan State University, Snares to Wares, has been working to stem the tide of poaching in Uganda. Tutilo Mudumba, a Ph.D. candidate at Michigan State and co-director of the initiative, has been working with Snares to Wares since its inception. As he explains, the strategy they employ seeks not just to abolish poaching, but to replace it with a viable alternative.

?Subsistence poaching in Uganda is very common,? says Mudumba. ?It is as old as the establishment of protected areas in Africa. We want to get rid of all wire snares in the landscape, so we are collecting these wires and passing them over to youth in the nearby towns, and these youths are turning these wires into sculptures. They make lion, giraffe and elephant sculptures that are for sale both locally and internationally. Thereby sustaining the youth not from the killing of wildlife, but from the sale of images of wildlife.?

Snares to Wares was born of a research trip Mudumba took back to his native Uganda with Robert Montgomery, an associate professor of wildlife ecology at Michigan State. The pair were studying lion ecology but were alarmed by the rate of poaching and the affect it had on the region?s lion population.

The problem, though, was much larger than it seemed on the surface, Montgomery notes. ?What we perceived to be a wildlife conservation problem was anything but. Tracing the source of the poaching injuries that we were seeing, we found that this was an important human livelihood issue.?

Today, Snares to Wares employs 250 artisans, mostly young men who would have otherwise resorted to poaching. The organization trains them to reconfigure the confiscated snares into beautiful statues that pay homage to rather than prey upon the local wildlife. The proceeds from the sale of the statues pays a fair and honest wage to the artisans. All profits are invested back into growing the program and expanding conservation efforts in Uganda.

Snares to Wares also provides the artisans and local children with the opportunity to visit their national parks and conservation areas in order to gain a deeper appreciation for the animals and their role in the environment.

?The youth of Pakwach, for the very first time, are interacting with wildlife, not in a negative way, but in a positive way,? says Mudumba. ?They?re interacting with and improving their empathy towards the animals, so they?re more likely to conserve them.?

The program?s impact is even felt back in East Lansing, says Montgomery, highlighting how, with the university?s backing, Snares to Wares has grown into an initiative with a multitude of benefits.

?It?s remarkable for me to work at an institution like Michigan State, which emphasizes the importance of creating diverse opportunities,? he explains. ?We have created an entrepreneurial experiential and interdisciplinary course that positions undergraduates to become the business operators of Snares to Wares. Simultaneously, we are benefitting human communities in Uganda. We are recruiting host country students to get their Ph.D. at Michigan State, and we are sustaining wildlife conservation research efforts into the future.?