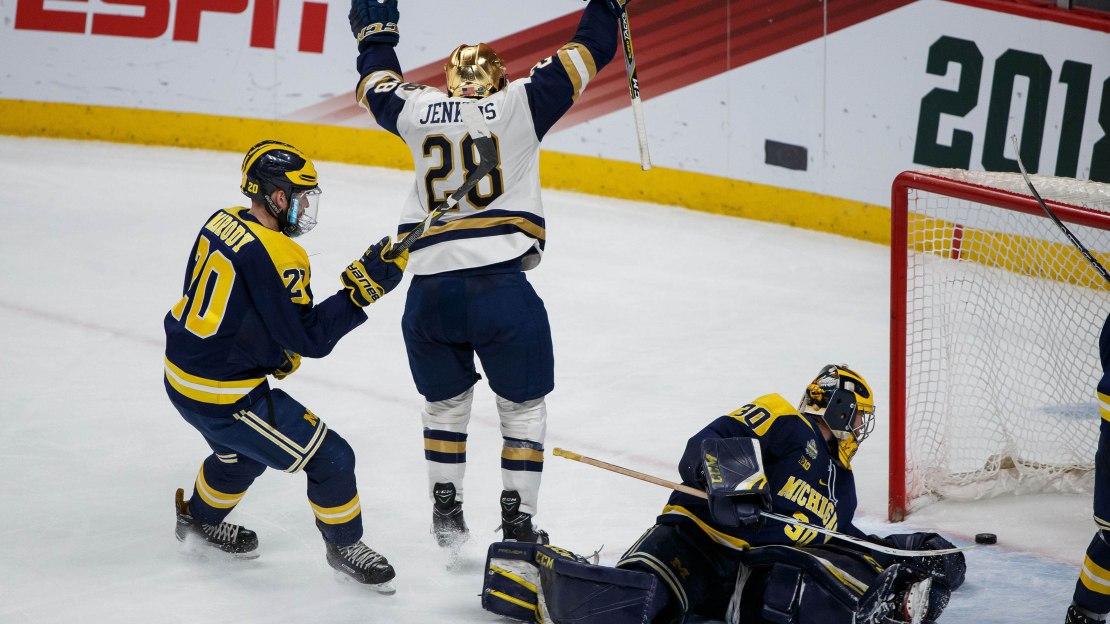 The 2018 Frozen Four got underway Thursday in St. Paul, Minn., and it featured three Big Ten teams in semifinal action.

Michigan, Notre Dame and Ohio State all represented the Big Ten, guaranteeing the conference a berth in Saturday's National Championship. Minnesota-Duluth was the only non-Big Ten team represented. Get the full schedule and results for the Frozen Four here.

Notre Dame defeated Michigan 4-3 in the second semifinal with a thrilling finish, scoring the winning goal with five seconds remaining. The Irish will represent the Big Ten in the title game in their first season as a member of the conference.

The captain comes through with only seconds to spare to win the game for the Fighting Irish!!#FrozenFour pic.twitter.com/lscS86r0w0