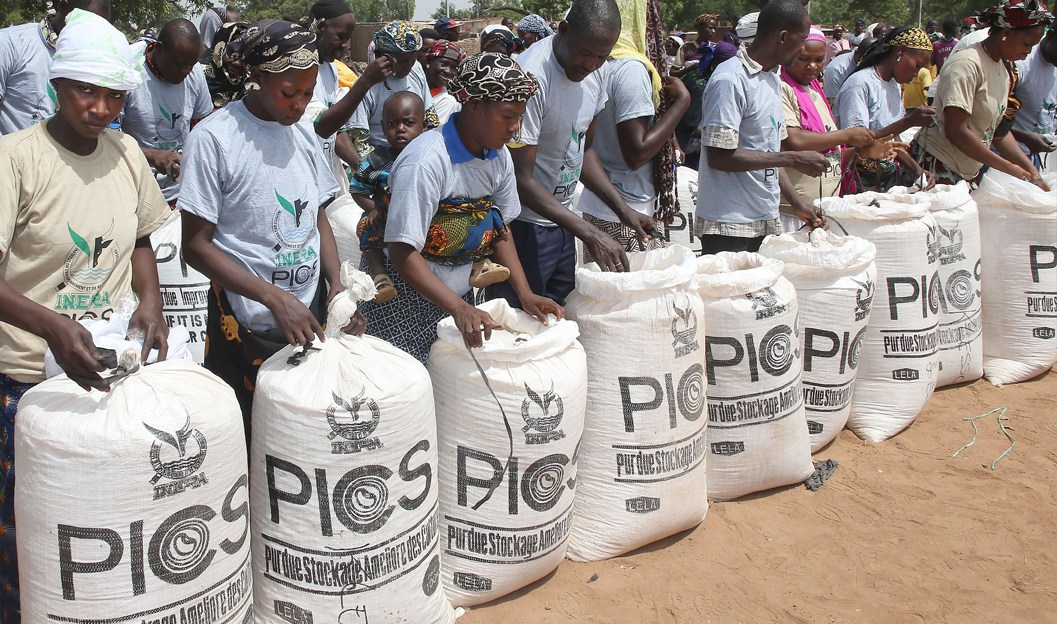 It?s seemingly very simple: a bag for storing grain after the harvest. But what about this bag could draw the attention - and investment dollars - of the Bill and Melinda Gates Foundation and the recognition of agronomists, agricultural researchers and food chain specialists worldwide?

This isn?t just any bag, though; it?s the Purdue Improved Crop Storage, or PICS, bag. PICS designer Larry Murdock, a distinguished professor of entomology at Purdue, recently told the Purdue News service that his travels in Africa in the 1980?s illuminated the problems farmers face in safely securing their crops after harvest.

?In the late 1980s I traveled to Cameroon, Africa, and after talking with farmers I became convinced that post-harvest losses were one of the major constraints for farmers, preventing them from increasing production, feeding their families, and maintaining a livelihood,? he said. ?At first, I wanted to address post-harvest storage for specifically cowpeas, or black-eyed peas.?

PICS bags have 3-ply plastic walls which seal out moisture and insect pests that could easily spoil grains and legumes. This both broadens the window of time that a farmer has to consume or sell the crop and eliminates the need to use potentially poisonous insecticides.

While the PICS project started with the goal of protecting cowpea crops, the bags have proved useful for a variety of crops, from sorghum to rice to groundnuts. (To find out more about the history of PICS, check out our 2014 vignette highlighting the project.)

Now PICS bags are being brought to market thanks to PICS Global Inc., a company founded by Murdock, Dieudonné Baributsa, an associate professor of entomology at Purdue, and Laurie Kitch, a former Ph.D. student of Murdock?s.

To find out more about PICS bags and how they are helping farmers safeguard the fruits of the labors for sustenance and profit, follow the above link to Purdue?s full article.