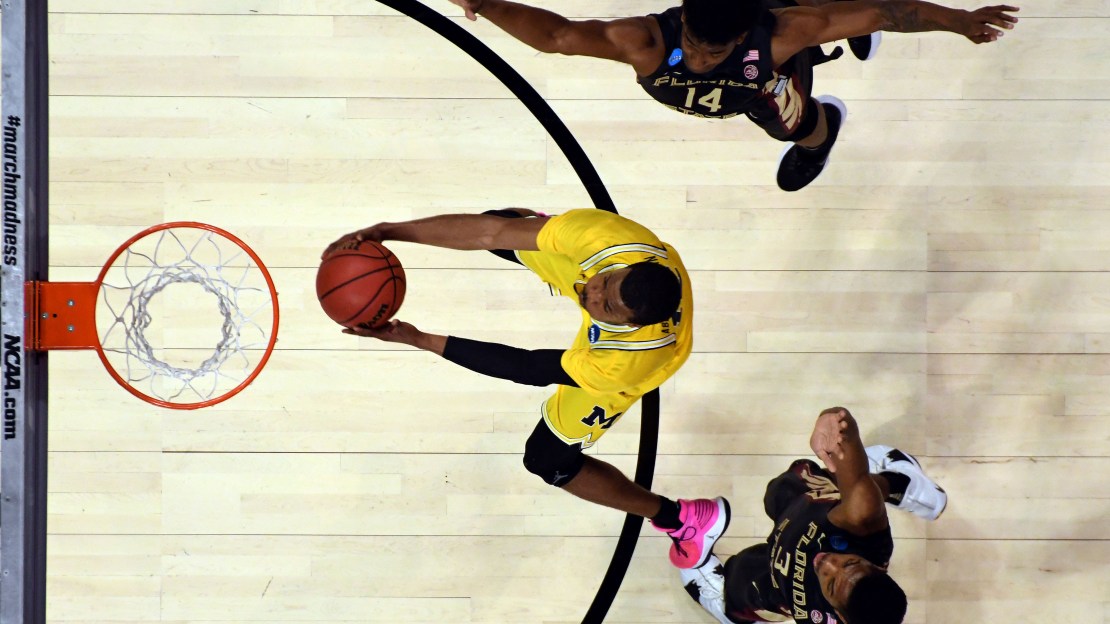 It all comes down to one game: No. 3 Michigan vs. No. 1 Villanova for the national championship in San Anotonio.

The Wolverines are trying to win their second crown ever, last cutting down the nets in 1988-89 behind Glen Rice and Rumeal Robinson. If Michigan wins, it will be the first championship for the Big Ten since Michigan State took home the hardware in 1999-2000.

The Wildcats are trying to win their second title in three years, beating North Carolina on a last-second shot in 2016.

I talked to an NBA scout who is in San Antonio for the Final Four and had him break down the game.

Q: What is the key for Michigan to win?

A: I would say No. 1 is pray Villanova doesn?t shoot well. If they shoot it well, it?s over. I think the reason Michigan has a chance is that they can defend. I think Michigan is very good defensively. But it?s tough because Villanova has five guys who can shoot. So, (Moritz) Wagner is going to have to come out and defend out on the floor.

When Villanova switches with (Eric) Paschall and (Mikal) Bridges, they are big guys who can circle and front Wagner inside. Every advantage in my mind goes to Villanova. So, if you are Michigan, you hope Villanova doesn?t have its A game and that Michigan has its A game. If that happens, then Michigan can beat them.

Q: How do you defend Villanova?

A: Usually the first drive, the rotations are good (for defenses vs. Villanova). They drive, and you help, and you rotate well. Then, they drive it again, and then you rotate to help, and then you are leaving shooters open. It?s instinctive for a big guy to help. It?s what he?s always been taught. So it will be hard for Michigan.

And what happens if you do stay attached to all the shooters? Then you are picking your poison. I have seen Villanova win with the 3, and I have seen them win ugly, as they call it. You help, and all of sudden (Jalen) Brunson is laying it in.

The champion isn?t the best team, it?s usually the team that?s playing the best. Michigan still has a puncher?s chance.

Q: What does Michigan need to do on offense?

A: Michigan has to shoot the ball well. They have to hit some 3s. I don?t think they will beat them unless they shoot the ball well. Michigan will defend and bust its butt, but you know Villanova is going to score. So to beat them, you are going to have to score. I don?t think you can depend on Wagner having the kind of night he had vs. Loyola. (Charles) Matthews had an excellent night (vs. Loyola). (Muhammad-Ali) Abdur-Rahkman is due. He didn?t have a good game. If they shoot well and defend like they do, they have a chance. But if I had money, and I?m not a gambling guy, I think I would have to put it on Villanova.

Q: Anything Michigan can do to dictate tempo or shorten the game?

A: Villanova can win any way. They are at their best when they are shooting the 3. But they have won not shooting the 3. They have won with fastbreak teams and halfcourt teams. They can win anyway. I don?t think there is a sure-fire blueprint to beat them. Villanova controls the tempo. They push it when they see it and they rest when they want to rest. They will walk it up. Then, on a rebound, they will get out and run. They do a good job of controlling tempo. They play the type of tempo they want to play. They are really good at it.

Q: Either school have a coaching edge between Jay Wright and John Beilein?

A: No. Both are great coaches. There is no advantage. The advantage is if you hit shots. The coach whose players do that will look smarter.

Q: How many NBA players are on these teams?

A: I think you have Brunson and Bridges and some peripheral guys on Villanova who may be G League guys. If you look at draft boards, it?s Bridges and Brunson. For Michigan, it?s Wagner and that?s it right now. (Charles) Matthews or (Muhammad-Ali) Abdur-Rahkman could be but aren?t on draft boards. Matthews has been playing well. But all the information isn?t in. There are camps that still will take place along with individual workouts. But for now, it?s the two on Villanova and one on Michigan.