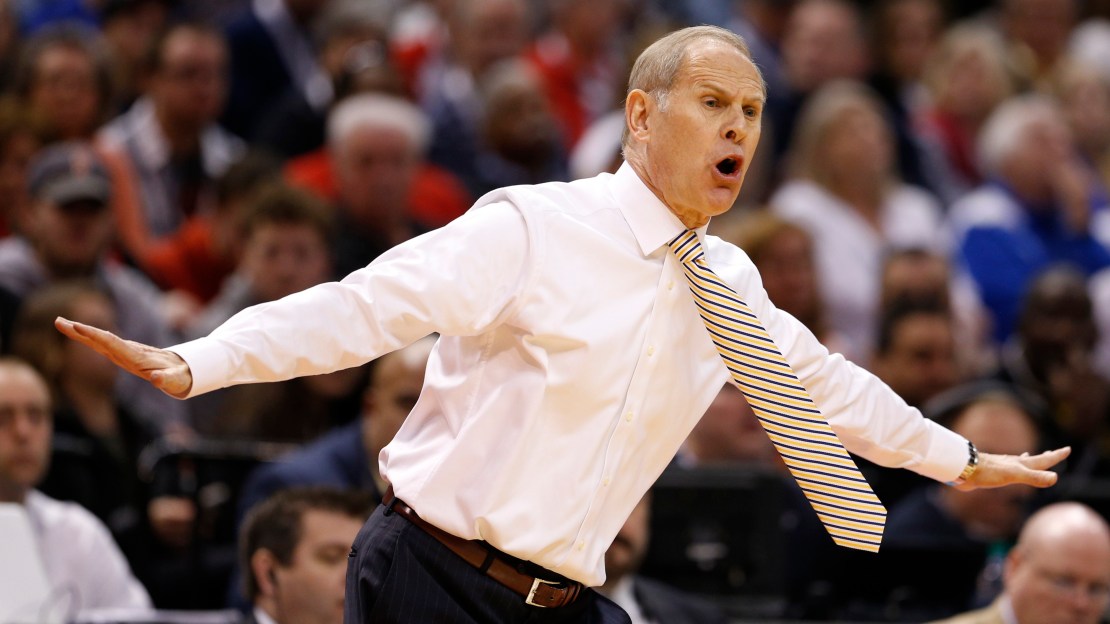 You've certainly heard it by now.

Villanova is going to beat Michigan.

The Wildcats are a buzz-saw.

Go ahead and crown Villanova champs for the second time in three years.

Yes, Jay Wright's Villanova squad is rolling and arguably the best team in the nation this season-as well as maybe the best program in the country over the last three seasons.

More Villanova (35-4) awesomeness: The No. 1 Wildcats destroyed No. 1 Kansas in their national semifinal game on Saturday night, taking a 95-79 snoozer vs. the Jayhawks that essentially was over by halftime. It was an impressive onslaught. Led by national player of the year Jay Brunson, Villanova was deadly from long range vs. poor Kansas, tying the Final Four mark for 3-pointers made in a game … in the first half! VU went on to break the record early in the second half, finishing 18-of-40 from beyond the arc.

Ho-hum, just another day at the NCAA tourney office for Villanova, which won its first five 2018 tournament games by an average of 17.6 points per game.

Does Michigan have a chance? The path to the title game has been paved in velvet for the Wolverines, who have had to beat Nos. 14, 8, 7, 9 and 11 seeds. Now, a monster No. 1 seed looms in Villanova, as Michigan tries to win the Big Ten's first national title since Michigan State cut down the nets in 1999-2000.

The oddsmakers are in awe of the Wildcats, who are the largest favorites in the title game since Duke was a seven-point favorite over Butler in the 2010 title tilt. So, if you have kept track of such things, Villanova now has been favored in every game this season.

Michigan has Villanova right where it wants it. Led by Moritz Wagner and Charles, Matthews, the little ol' Wolverines are 33-7, winners of 14 in a row as they come off a Final Four win vs. Loyola, smashing the fairytale season of Sister Jean and the Ramblers with a 69-57 win. It was another impressive display of defense for John Beilein's program, which forced 17 turnovers and is in the title game for the second time in six years and is in search of the school's first national championship since 1988-89.

As the underdog, No. 3 Michigan has no pressure. It's not supposed to win, remember? The Wolverines can play loose and free. Have fun, fellas. Some felt Michigan had a shot to reach the Final Four after closing the regular season on a roll and winning the Big Ten tourney. But to win it all? Nah.

This seemingly fait-accompli scheduled for Monday night in San Antonio conjures memories of some other NCAA title games when one team was expected to win the championship game with relative ease … and lost.

Texas Western 1966: This was an iconic title game, as Don Haskins' team started an all-African-American lineup and stunned Adolph Rupp's mighty Kentucky squad that started an all-white lineup, 72-65. It was a seminal point in sports history. The 2006 movie "Glory Road" is based on the 1966 Texas Western club.

N.C. State 1983: Who can forget the sight of Jim Valvano sprinting on the court, looking for someone to hug after the miraculous Dereck Whittenburg-to-Lorenzo Charles airball/dunk sunk mighty Houston and Hakeem Olajuwon and Clyde Drexler, 54-52? Pundits felt the real title game was played two days earlier when Houston beat Louisville. This Wolfpack squad, a No. 6 seed, has become part of American sports lore.

Villanova 1985: VU fans surely never will forget the "perfect game" the Wildcats played in shocking No. 1 Georgetown by a 66-63 score. Dwayne McClain had 17 points and Ed Pinckney scored 16 points with six rebounds as VU shot 78 percent (22-of-28) to stun Patrick Ewing, John Thompson as the Hoyas. Rollie Massimino's No. 8 Wildcats still are the lowest-seeded team to win it all. Not bad for a Villanova team that "had no chance to win."

Kansas 1988: Led by Danny Manning, the No. 6 Jayhawks rolled to the title by taking down Big Eight rival Oklahoma and Billy Tubbs in the title game, 83-79. KU had 11 losses, the most ever for an NCAA champ. Because of the improbable title, Larry Brown's team became known as "Danny and the Miracles." The No. 1 Sooners' Stacey King, Mookie Blaylock and Harvey Grant were stunned.

Michigan 1989: Prior to the start of the NCAA tourney, Michigan coach Bill Frieder said he would be taking the Arizona State job when the season was finished. Wolverine AD Bo Schembechler told Frieder he could leave now, promoting assistant Steve Fisher to "interim" head coach. How would this late-season tumult impact Michigan? No big deal. Fisher proceeded to lead the No. 3 Wolverines to the championship with an 80-79 OT win against P.J. Carlesimo and Seton Hall. Few saw a run like this coming after the abrupt coaching change.