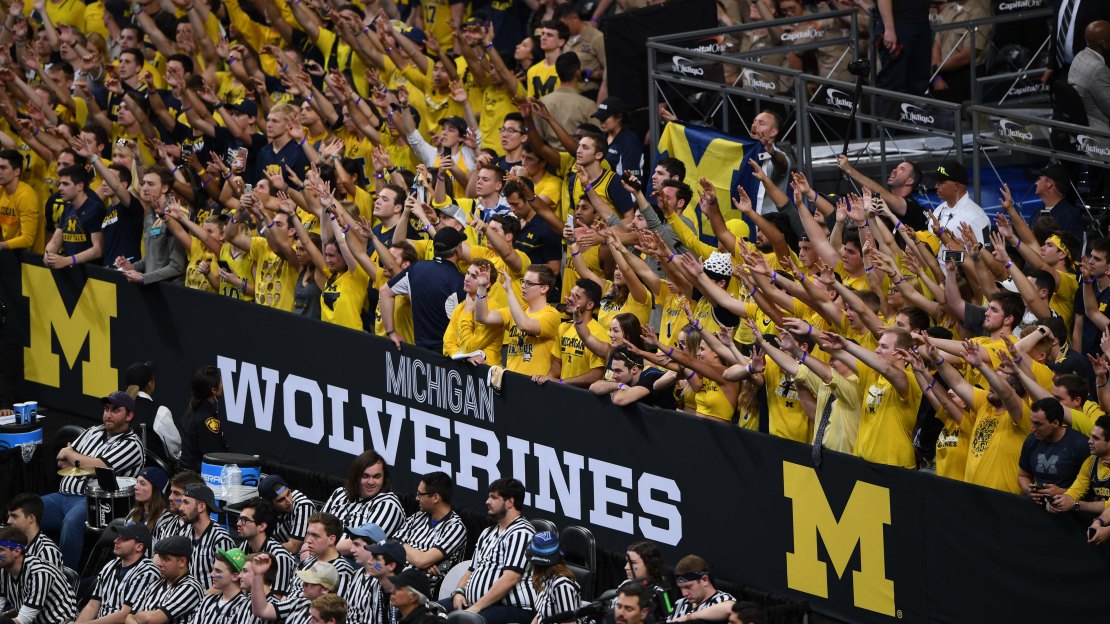 Ding-dong, Cinderella is dead. The magical ride of No. 11 Loyola is over, while the fun journey for No. 3 Michigan continues after the Wolverines? 69-57 victory on Saturday in the Final Four in San Antonio.

It wasn?t a pretty win. But, it was effective. People will call it a ?rock fight,? the trendy (and tiresome) phrase of the 2018 NCAA tourney when it comes to describing a low-scoring, hard-fought affair.

Michigan was the pick of many pundits to reach the Final Four, given how hot the Wolverines were down the stretch in winning the Big Ten tourney title. And, Michigan hasn?t disappointed.

The Wolverines started well, but tailed off in the first half. Michigan led, 12-4, with 12:40 to go in the opening 20 minutes. From that point, Loyola outscored the Wolverines, 25-10, to lead 29-22 at the half despite being out rebounded (21-18 overall and 8-2 offensive board edge) and not hitting a 3-pointer (0-for-3). Credit the Rambler defense, which limited Michigan to 29 percent shooing in the first half and forced eight turnovers.

The Wolverines found life in the second half by taking the ball to the basket and committing just three turnovers. And Michigan also found its mark from 3-point range with some timely bombs to keep Loyola at bay.

Michigan rode a 13-game winning streak into the Final Four vs. the lovable Ramblers, the Wolverines? eighth trip to the Final Four. Michigan has won the championship one time: 1988-89, when program toppled Seton Hall in overtime under ?interim? coach Steve Fisher. The Wolverines rode into San Antonio with wins over No. 14 Montana, No. 6 Houston, No. 7 Texas A&M and No. 9 Florida State. Now, add Loyola to Michigan?s list of victims.

Best player: Moritz Wagner. He is Michigan?s best player. And he played like it on this night. The lithe junior tallied a game-high 24 points on 10-of-16 shooting, getting some key hoops on offensive put-backs. He also finished with a whopping 15 rebounds (six offensive). The Wolverines needed Wagner?s production, as guards Muhammad-Ali Abdur-Rahkman and Zavier Simpson were off the mark. They went a combined 2-of-17 shooting for seven points, all scored by Abdur-Rahkman. Wagner saved the day with one of the best games of his career.

Best stat: 24 & 15, Moe Wagner's points and rebounds, joining eventual NBA Hall of Famers Larry Bird and Hakeem Olajuwon as the only players to put up such numbers in a national semifinal.

Best moment: There were a few, and the internet really liked Sister Jean leaving the court in the final minutes. But I loved the moment below, when Moe Wagner, somehow, kept his balance while leaving the elevated Alamodome court, avoiding the TBS announcing team and the rest of press row. (He did break Bill Raftery's glasses, though.) Perhaps the best part of the moment was color commentator Grant Hill's face when Wagner was coming toward press row. The video doesn't show it, but the internet got it.

It was over when: Loyola led by seven at halftime and pushed its lead to 10 points in the second half, taking a 41-31 lead at the 14:10 mark in the final 20 minutes. But it was all Michigan from there, as the Wolverines outscored the Ramblers, 38-16, the rest of the way to advance to the national title game for the second time in six years.

What?s next: Michigan will take on the winner of the No. 1 Villanova vs. No. 1 Kansas for the championship on Monday. The Wolverines will be looking to notch the Big Ten?s first national title since Michigan State cut down the nets in the 2000 tourney.