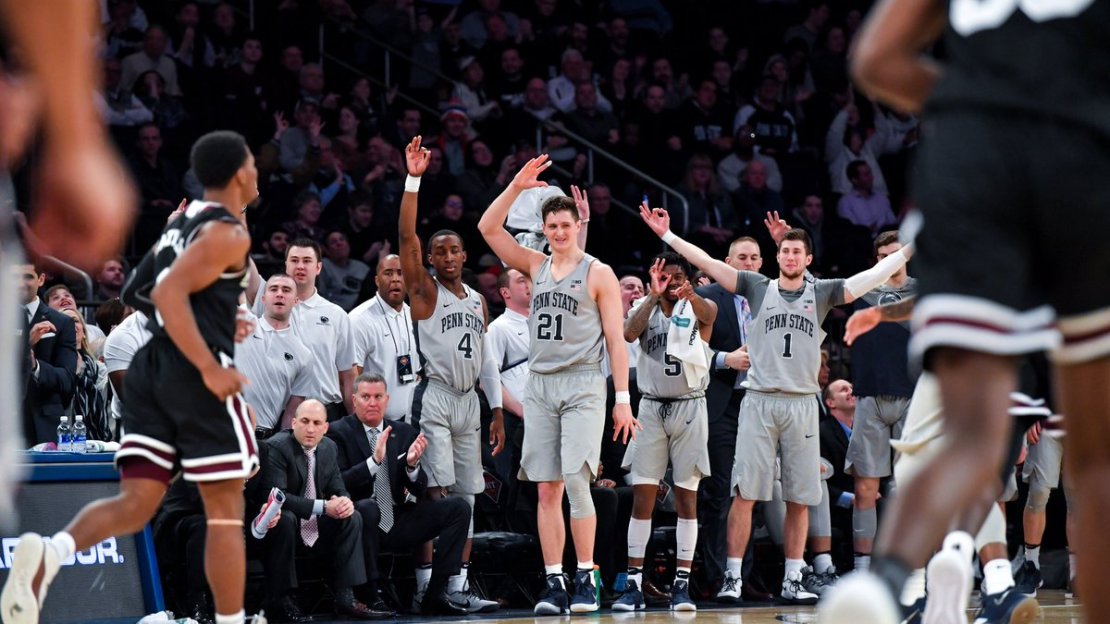 The fourth-seeded Nittany Lions (25-13) will play No. 2 seed Utah for the championship Thursday night at Madison Square Garden.

After the score was tied 9-all, Penn State ended the first quarter on a 9-2 run. From there, the Nittany Lions opened the second with a 19-0 spurt capped by Garner's 3 off an assist from Carr to make it 37-11.

Mississippi State (25-12) wasn't able to get within 20 until there was 7:56 left in the game. Abdul Ado's dunk made it 65-47, but that was the closest the Bulldogs got before the waning moments.

Mississippi State was led by Tyson Carter's 19 points off the bench. Ado had 13 points and seven rebounds.

Mississippi State: With just one senior on the roster, the Bulldogs will return most of their team and have something positive to build off as they try to move up the rankings in the rugged SEC next season.