Left out of NCAA tourney, Penn State sits one win away from NIT title 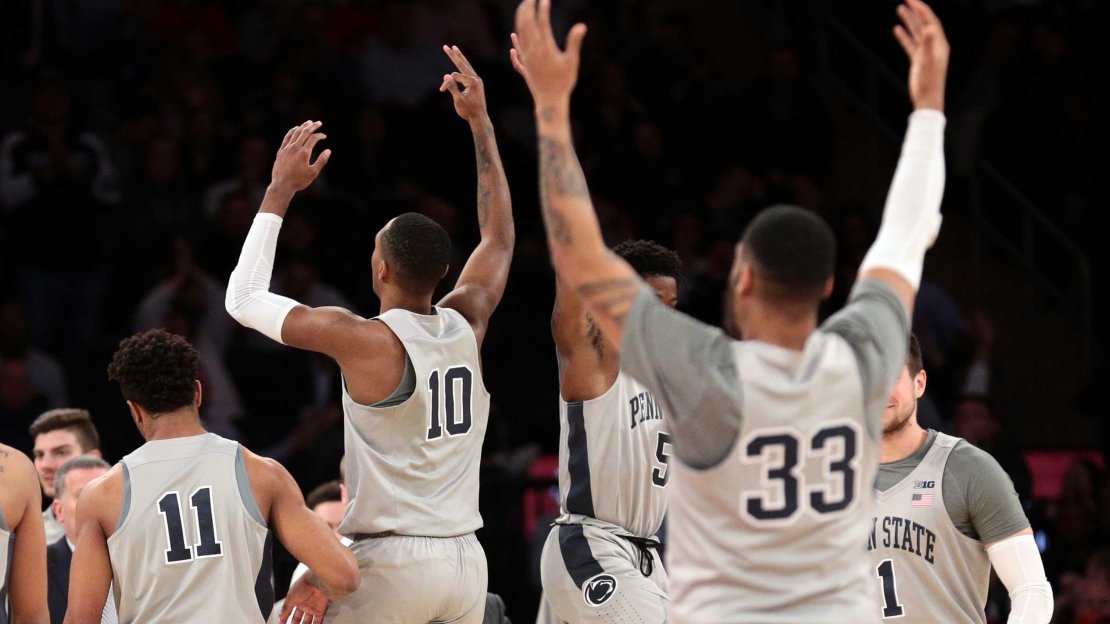 It was disappointing for Penn State not to earn an NCAA bid for the first time since 2011, but Pat Chambers' squad is doing all it can to punctuate the season on a strong note by winning the NIT. Penn State will take on Utah for the NIT title on Thursday at Madison Square Garden.

Could this strong run be a catalyst for a big 2018-19? Carr may turn pro and Garner is a senior, but Stevens, Reaves and Watkins should be back in what looks like a wide open Big Ten.

Either way, here's a look at how the most recent Big Ten teams fared after winning the NIT.

2014 Minnesota
After leading the Golden Gophers to the NIT title his first year in Dinkytown, Richard Pitino couldn't sustain that success in Year Two. In 2014-15, Minnesota went 18-15 overall and 6-12 in the Big Ten behind players like Andre Hollins, Maurice Walker, Carlos Morris and freshman Nate Mason. Pitino got the Gophers to the Big Dance two years later in 2016-17 and is looking to get the program back on track after another tough season.

2009 Penn State
To put it bluntly, the 2009-10 Nittany Lions were a big disappointment under Ed DeChellis. PSU went 11-20 overall and 3-15 in the Big Ten, good for 11th in the Big Ten. Talor Battle did all he could, averaging 18.5 points. But this was an offensively challenged team. DeChelllis would lead Penn State to the NCAA tourney the next season but still would be gone, ushering in Pat Chambers.

2008 Ohio State
Thad Matta used the 2008 NIT crown as a catalyst to the NCAA tourney in the 2008-09 season. The Buckeyes went 22-11 overall and finished fifth in the Big Ten with a 10-8 mark, earning a No. 8 seed in the NCAA tourney where they lost to No. 9 Siena. This Ohio State club has some players, including Evan Turner, Jon Diebler and William Buford, as it finished runner-up in the Big Ten tourney to Purdue.

2004 Michigan
The Wolverines took a step back after the NIT crown, going 13-18 overall and 4-12 in the Big Ten, good for ninth place. Dion Harris, Courtney Sims and Chris Hunter were the top options for coach Tommy Amaker, who would coach two more years in Ann Arbor and never reach the postseason again before leaving for Harvard where he has earned four NCAA bids.