Dienhart: There are similarities between 1989 and 2018 Michigan 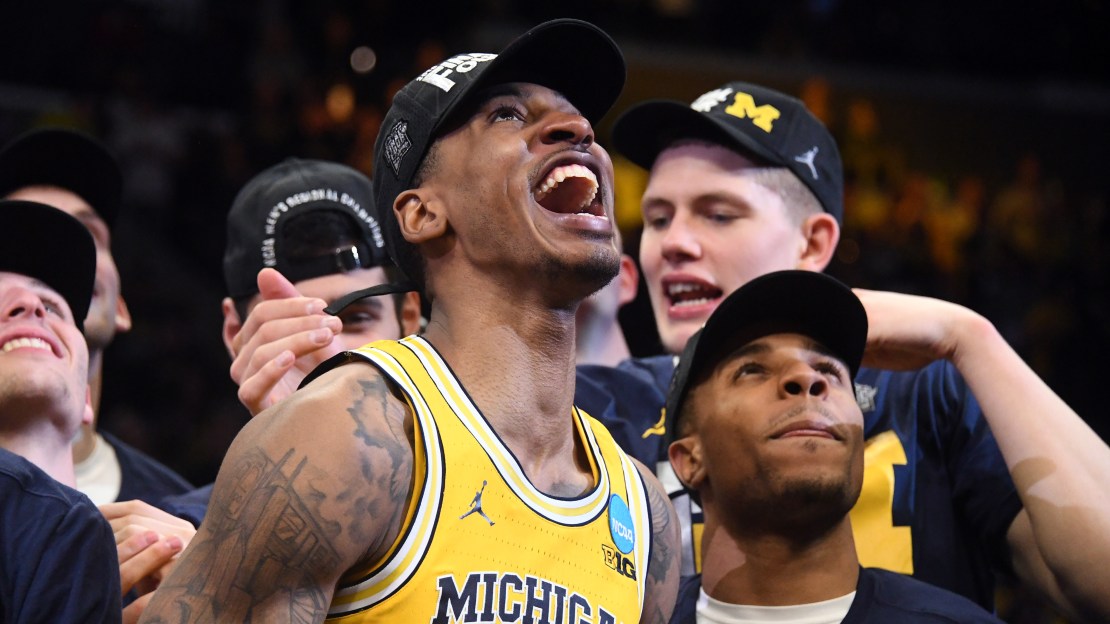 It was 29 years ago. George Bush was president, cell phones were the stuff of Star Trek and the Internet was a dream. They were simpler times. And they were happy times for Michigan, which cut down the nets for its one and only national championship.

History soon could repeat itself.

No one expected the Wolverines to be the champs when the 1989 NCAA tourney began, especially after Michigan A.D. Bo Schembechler told Bill Frieder to pack his bags after saying he was taking the Arizona State job when the tourney ended. Schembechler said a "Michigan man is going to coach a Michigan team" and promoted assistant Steve Fisher, famously giving him the "interim" tag. Fisher promptly led the Wolverines to the title.

That Michigan squad finished third in the Big Ten with a 12-6 record and earned a No. 3 seed. A solid resume. It's also a resume that closely resembles this year's team that plays suffocating defense and is led by Moritz Wagner, Charles Matthews, Zavier Simpson and Muhammad-Ali Abdur-Rahkman. Check it out: The 2017-18 Wolverines are a No. 3 seed. And John Beilein's team finished tied for fourth in the Big Ten with a 13-5 record.

Just like in 1989, when No. 1 seeds Georgetown, Oklahoma, Arizona and Illinois' Flyin' Illini were the favs, Michigan was mostly an afterthought to win it all. But there was a special mojo to that Wolverine team, just like this year's club.

Back in 1989, Michigan opened with a win vs. No. 14 Xavier, then took down No. 11 South Florida. In the Sweet 16, the Wolverines jettisoned No. 2 North Carolina and then dispatched No. 5 Virginia to reach the Final Four in Seattle. There were no nail-biters on the road to the the Final Four, as all of Michigan's win were by five points or more. The games in the Final Four, however, would be much closer.

The Wolverines had en epic battle with Lou Henson's Illinois, led by Kenny Battle, Kendall Gill, Stephen Bardo, Marcus Liberty, Nick Anderson and Lowell Hamilton. The Fighting Illini had beaten Michigan two times in the regular season. But the tide would turn on the big stage of the Final Four.

In a game that featured 33 lead changes, Battle hit a short jumper in the lane, tying the score at 81 with 33 seconds left. That's when Michigan's Rumeal Robinson took the ball and ran the clock down to the final few seconds before finding Terry Mills in the right corner. His 3-point attempt was long, but Sean Higgins rebounded and hit a short shot for the game-winning points with two seconds hanging on the clock. For the first time since 1976, Michigan was on to the title game. And it would face No. 3 Seton Hall, led by P.J. Carlesimo.

Like the semifinal vs. Illinois, Michigan-Seton Hall was a nip-and-tuck affair that goes down as one of the most thrilling title games ever. In the first overtime in the history of the title game, the Wolverines won 80-79 when Robinson sank two free throws late. He was just a 64 percent free-throw shooter.

Glen Rice was the catalyst of the improbable six-game run to the title, earning Most Outstanding Player honors. He tallied 31 points in the final and averaged 30.7 in the NCAA tourney (184 points) in one of the most impressive efforts in Big Dance annals.

Fast-forward to today. Michigan will take on Cinderella Loyola on Saturday in the Final Four in San Antonio. Loyola is a No. 11 seed. Back in 1989, all four 11 seeds advanced out of the first round. In the other seminal on Saturday, No. 1 Kansas will play No. 1 Villanova. Back in 1989, Kansas missed the Big Dance for violating NCAA rules under Larry Brown one season after winning the title. The Jayhawks haven't missed the NCAA tourney since. Brown went on to coach the San Antonio Spurs, helping set in motion what has been a decades-long run of success for the Spurs.

So, here is Kansas, looking for its first national title since 2008.

Here is Villanova, looking to stamp itself as arguably the top program in the nation by winning a second national championship in three years.

And, here is Michigan, looking to win the Big Ten's first title since Michigan State cut down the nets in 1999-2000.