How Michigan Medicine is helping to build a better dummy: BTN LiveBIG 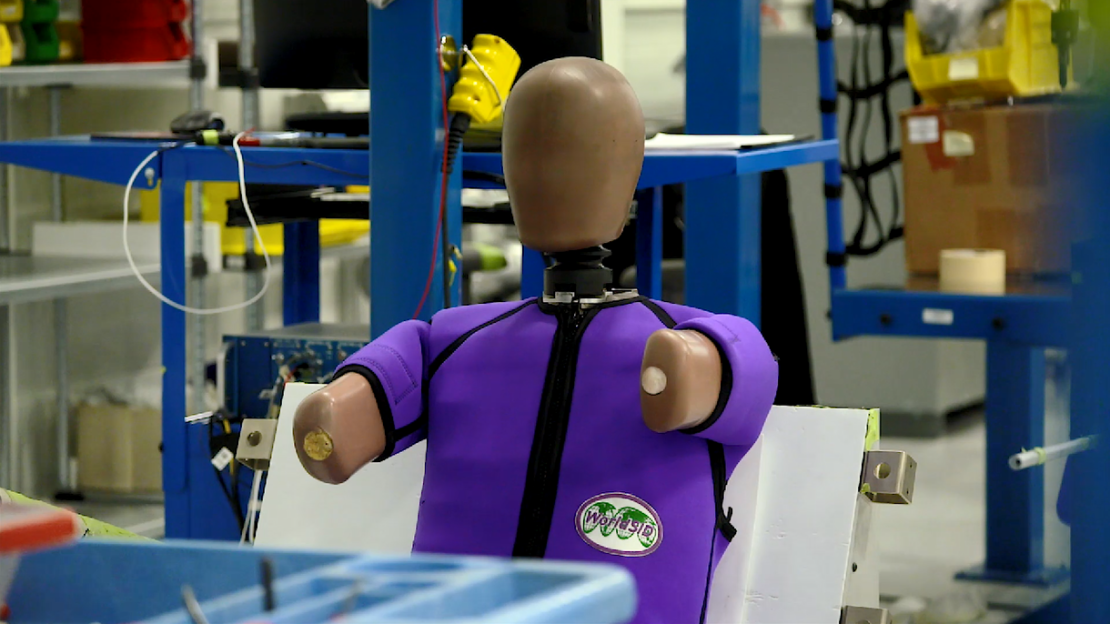 But most crash test dummies have a serious flaw: they?re not a decent representation of modern human bodies.

?Since the 1980?s, the crash test dummy has been based on a particular size and shape of a human,? explains Chris O?Connor, President and CEO of Humanetics, an industry leader in crash test dummy design. ?Over time, people have gotten bigger, and as a result of that, we have to create crash test dummies that are more representative of the human body.?

To ameliorate this situation, Humanetics has partnered with the University of Michigan?s International Center for Automotive Medicine (ICAM) to create realistic human surrogate testing devices that look, feel and react like modern bodies.

According to ICAM founding director, trauma surgeon Stewart Wang, the dummies currently being used to calibrate car safety features are based on human cadaver research from the 1960s and 70s. Furthermore, designers at the time relied on but a few dummies representing an often-idealized ?average? person. Differences in body types, height, weight and composition weren?t really taken into account.

?The dummies were based around standardized people,? explains Wang, an endowed professor of surgery at the University of Michigan Medical School, ?five-foot ten, 180 some odd pounds, and there?s just much more variability within the population these days. What we think is that everybody deserves an equal chance to be well protected in a car crash.?

For the past 25 years, University of Michigan doctors have CT scanned the bodies of living people who have been involved in car crashes. This provides a 3D digital record of the entire body, and how it was affected by the accident. By processing over 80,000 of these scans in painstaking detail, researchers have been able to more accurately portray the precise composition and dimensions of modern human bodies.

O?Connor and his team at Humanetics are using the data to create what are to date the most human-like collection of crash test dummies on the market with hundreds of sensors tracking how a variety of crash scenarios impact the body. The wide sampling of human bodies scanned by ICAM has allowed Humanetics to create dummies that better represent our diverse population, including female bodies and those of the elderly and obese.

?Our work with the University of Michigan and ICAM is extremely important,? O?Connor explains. ?It provides us with real injury criteria and our biomedical engineers can convert that into real-world test devices in the crash test dummy to make vehicles safer for everybody.?

While Wang is quick to note that in the three decades he has been a practicing trauma surgeon, cars have indeed gotten much safer, the number of people killed in car crashes each year is still remarkably high. It is his hope that the work he is doing with ICAM will eventually render his job obsolete.

?I hope that our work contributes such that my line of work, as a trauma surgeon, is no longer necessary for car crashes in the future,? says Wang. ?There is still much work that needs to be done, and this project is a massive attempt to try and speed that forward.?