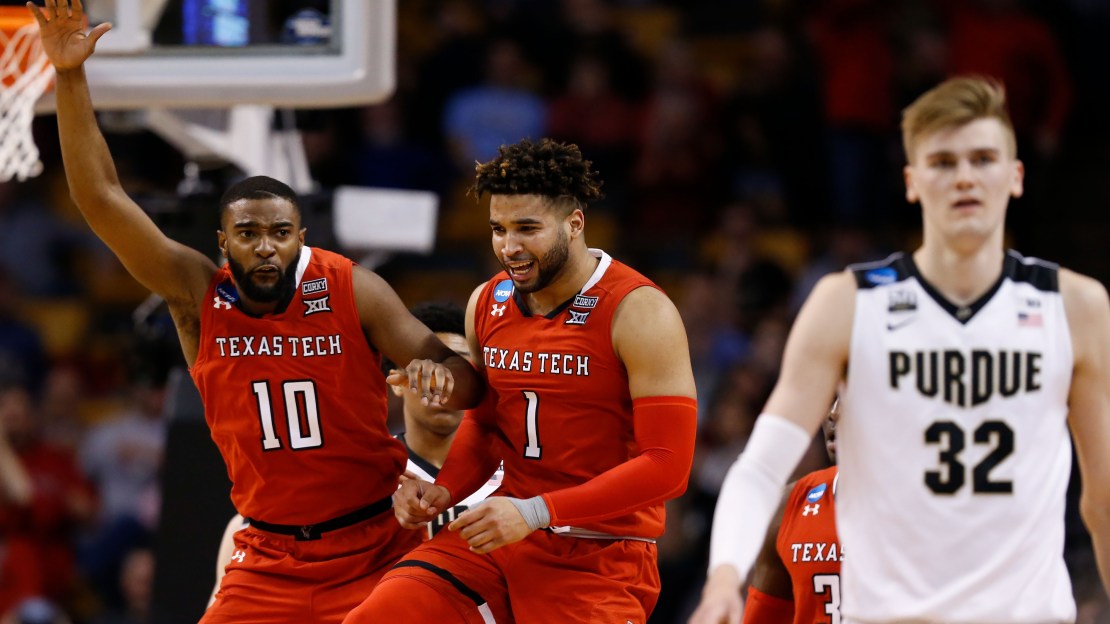 When the NCAA bracket came out, Purdue was a pick by some to reach the Final Four. Heck, some even opined the Boilermakers could win it all. Now, the season is over, finishing with a disappointing 78-65 loss to No. 3 Texas Tech in the Sweet 16.

The 30 wins, Big Ten tourney title game appearance and No. 2 seed in the Big Dance were all nice … but so much more was expected from Matt Painter?s team. Sure, losing big man Isaac Haas to an elbow injury late in the opening-round NCAA win vs. Cal State Fullerton hurt. Still, most figured Purdue had enough to get by Texas Tech on this night. Didn?t happen. It?s an ending that Boilermaker fans are all too familiar with, as Purdue still hasn?t reached the Final Four since 1980. Heck, the program hasn?t sniffed the Elite Eight since 2000. Now, this.

Purdue got here with two impressive wins, taking down No. 15 Cal State Fullerton and then dumping No. 10 Butler to reach the Sweet 16 for a second year in a row and the fourth time under Painter. Would Haas have made much of a difference tonight? Maybe. Maybe not.

Purdue started well … then lost control of the game midway through the first half and never got it back. Texas Tech went on a 10-0 run to close the first-half, leading 30-25 at the break in what was an ugly opening 20 minutes for Purdue that saw the Boilers not score the last 3:43 and hit just 11 field goals and commit 10 turnovers. Things didn't improve after halftime. Purdue wasn?t aggressive, failing to shoot a free throw attempt in the first half and finishing with just six attempts. The Red Raiders went 17-of-18 from the charity stripe. That free-throw descrpency coupled with myriad Purdue turnovers doomed the Boilers.

Top star: Carsen Edwards. After a quiet first half with just five points, the sophomore did all he could to carry Purdue. He finished with 30 points on 11-of-20 shooting and hit 4-of-9 from 3-point land with just one turnover. But he got little support from teammates.

Top stat: 17, as in turnovers for Purdue. Pure and simple, this basically was the difference in the game. The Red Raiders? defensive pressure was too much for the Boilermakers, who also got out-physical-ed. Vince Edwards committed a team-high six turnovers.

It was over when: Vince Edwards hit a layup with 5:46 to go to cut Texas Tech?s lead to 58-55. With 3:35 to go, the Red Raiders lead was up to 65-55 and they never looked back, cruising to an easy victory and advancing to the first Elite Eight in school annals.

What?s next: Purdue enjoyed a stellar season, winning a school single-season record 30 games and advancing to the Sweet 16. But there were no Big Ten regular-season or tourney titles. Now, the program must turn the page as it bids adieu to four key seniors: Vince Edwards, P.J. Thompson, Isaac Haas and Dakota Mathias. The Boilermakers will welcome back some key players, including Carsen Edwards. He may be the preseason Big Ten Player of the Year next season. And big man Matt Haarms should continue to blossom. No doubt, Purdue should have a good chance to return to the NCAA tourney for a fifth time in a row next season.