Elite Eight Preview: Why Michigan should win, could lose vs. Florida State 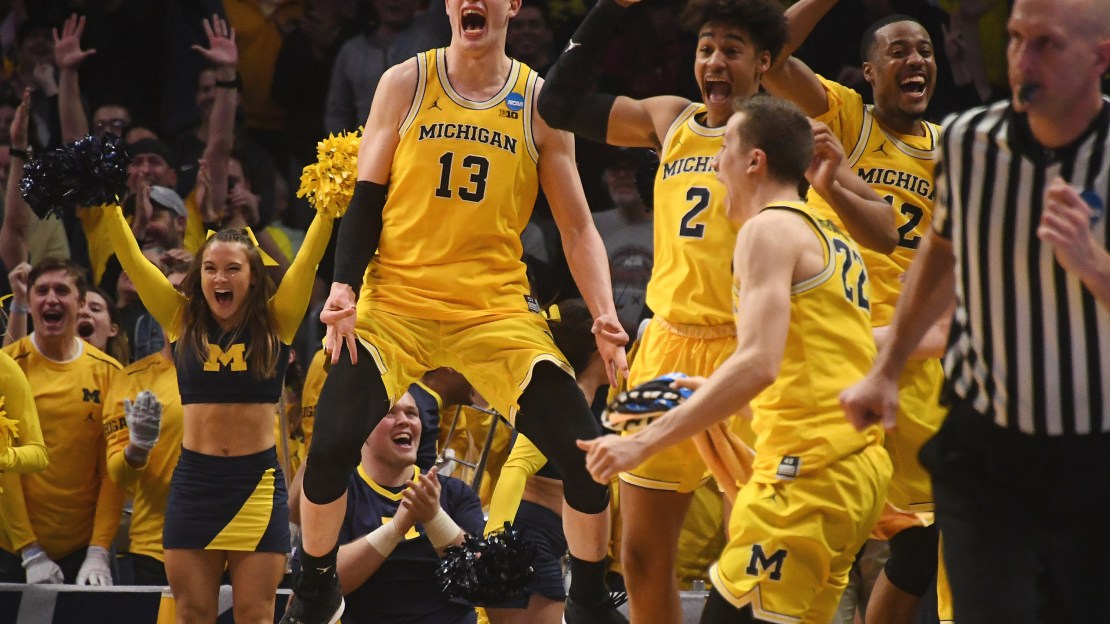 Michigan will try to become the first Big Ten team to make the Final Four since Wisconsin and Michigan State both did so in 2015. This preview details reasons why they could win and also how they could lose.

-This is easily John Beilein?s best defensive team with the Wolverines. They rank 3rd in the nation in defensive efficiency after never finishing higher than 37th previously. With Zavier Simpson at the top of that defense, they have caused problems all year long.

-Beilein has been a very good tournament coach. Michigan has advanced to the Elite Eight in three of the last six seasons and four times overall as a Division I coach.

-Michigan just finds ways to win games. They?ve won 12 straight games with 8 of those coming by double digits. They struggled to score in Wichita in the first 2 NCAA Tournament games but advanced anyway because of their defense, which allowed Montana and Houston to average just 55 PPG while shooting under 35% combined in those two games. Against Texas A&M, the Michigan offense came to life, scoring 99 points, which was their most in a NCAA Tournament game since 1992 and they tied a NCAA Tourney record with eight different players making a 3-pointer.

-Michigan?s stars showed up at the right time. After shooting just 27% from the floor in the first two rounds, Muhammad-Ali Abdur-Rahkman scored 24 points, made four 3?s and had seven assists in the Sweet 16. Moe Wagner also had his best game of the tourney, scoring 21 points and making all three of his 3-pointers against the Aggies.

-Florida State is a very inconsistent team, which is why they were a 9 seed to begin with. They lost twice to Louisville, a team that didn?t make the tournament. They also lost at Boston College, Wake Forest and Notre Dame (without Bonzie Colson), all teams that missed the NCAA Tournament.

-Florida State is a team that likes to play fast on offense. If they try to take quick shots against a very good Michigan defense, it could lead to run outs for Michigan if they so choose. The ?Noles aren?t great in stopping transition either, ranking 281st in transition defense.

How Michigan could lose

-Florida State is one of the deepest teams in the country. On a one-day turnaround, that could play a factor late in games. They have 10 players play at least 10 minutes per game and none of them average more 29.2 minutes per game. Their leading scorers average 12.7 PPG but nine players average at least 6.5 PPG. In the NCAA Tournament, 6 different players average between 8.7 and 10 PPG and no player has averaged eight shots per game.

-Even though Texas A&M was really good defensively, mostly because of size, they were plodding type of team. The Seminoles are much more athletic and they are a tall team as well, ranking 12th nationally in average height. Outside of 6?1? guard CJ Walker, their other four starters are at least 6?6?, including their 7?4? center. Of the 10 players that played at least 10 minutes in the Sweet 16 against Gonzaga, seven of them are at least 6?6? and nine are at least 6?4?.

-Florida State uses its height to its advantage. They rank in the Top 20 nationally in blocks, swatting away nearly 14% of opponents shots and 2-point defense, allowing just over 45% on shots inside the arc. They?ve held Missouri, Xavier and Gonzaga to fewer than 38% shooting from the floor while forcing nine steals per game and blocking 19 shots combined in the three NCAA Tournament games.

-Florida State is pretty good on both sides of the ball, ranking 33rd in offensive efficiency and 44th in defensive efficiency. They make more than 54% of their shots inside the arc and have made 36% of their 3-point attempts in the NCAA Tournament. It also helps that they take decent care of the ball as well, turning it over fewer than 18% of their possessions.

-Lower seeds have done well in this spot previously. The previous nine times a team seeded No. 8 or lower played in the Elite 8, they?ve won 6 of those games, including 9-seed Wichita State beating two seed Ohio State in 2013 (so the Big Ten has seen this happen before).