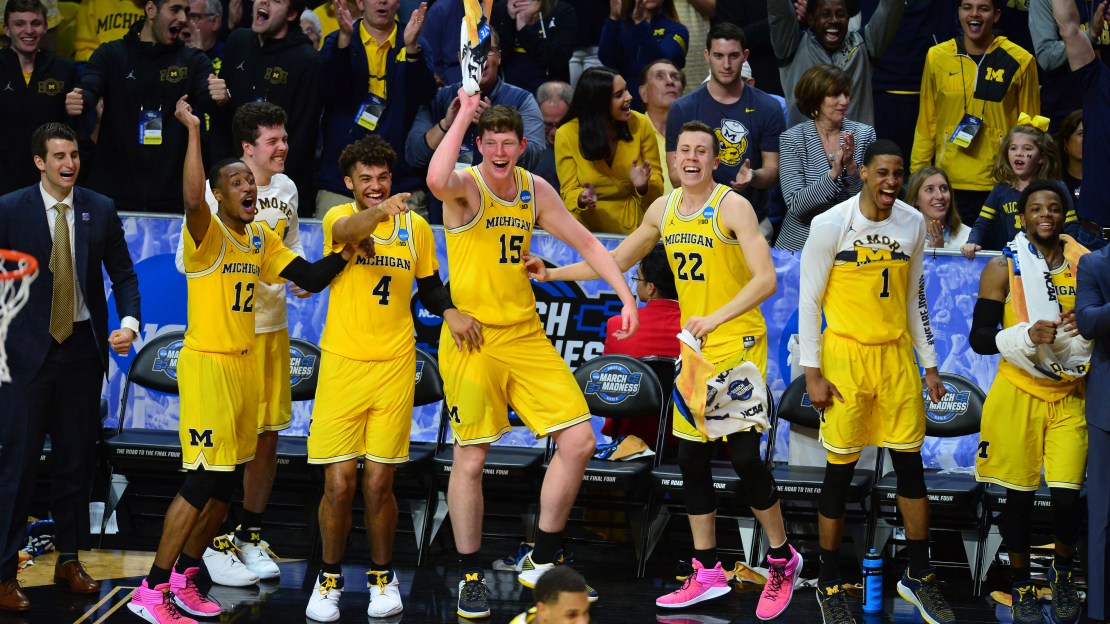 The first two games in the NCAA tourney weren't pretty for Michigan, which beat Montana 61-47 in the first round and then needed a last-second miracle shot to beat Houston, 64-63, in the second round.

That's 12 wins in a row for Michigan, which last lost February 6 at Northwestern. Remember that? Probably not. Michigan is rolling! The Wolverines took control of this game early and never looked back. Now, Michigan is a one win from its eighth Final Four, as the program chases its first national title since 1989.

The Wolverines have been defined by defense all season. And that continued on this night vs. overmatched Texas A&M. Couple that defense with a Michigan team that found its offensive edge, and no one was beating the Wolverines on this night. Michigan is now headed to the Elite Eight for the third time in the last six years and the first time since 2014.

Top star: Muhammad-Ali Abdur-Rahkman was sensational, notching a game-high 24 points on 9-of-16 shooting. He also hit 4-of-7 3-pointers with seven assists and five rebounds. Take a bow, young man! Hat tip to Moe Wagner, who scored 21 points on 8-of-12 shooting.

What's next: Michigan will take on the winner of the No. 4 Gonzaga vs. No. 9 Florida State game for a chance to advance to the Final Four on Saturday. The Wolverines were last there in 2013, when they lost the title game to Louisville.