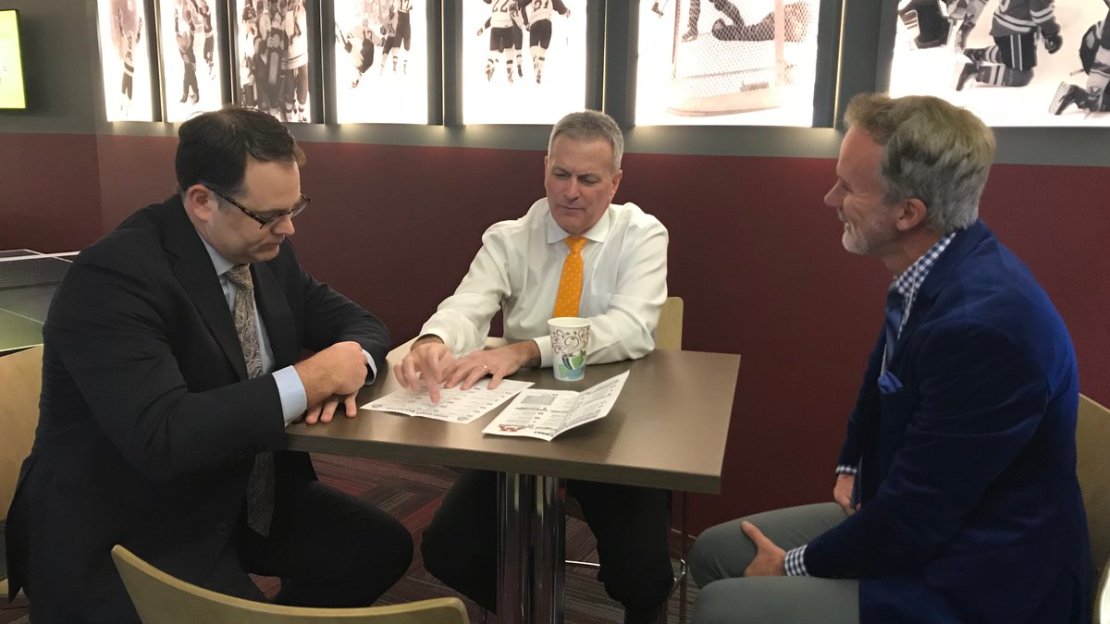 University of Minnesota athletics director Mark Coyle and hockey coach Don Lucia announced Tuesday that Lucia will step down, pending the approval of the University?s Board of Regents later this week. Coyle and Lucia have agreed that he will remain with Gopher Athletics as special assistant to the athletics director through June 30, 2019.

?Gopher Hockey is not just a college hockey program, it?s a cultural institution in the state of Minnesota, built on more than 90 years of success and tradition. Few have contributed as much to that legacy as Don,? said Coyle. ?He knows how much I appreciate everything he has accomplished in his 19 years as head coach, but he and I also agree that it?s time for someone else to lead our program. From his program?s commitment to academic excellence to the banners his teams raised into in our rafters, I can?t thank him enough for what he?s contributed to the success of Gopher Hockey.?

?I want to thank Mark Dienhart for giving me a tremendous opportunity 19 years ago. I came to Minnesota because of the tradition, and I hoped to add to the tradition when I left. I am proud of the 14 banners that have been added to the rafters of 3M Arena at Mariucci. I am forever grateful to all the coaches, staff and most importantly the players who have worked so hard to accomplish this over the years,? said Lucia. ?Most importantly to me, we did it the right way. Our players all graduate and have always represented themselves to the high standards of Gopher Hockey on and off the ice. It has been a tremendous honor and privilege to be the head hockey coach at the University of Minnesota.?

Lucia steps down after 19 years leading one of most decorated programs in college hockey history.

His 457 wins are the most in program history, an average of more than 24 wins per season over his tenure at Minnesota. Since taking over as head coach in 1999, Lucia?s teams have raised 14 championship banners. His Gophers teams claimed eight regular-season conference crowns, as well as four conference tournament titles. Lucia guided five Gopher teams to the Frozen Four and won back-to-back national championships in 2002 and 2003.

In the classroom, his Gopher teams delivered results as well. The team?s collective, cumulative GPA was 3.15 following this year?s fall semester, and has been above 3.0 for more than six straight years. The team GPA for the fall semester alone was 3.31, the highest mark on record for the program. The NCAA?s Academic Progress Rate score for the program has been a perfect 1,000 for several years. Throughout his head coaching career, Lucia had 206 all-conference academic honorees.

Don Lucia, who led the #Gophers to back-to-back national championships and is the program's all-time wins leader, has stepped down as head coach after 19 years at Minnesota.