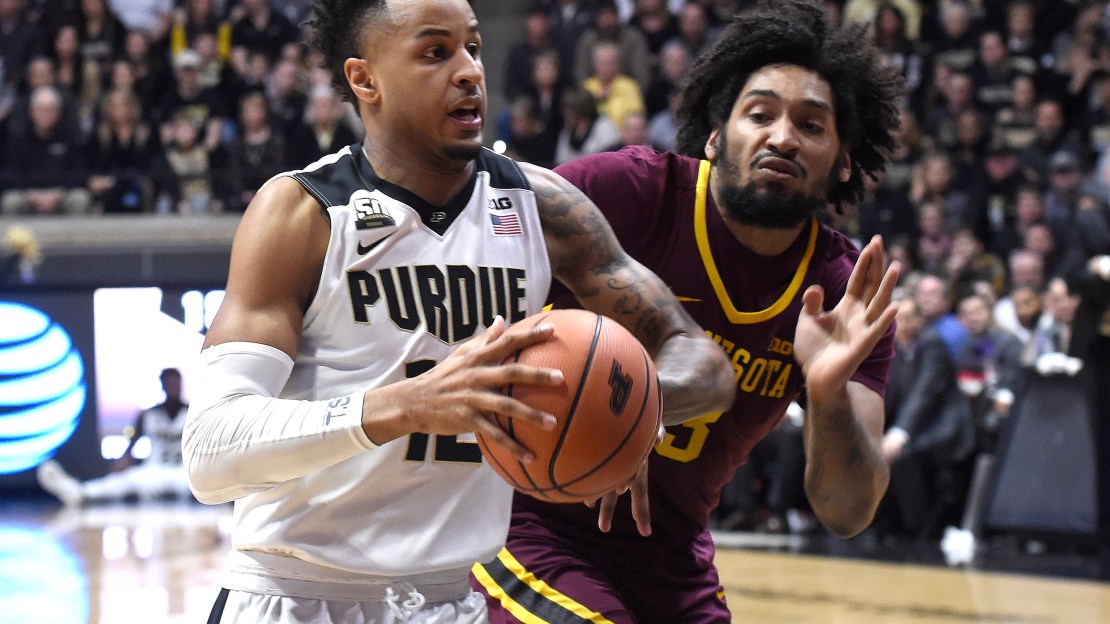 The NCAA tourney is down to 16 schools. And two come from the Big Ten: No. 2 Purdue and No. 3 Michigan.

Here are 16 sweet facts to prime the pump for this week?s action.

1. The Big Ten is looking for its first national title since Michigan State cut down the nets after the 1999-2000 season, when the Spartans beat Florida and coach Billy Donovan in the Hoosier Dome.

2. For the 11th straight year, the Big Ten has multiple teams in the Sweet 16, which is the longest active streak in college basketball. Michigan is in the regional semifinal round for the fourth time in the past six years, while Purdue will compete in the Sweet 16 for the second consecutive year.

3. The Big Ten has sent eight teams to the Elite Eight in the last six NCAA Tournaments. Purdue was last there in 2000. Michigan last made it to the Round of Eight in 2014.

5. Matt Painter?s four NCAA Tournament Sweet 16 appearances over the last 10 years are the ninth most in the country during that span. He is looking for his first Elite Eight. The last time Purdue made the Elite Eight was 2000, when Gene Keady?s Boilers lost to Wisconsin.

9. Purdue last made the Final Four in 1980, when Lee Rose was the coach. That team was led by 7-1 center Joe Barry Carroll, who would be the No. 1 pick in 1980 draft. Purdue lost to UCLA in the national semifinals. Iowa also was in the Final Four that season, losing the third-place game to the Boilermakers.

10. Behind Rick Mount, Purdue was national runner-up in 1969, losing to John Wooden and UCLA. It?s the only time the Boilermakers have played for the national title.

13. Michigan is 6-1 all-time in national semifinal games and owns the best winning percentage, .857, of any school to play in at least five games.