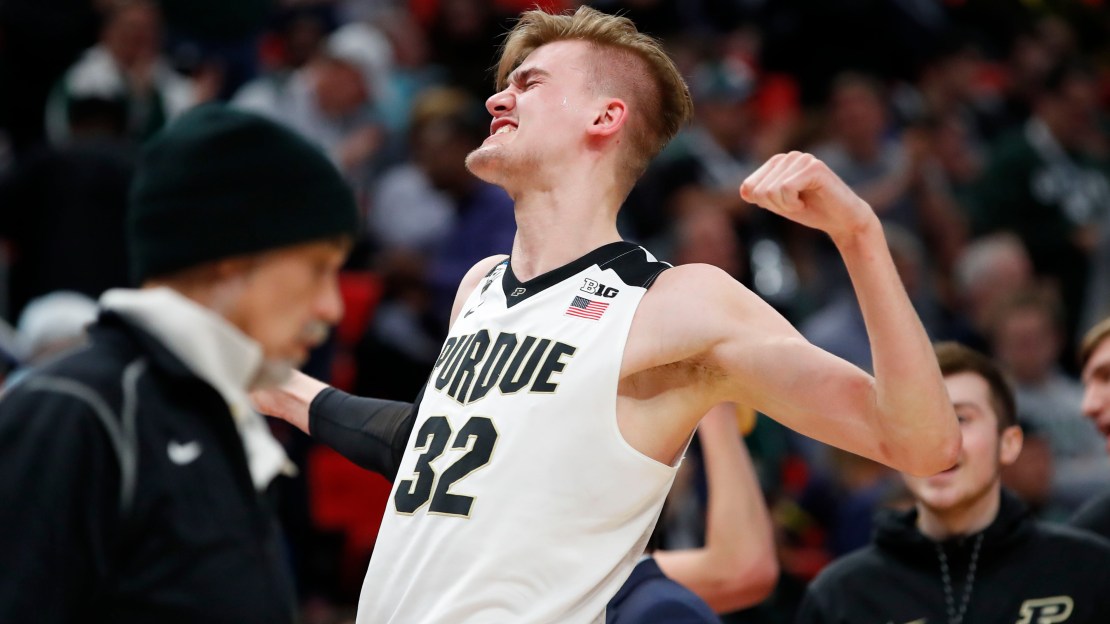 Purdue did more than advance to the Sweet 16 in holding off Butler on Sunday afternoon. It also clinched its first 30-win season in program history.

Win No. 31 will have to come against Texas Tech in Boston. To record the "W," and advance to the Elite Eight, the Boilermakers must be able to handle suffocating defense and ball pressure. Purdue had nine turnovers in its NCAA opening win vs. No. 15 Cal State Fullerton and 10 vs. No. 10 Butler in the second round. Amazingly, point guard P.J. Thompson went the first two rounds without a single turnover. This team generally has done well limiting turnovers and handling the ball. No doubt, having a quick guard like Carsen Edwards will help.

Purdue will need to slow star senior guard Keenan Evans, the team?s leading scorer. Jarrett Culver (11.5 ppg) and Zhaire Smith (11.5) are the other double-digit scorers for a team that finished tied for second in the rugged Big 12. Can Purdue handle the quickness? The Boilermakers aren?t overly athletic, so they must make the Red Raiders play vs. a set defense, limiting transition points.  Having 7-3 redshirt freshman Matt Haarms playing big minutes should help the Boilers defend. He is long, quick and energetic as the replacement for 7-2 senior Isaac Haas, who is out with a fractured elbow suffered in the NCAA opener. Haarms was productive in the win vs. Butler with seven points, six rebounds and two blocks. Purdue also needs to use its size inside for points in the paint and to protect the rim while also gobbling offensive rebounds. Again, keep an eye on Haarms, who should be able to deal with the Texas Tech quickness better than Haas would have.

The winner of this game will take on the winner of the No. 1 Villanova vs. No. 5 West Virginia clash for a shot at the Final Four.

Know Texas Tech: Red Raiders coach Chris Beard is familiar with Purdue. Back in 2016, he was the coach of Arkansas-Little Rock. His No. 12 seed Trojans were trailing by 12 with 3:33 to go but rallied to force two OTs and then win it 85-83 vs. No. 5 Purdue. Beard was a long-time assistant to Bob Knight in Lubbock, so he?s an intense coach with proven chops. With their best record since 1995-96, the Red Raiders are an athletic team that beat No. 14 Stephen F. Austin and No. 6 Florida to reach the Sweet 16. Texas Tech is a small team that starts four guards. But they get after it. This isn?t a great shooting squad, and it lacks depth. But the Red Raiders are relentless defenders, rolling into their first Sweet 16 since 2005 and only second (1996) since the tourney field was expanded to 64 in 1985. And Tech rolls from defense to offense quickly, getting transition points in bunches.

Key player: Take your pick between senior forward Vincent Edwards and sophomore guard Carsen Edwards. These are the straws that stir the drink for Purdue. The elder Edwards is a Swiss Army knife who can do a bit of everything. Witness his 20-point effort vs. Butler that included a monster blocked shot late. The younger Edwards is coming off a 4-of-17 clunker in the second round, but he?s the team?s most dynamic player who is capable of taking over a game … and winning it.

Key number: 42.1, Purdue shooting percentage from 3-point range, hitting 346-of-822 bombs. That?s tops in the Big Ten. If the Boilermakers want to march to their first Elite Eight since 2000 and first Final Four since 1980, they will need to be hot from long range. Carsen Edwards, Vincent Edwards, P.J. Thompson, Ryan Cline and Dakota Mathias all are capable from beyond the arc. Mathias is just six 3-pointers from setting the school record for 3-pointers made in a season. These sharpshooters must have good aim on Friday night in Boston.