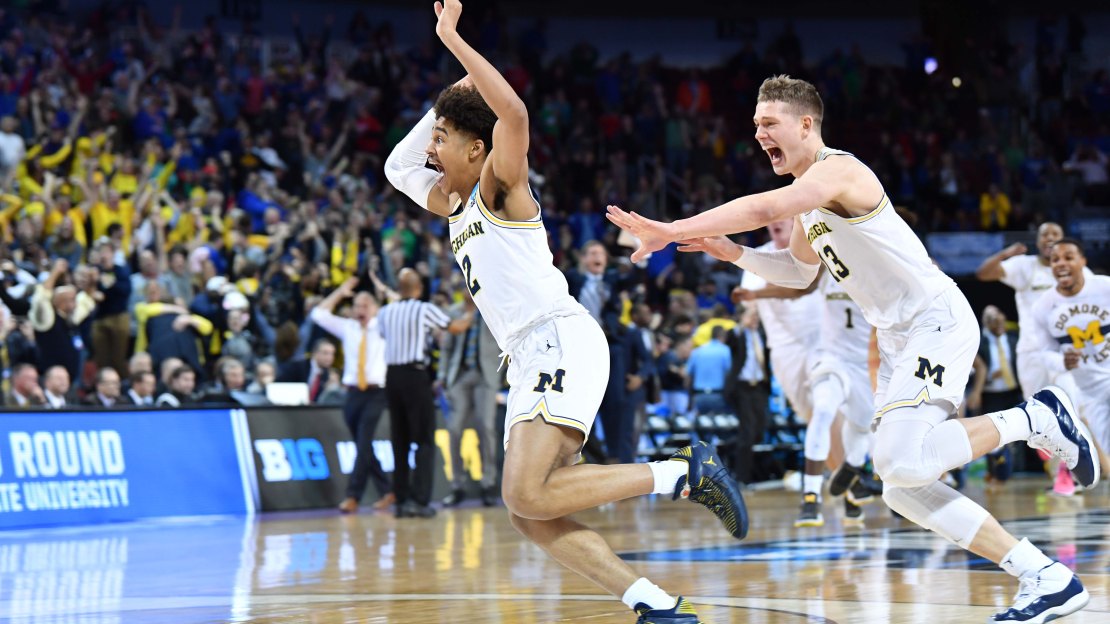 If a team is going to have a magical March run, it is going to need some luck. And Michigan got just that on this night, as freshman Jordan Poole hit a bomb 3-pointer as the clock expired to ease past No. 6 Houston, 64-63.

The No. 3 Wolverines are off to the Sweet 16 for a second year in a row and fourth time in five years–and in thrilling fashion. Houston had a 63-61 lead with Devin Davis at the line with four seconds left and a chance to ice the game. But the former Indiana Hoosier missed both shots, giving Michigan one final chance with three seconds to go. That?s when Poole-who had just eight points-struck from well beyond the arc after getting a pass from Muhammad-Ali Abdul-Rahkman.

When it comes to tightly contested games, this was a doozy. Neither team could forge a lead bigger than six points. The Wolverines took a 10-game winning streak into this tilt, coming off a second straight Big Ten tourney title. On the way to that championship, Michigan needed OT to beat Iowa. Now, it has won one amazing game in the Big Dance, giving this team a special feel and mojo as it advances.

Michigan was a trendy Final Four pick when this even began. This hasn?t been a vintage John Beilein team. But it has been very effective. And very good. Michigan isn?t as proficient on the offensive end as previous Beilein squads. But it is better defensively. And the Wolverines rode that to great success this season. And it isn?t over yet.

Top star: No doubt, Poole became an instant hero in Ann Arbor with his epic shot at the buzzer. But let?s go with Moe Wagner, who tallied 12 points with seven rebounds.

MICHIGAN WINS IT AT THE BUZZER!!!! ???#MarchMadness pic.twitter.com/COR9MEjX59

Top stat: 30, 3-point attempts by Michigan, which hit just 8 of them (26.7 percent). And none of the 3-pointers were any bigger than Poole?s game-winner.

It was over when: The game was tied 28-28 at the half. And it remained a see-saw battle over the final 20 minutes and wasn?t decided until Poole?s electrifying dagger at the buzzer.

What?s next: Michigan will take on the winner of the No. 2 North Carolina vs. No. 7 Texas A&M game in the Sweet 16. The Wolverines lost to Oregon in the Sweet 16 last season.