Maryland musicians are brightening lives, one song at a time: BTN LiveBIG 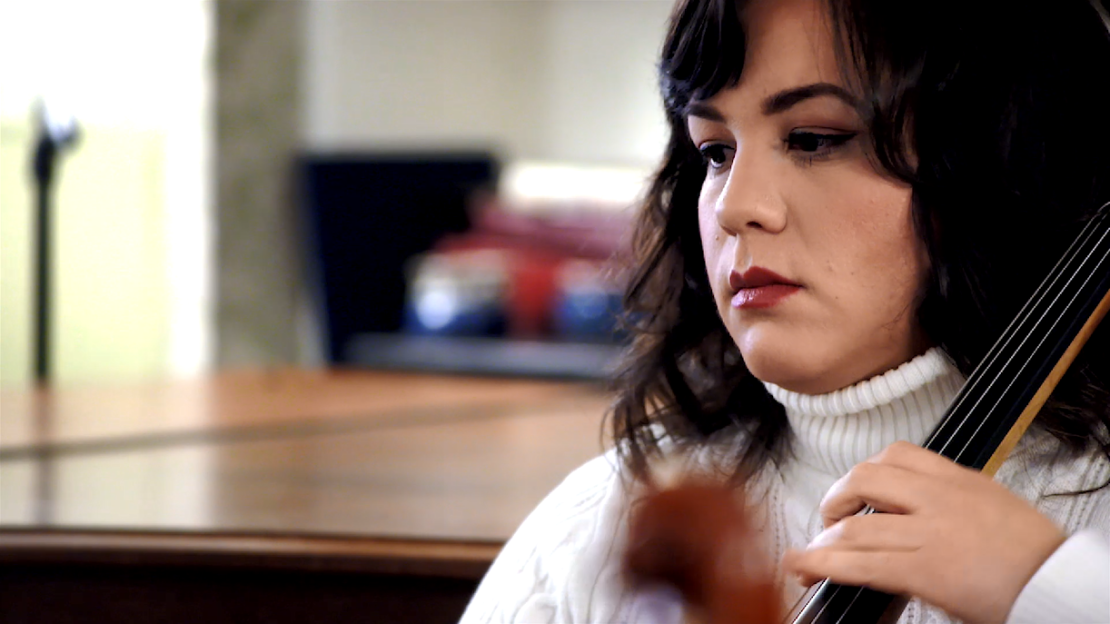 The musicians draw to order. They raise their instruments and begin to play the opening bars of Mozart's "Clarinet Quintet in A." Music fills the air and smiles spread across the faces of those gathered in the intimate performance space. Many in the audience close their eyes and let the melody overtake them.

This isn't, however, a concert hall in Europe; nor is the audience composed of musical cognoscenti pouring over each note in search of perfection. No, this concert is being held in the sunny dayroom of the Collington Continuing Care Retirement Community, and the musicians are students from the nearby University of Maryland School of Music.

The concert was staged by Samantha Flores and Matt Rynes, two graduate students taking part in the inaugural run of an innovative artist-in-residence program that places students in Collington to live alongside and share their abilities with the residents.

"We're the bridge to bring people closer to music," says Flores, a cellist. "One of our goals is to bring two generations together through music, but in musical outreach we focus a lot on children and teenagers, the younger generation. We don't focus much on the older generation, and they have a lot to share."

Flores and Rynes, a clarinetist, were tasked with not just performing for the residents of Collington but creating for them a curriculum and a set of programs to enrich their lives. Those includes private lessons, group classes, and a lecture series. Flores has worked extensively with the Collington choir, teaching them how to read sheet music. Rynes has spent time helping the jazz ensemble fine-tune their sound.

The students also curate a series of chamber music concerts for the residents. It's an experience that affords them a measure more autonomy than they would have in the university environment, selecting which pieces will be performed and inviting musicians of their choosing to perform. For students seeking a career as a musical director, the experience serves as a laboratory of sorts to hone their programming abilities.

One of the great advantages of the program, Rynes explains, is being able to, bit by bit, tear down the invisible wall that often separates performers from their audience. "The dynamic can be fairly cold. [When] we're on stage, everyone is looking at us, the audience is kind of looking at us in awe. We want to get rid of that idea of the spotlight being on us and have it be more of a dialogue between us and the audience."

The Collington artist-in-residence program is part of a larger push by the School of Music to connect with communities across the state. When Jason Geary, the school's director, assumed his position in the fall of 2016, one of his first actions was to appoint a Director of Community Engagement. Geary admits that the formal pedagogy of music education can sometimes insulate students from the world around them, but it is a reality that the school is trying to counter through outreach.

"Our students spend a lot of time in the practice room with the door closed, perfecting their craft and that's what we want them to do," Geary explains. "At the same time, though, I think it is important, as faculty and as administrators, to ensure that they have opportunities to look outward and to think about the ways in which what they do, as musicians, as scholars, can be translated into making an impact in the world around them."

For Rynes, the simple act of bringing music into the lives of his new friends and neighbors at Collington is an elegant means of enacting the mission of the University of Maryland, a land-grant institution that serves not only its students but its state.