Dienhart: Ohio State has much to be proud of, look forward to in defeat 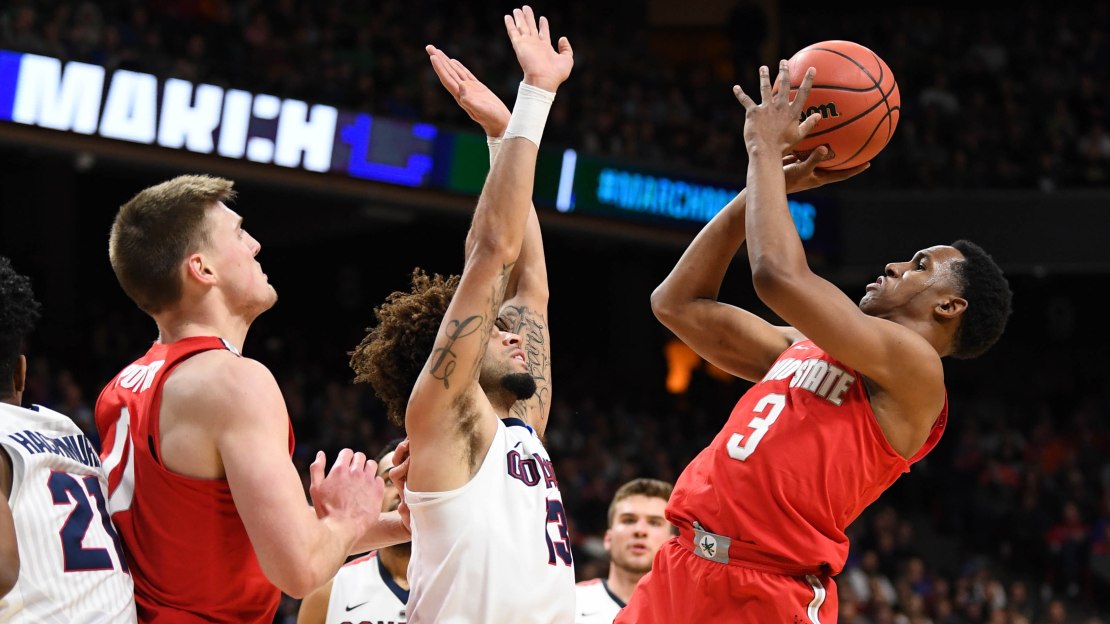 Ohio State's magic ride is over, ending with a 90-84 loss to No. 4 Gonzaga in the second round.

All game long, the Buckeyes battled to stay in it, missing their first seven shots and falling behind 15-0 before Jae'Sean Tate nailed a 3-pointer with 14:20 to go in the first half. Ohio State fought back and even took a 67-62 lead with 6:02 left in the game. But Gonzaga took over from there. With 5:14 to play, the game was tied, 67-67. Over the next three-plus minutes, the Bulldogs went on an 11-2 run that helped Gonzaga regain the momentum and reach the Sweet 16 for the fourth season in a row.

Still, this defeat does nothing to diminish what Ohio State did this season. The program has been one of the best stories in college basketball. Chris Holtmann didn't arrive from Butler until June to take over for Thad Matta. Not ideal timing. Nonetheless, Holtmann quickly made over the program, guiding Ohio State to an improbable second-place finish behind the play of junior Keita Bates-Diop, who was the Big Ten Player for the Year. Then, No. 5 Ohio State opened NCAA play by taking down No. 12 South Dakota State. That set up this battle with No. 4 Gonzaga, which made the national title game last season and beat OSU by 27 points earlier this season.

The Buckeyes came up short tonight, but this still was a terrific season for the program.

What a year for @OhioStateHoops!! Congrats on a phenomenal season @ChrisHoltmann-BIG things will continue to come!

Top star: Hat tip to Gonzaga's Zach Norvell, Jr., who had career highs in points (28), 3-pointers (6) and rebounds (10). This was his first career double-double. Gotta mention Keita Bates-Diop, who tallied 28 points. Was this his last game as a Buckeye?

Top stat: 53, Gonzaga's field-goal percentage, as it dominated inside. The Zags also had a 39-25 rebound edge.

He gave this @OhioStateHoops program everything he had for four years.

What's next: Ohio State's season is over. But, what a season it was for the Buckeyes. After missing the NCAA tourney the last two years, Ohio State made a triumphant return in 2018, winning a game after finishing second in the Big Ten during the regular season. No doubt, the future looks bright for the Buckeyes under Holtmann.