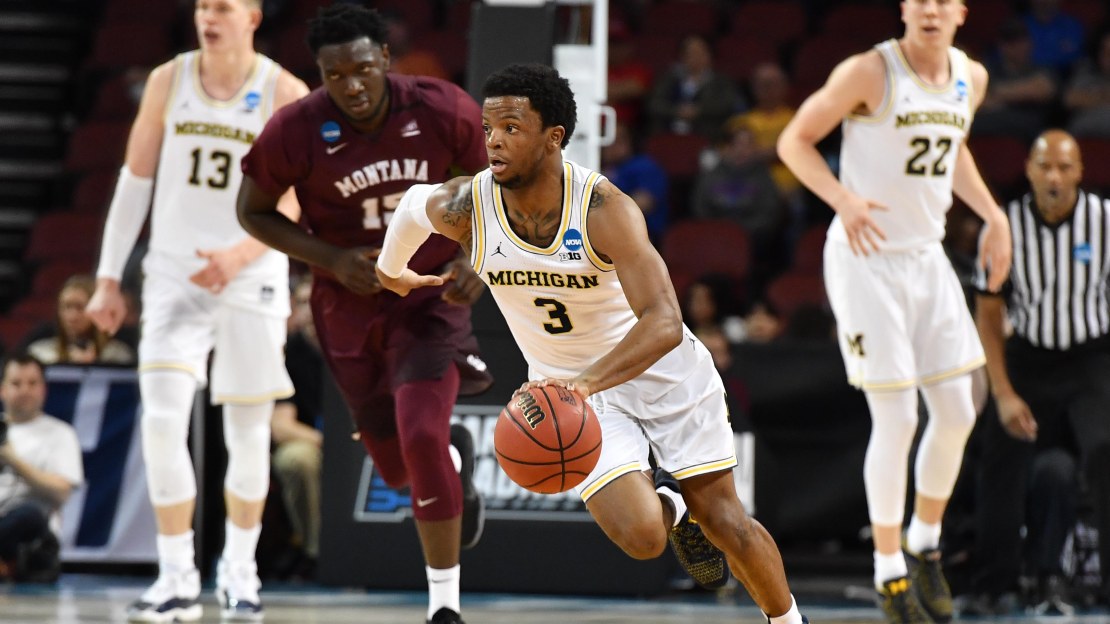 It wasn't pretty at times, as witnessed by the fact Michigan fell behind 10-0. Nonetheless, it?s a win for Michigan, which took a 61-47 decision vs. No. 14 Montana (26-8) from the Big Sky Conference in its opening NCAA tourney game.

This was the No. 3 Wolverines? 10th win in a row, but they showed some rust early following an extended layoff that followed the end of the Big Ten tourney on March 4. But once the Wolverines got things clicking, they suffocated the Grizzlies. While this Michigan team may not be as efficient on the offensive end as some previous John Beilein squads, it is better on the defensive end. In fact, it?s probably Beilein?s best defensive team during his tenure in Ann Arbor. And that stifling defense was on full display in the second half, when they held Montana without a field goal for 10:07 minutes. The 47 points were a season-low for the Griz.

Top star: This slot is typically reserved for Moe Wagner. Not tonight, as the lithe Michigan big man was pedestrian in notching just five points. Instead, the honor goes to Charles Matthews, a transfer from Kentucky. He tallied 20 points on 7-of-13 shooting. He also lead the way with 11 rebounds.

What?s next? The Wolverines (29-7) are a sleeper pick by many to reach the Final Four. And Michigan will look to continue its march on Saturday when it takes on No. 6 Houston, which won a 67-65 thriller vs. No. 11 San Diego State. It was the Cougars? first NCAA win since 1984 and they can thank guard Rob Gray, who tallied 39 points.