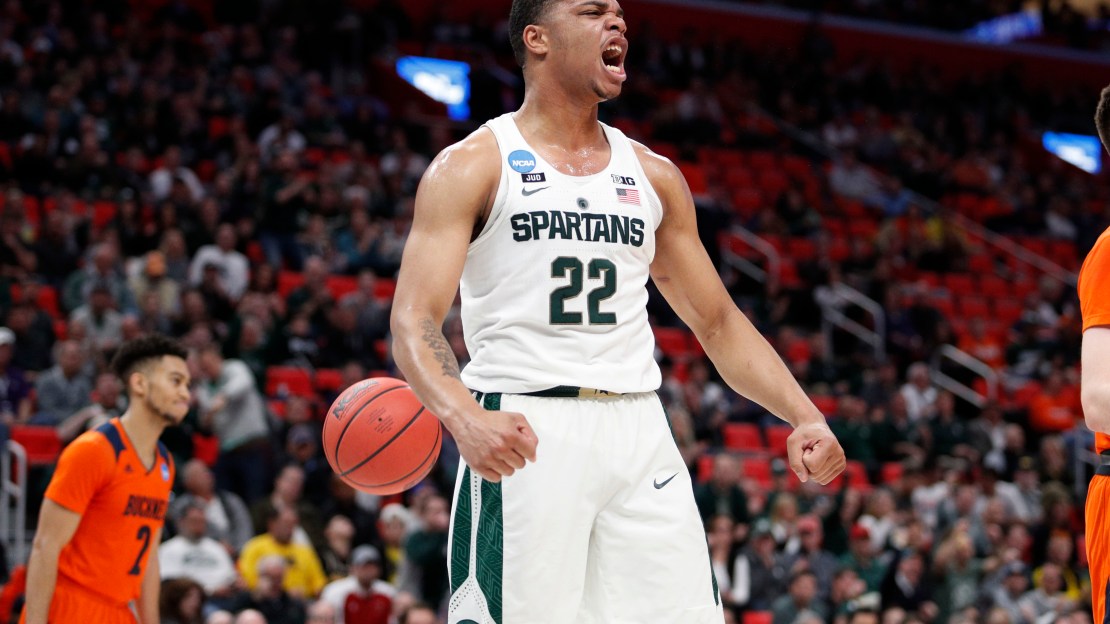 Before the first ball was inflated this season, Michigan State was being hailed as one of the best teams in the nation. In fact, some felt this was Tom Izzo?s most gifted team ever.

So far in the Big Dance, the Spartans are living up to that hype, taking their first step toward Izzo?s eighth Final Four as Michigan State (30-4) dumped scrappy No. 14 Bucknell (25-10) of the Patriot League in the first round of the NCAA tourney, 82-78.

The Big Ten regular-season champs hadn?t played since losing in the Big Ten tourney semifinal to Michigan on March 3. MSU knocked off some early rust in what was a physical game, ratcheting up the defense in the second half before Bucknell made a late run to make the score look respectable.

Pretty sure Bucknell made like 12 threes in a row to end the game, but make no mistake: Michigan State dominated that second half and Miles Bridges played like a pro.

Top star: Miles Bridges showed why he is projected by many to be an NBA lottery pick. The super sophomore tallied a game-high 29 points on 12-of-22 shooting. The 6-7 Bridges also had a team-high nine rebounds with four assists.

Top stat: 40, rebounds for Michigan State, compared to just 28 for Bucknell. Miles Bridges led the way with nine boards. Michigan State was too big and too physical for the Bison, who allowed the Spartans to shoot 53 percent from the field (31 of 58).

It was over when: Michigan State led 44-40 at halftime. Bucknell made a layup at the 19:52 mark of the second half to make it 44-42, MSU. Then, the Bison missed their next 10 shots, not hitting a field goal again until 8:29 was left in the game and the Spartans led, 63-50. Bucknell could never crawl close enough to make Michigan State worry after that.

Oh BABY, Miles Bridges is NOT afraid of heights. pic.twitter.com/0opticNG7I

What?s next: Michigan State will take on the winner of the No. 6 TCU vs. No. 11 Syracuse game on Sunday for a chance to advance to the Sweet 16, which the Spartans haven?t done since 2015. MSU lost in the second round last season to Kansas and got shocked in the first round by Middle Tennessee in 2016.