Dienhart: Ohio State isn't done with their sensational season yet 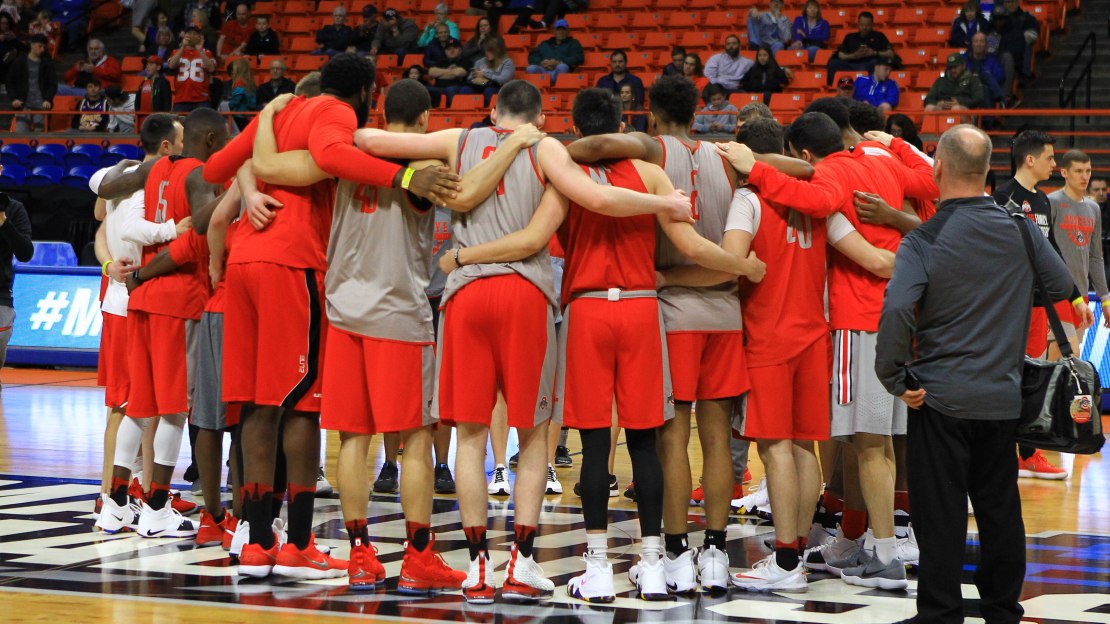 The wild ride for No. 5 Ohio State continues, as the Buckeyes took a hard-fought 81-73 win vs. No. 12 South Dakota State in an NCAA opening game that featured a hopping 71 3-point attempts.

For a while, it looked like the Jackrabbits (28-7) would be yet another 12 seed to take down a 5 seed, seemingly an annual tradition in the Big Dance. But Ohio State wouldn?t be denied on this day in Boise, Idaho, as Buckeye star Keita Bates-Diop (24 points) out-dueled South Dakota State star Mike Daum (27 points).

Ohio State (25-8) has been one of the most surprising teams in the nation, defying preseason predictions that said the Buckeyes would finish near the basement of the Big Ten. Not so fast. First-year coach Chris Holtmann has had an instant impact for a program that missed the two previous NCAA tourneys. And the Buckeyes aren?t done yet authoring what has been a sensational run all season.

Top star: Ohio State star Keita Bates-Diop showed why he was the Big Ten Player of the Year. The 6-7 junior was one of three Buckeyes who scored over 20 points, notching 24 on 7-of-19 shooting to go along with a team-high 12 rebounds. Kam Williams had 22 points and C.J. Jackson tallied 20 vs. South Dakota State, the Summit League champs.

#OhioState ties a #B1G record with 40 3-pt attempts in a #NCAATournament game. #Buckeyes are also 1st #B1G team with 3 20-point scorers in #NCAATourney game since Indiana in 1998

It was over when: With the score tied, 70-70, with less than two minutes to play, Ohio State faced a huge possession in a game that was filled with ebbs and tides and was tied 43-43 at halftime. That?s when Buckeye guard Kam Williams launched a 3-pointer from the wing-hit it-and was fouled. Williams made his free throw in what turned out to be a four-point play, giving OSU a 74-70 lead with 1:36 remaining. Then, after the Buckeyes turned away South Dakota State on its next possession, Williams was fouled while taking another 3-pointer. He missed this one but hit all three of his free throws to give Ohio State a 77-70 lead with 1:04 to go. Game over.

What?s next? Ohio State will take on No. 4 Gonzaga on Saturday for a chance to advance to the Sweet 16 for the first time since a run to the Elite Eight in 2013. The Zags were pushed to the limit in their NCAA-opening game in a 68-64 win vs. No. 13 UNC-Greensboro. No doubt, Gonzaga-a Final Four team last season-will be a big test for the Buckeyes. OSU beat Gonzaga in a second-round game in 2012.