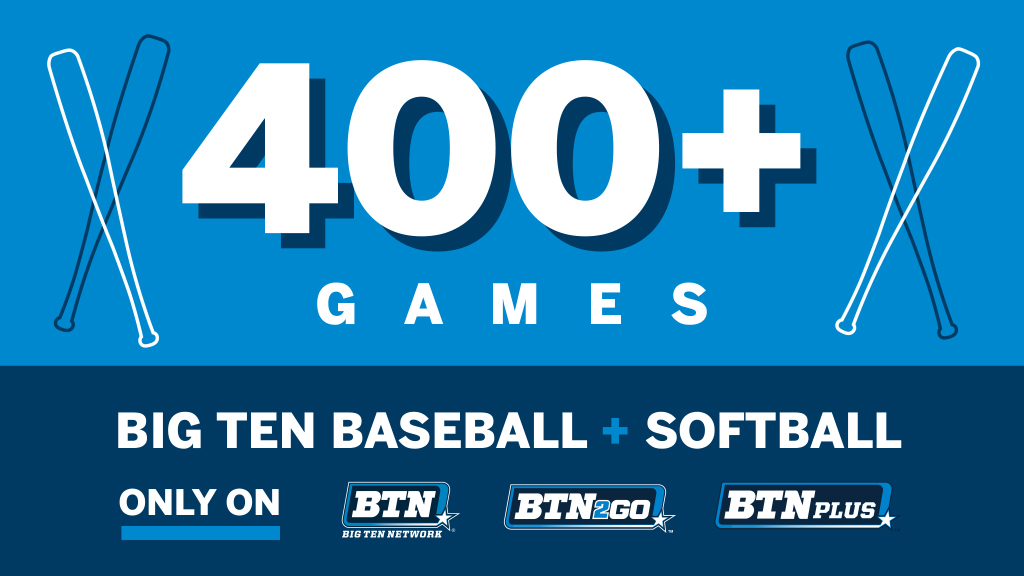 BTN today announced its 2018 baseball and softball schedule, featuring over 400 games on BTN/BTN2Go and BTN Plus throughout the upcoming season.

BTN's television coverage of Big Ten softball begins Friday, March 23, when No. 22 Michigan visits Iowa at 6 p.m. ET. Reigning Big Ten Champion Minnesota makes its debut on Saturday and returns seven starters from its championship squad, including Big Ten Player and Freshman of the Year Kendyl Lindaman. No. 17 Ohio State currently leads the way in the conference with a record of 16-2.

Highlights and coverage of Big Ten baseball and softball will be featured on The B1G Show, which airs on Sundays beginning April 1. Hosts Rick Pizzo and Mike Hall will discuss Big Ten matchups and breakout performances from the weekend's games.

Below is a preliminary schedule, with more games to be added to the TV schedule at a later date. The BTN Plus streaming schedule can be viewed here.