NCAA tournament preview: No. 2 Purdue vs. No. 15 Cal State Fullerton 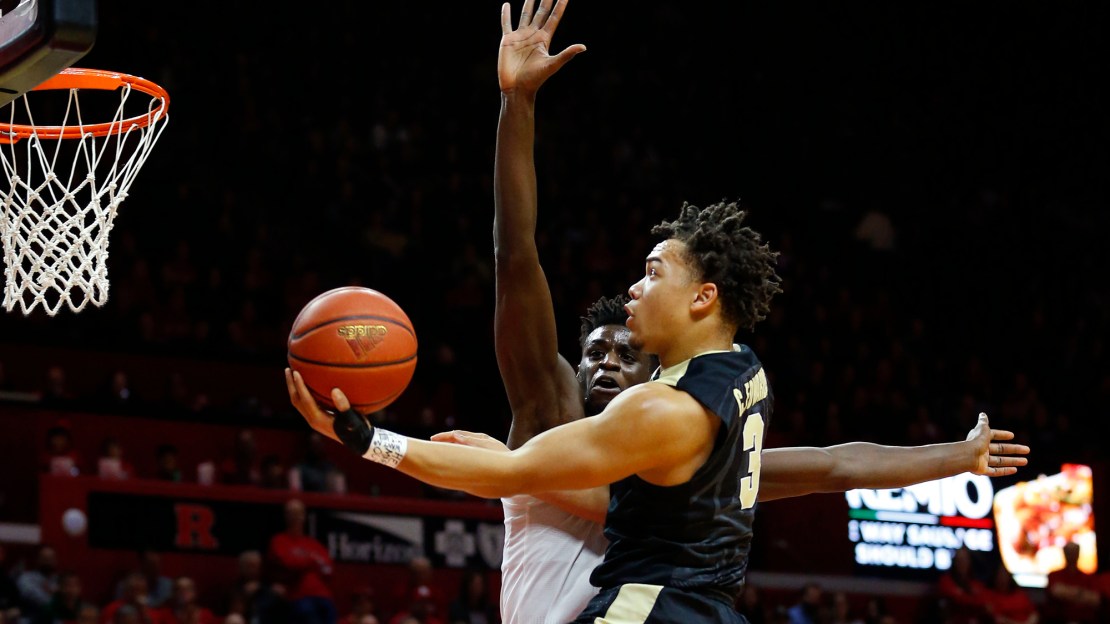 Purdue is a sterling 28-6 overall, two wins shy of setting the school single-season standard for victories. And the Boilermakers went 15-3 in the Big Ten, one of the school?s best conference marks of the Matt Painter era that began in 2005-06.

But Purdue has no hardware to show for any of it, finishing second in the regular season and second in the Big Tourney. No doubt, a run to the program?s first Final Four since 1980 would make up for the lack of any trophies in what has been a sensational season marked by a 19-game winning streak.

This is a dangerous squad because of its remarkable inside-outside balance. There is an array of lethal shooters from 3-point land led by Dakota Mathias, P.J. Thompson, Vincent Edwards, Ryan Cline and Carsen Edwards. Inside, Purdue has one of the nation?s most unique weapons in 7-2 monolith Isaac Haas. This team also has a unique commodity in four key seniors who start in Mathias, Vince Edwards, Haas and Thompson.

When push comes to shove, don?t be shocked if the Boilermakers make a deep run under Painter, who never has advanced past the Sweet 16. In fact, Purdue hasn?t been to the Elite Eight since 2000. Could this be the year it all clicks?

Key player: Carsen Edwards. The sophomore has emerged as one of the nation?s top players, ranking No. 3 in the Big Ten in scoring (18.5 ppg). Edwards is tough, fearless and explosive, eager to attack the rim with abandon. He also is a deadly marksman from 3-point range. Bottom line: If Purdue needs a big bucket with the clock winding down, Edwards can deliver. He is a weapon this program never has had.

Key number: 81.1, Purdue?s scoring average, which is No. 1 in the Big Ten. This team has an array of scorers and can beat you with aplomb from the perimeter and as well in the paint. In addition to Carsen Edwards? scoring prowess, the Boilermakers also have double-digit scorers in Isaac Haas (14.9), Vincent Edwards (14.5) and Dakota Mathias (12.4).

Know Cal State Fullerton: This is just the third Big Dance appearance for Cal State Fullerton, which is 20-11 overall and 10-6 in the Big West. The Titans are in the NCAA tourney for the first time since 2008. The program also made it in 1978, when it made a surprise run to the regional finals. This team?s strength is in its backcourt. The Cal State Fullerton offense runs through Kyle Allman and Khalidl Ahmad, the team?s standout junior guard tandem that combines to average just less than half of the Titans? 73.2 points per game. Sophomore forward Jackson Rowe will be tasked with dealing with Purdue?s big front line. He averagies nearly seven boards per game for a team that crashes the glass with aplomb. Bottom line: The Titans needs their guards to play well if they want any hope of hanging with the Boilermakers. The winner of this game will take on the winner of the No. 7 Arkansas vs. No. 10 Butler tilt.