Beyond the star, which player is most vital for each NCAA team? 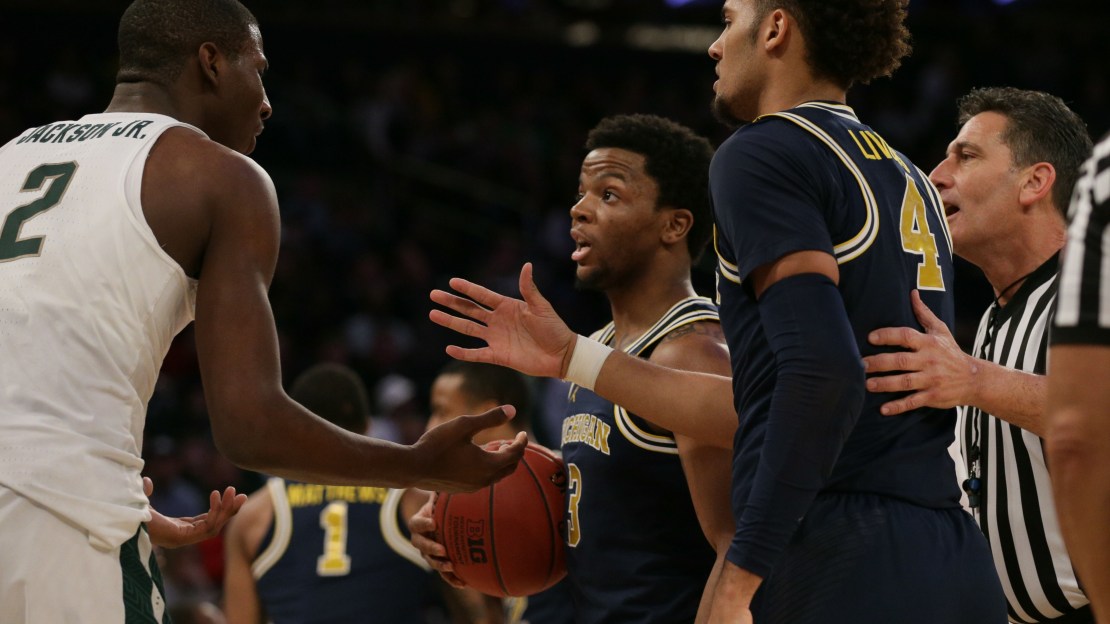 Everyone knows the star player on each Big Ten team in the Big Dance. For Ohio State, it's Keita Bates-Diop. For Michigan, it's Moe Wagner. For Michigan State, it's Miles Bridges. For Purdue, it's Carsen Edwards. Beyond those shining stars, which player for each team is most vital?

Michigan: Zavier Simpson. This guy has been playing with a chip on his shoulder. And that's a good thing. When talk of the Big Ten's best point guards bubbled up this winter, Simpson rarely, if ever, heard his name. (Heck, he wasn't the clear-cut starter until recently.) There was Minnesota's Nate Mason, Penn State's Tony Carr, Maryland's Anthony Cowan and Michigan State's Cassius Winston, among other headline grabbers. But Simpson belongs on the same dais. The sophomore is one of the Big Ten's top defenders. and he showed it in the Big Ten tourney when he locked down some of the conference's top guards. Plus, Simpson brings juice on the offensive end, too. His stats don't stand out (7.5 ppg; 3.1 rpg; 3.6 app), but Simpson does a bit of everything and makes those around him better.

Michigan State: Cassius Winston. He arrived in East Lansing with a fat scrapbook. And Winston has emerged as a key cog in this high-performance Spartan squad. At times, the quick sophomore can drive fans nuts with his decision-making. On other occasions, Winston looks like one of the best lead guards Tom Izzo has had in his Michigan State tenure. He averages 12.6 points and a league-best 6.8 assists while also pacing the conference in 3-point percentage (52.6) and proving to be an adept facilitator for this all-star lineup. Winston is the guy who feeds the stars … and also makes big plays himself.

Ohio State: Jae'Sean Tate. The burly senior forward knows one speed: fast. Tate plays with abandon on both ends of the court and is a difficult matchup. He excels on the block but also can play facing the basket. And he's relentless on the glass. Tate plays off Keita Bates-Diop and makes those around him better, the ultimate compliment for any player. But best of all, Tate is a great leader who has an indomitable will. Teammates love this guy.

Purdue: Vincent Edwards. The Big Ten tourney didn't end well for Edwards, who was relegated to the bench deep into the second half by Matt Painter in the championship game loss to Michigan. One can't help but think if the second-team All-Big Ten forward is still recovering from a late-season ankle injury. The Boilermakers need the senior forward to deliver the goods if they want to make a deep run. Edwards is a tough-guy who is respected by peers. Most of all: Edwards can score facing the hoop or in the paint. And his rebounding prowess is badly needed for a team not noted for its ability to grab loose balls.