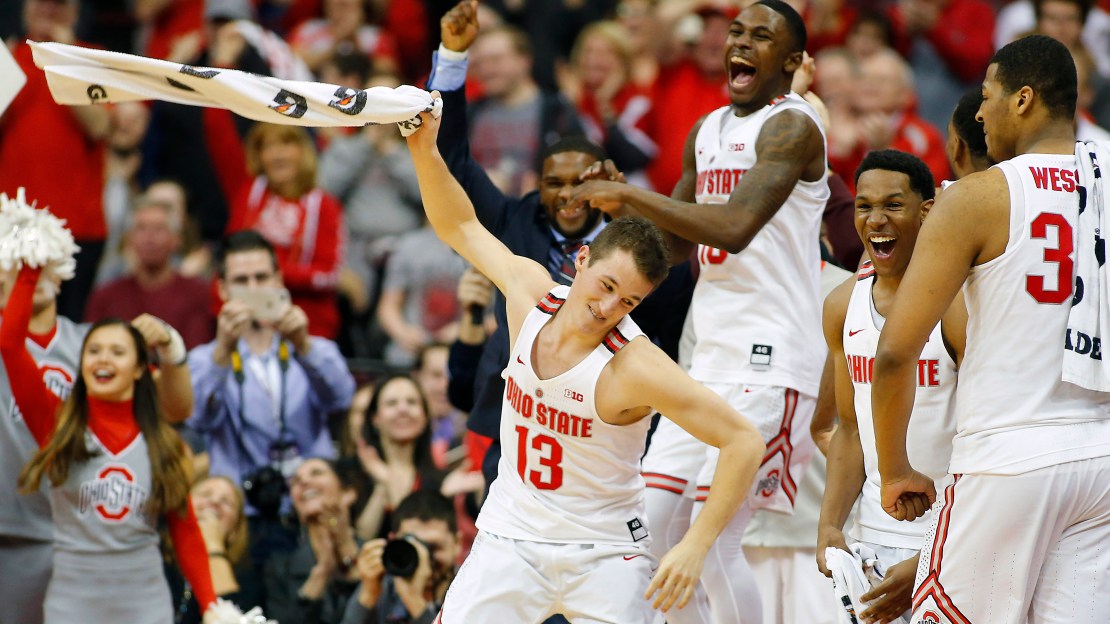 Back in the preseason, Ohio State wasn't on the radar of any pundits. In fact, the Buckeyes were so far off the radar, they couldn't be located.

But look at Ohio State now. The Buckeyes (24-8 overall, 15-3 Big Ten) have been one of the most surprising teams in the nation, finishing second in the Big Ten after being picked by most experts to finish among the bottom four in the conference. Credit Chris Holtmann. He didn't arrive from Butler until June, taking over for Thad Matta.

No matter, Holtmann quickly put his stamp on the program and has it in the Big Dance for the first time since 2015. This is a squad with good athletic ability that can defend while also attacking with an array of offensive weapons.

Senior Jae'Sean Tate is a strong leader who is going out in style, while Keita Bates-Diop is the Big Ten player of the year. Then there's C.J. Jackson, an underrated point guard, and Kaleb Wesson, a freshman wide-body who is coming on.

Last NCAA appearance: 2015, lost to Arizona in second round

Key player: Keita Bates-Diop emerged out of nowhere to become the best player in the Big Ten. No one saw this coming a year after the junior was limited to nine games because of injury. But Bates-Diop exploded, ranking No. 2 in the Big Ten in scoring (19.4 ppg) and No. 3 in rebounding (8.8 rpg). If a school hopes to make a deep run in March, it needs a superstar. And the Buckeyes have the brightest star of all in the Big Ten.

Key number: +5.3, Ohio State's rebounding margin, which ranks second in the Big Ten. Keita Bates-Diop (8.8) and Jae'Sean Tate (6.2) crash the glass hard for the Buckeyes. The offensive boards create extra opportunities, which is how OSU won a huge game at Purdue in February on a Bates-Diop put-back.

Know South Dakota State: This is a hot team, as the Jackrabbits have won 11 in a row. Ohio State needs to be careful . The Buckeyes are in the dangerous 5-12 game in which the No. 12 seed seems to annually dump the No. 5 seed. The 2015 tournament was just the fourth time the No. 5 seeds avoided a loss since 1985. The other three happened in 1988, 2000 and 2007. This will be the Jackrabbits third NCAA tourney appearance in a row, so they won't be intimidated by the bright lights of March. The Jackrabbits can score, shooting better than 40 percent from beyond the arc and making the sixth-most triples in the nation. Keep an eye on South Dakota State's Mike Daum, a legit superstar. A 6-9 power forward, Daum is averaging a double-double of 23.8 points and 10.4 rebounds per game and last week was named the Summit League's Player of the Year for the second time in his career. David Jenkins is another good scorer. The winner of this game will take on the winner of No. 4 Gonzaga vs. No. 13 UNC Greensboro.