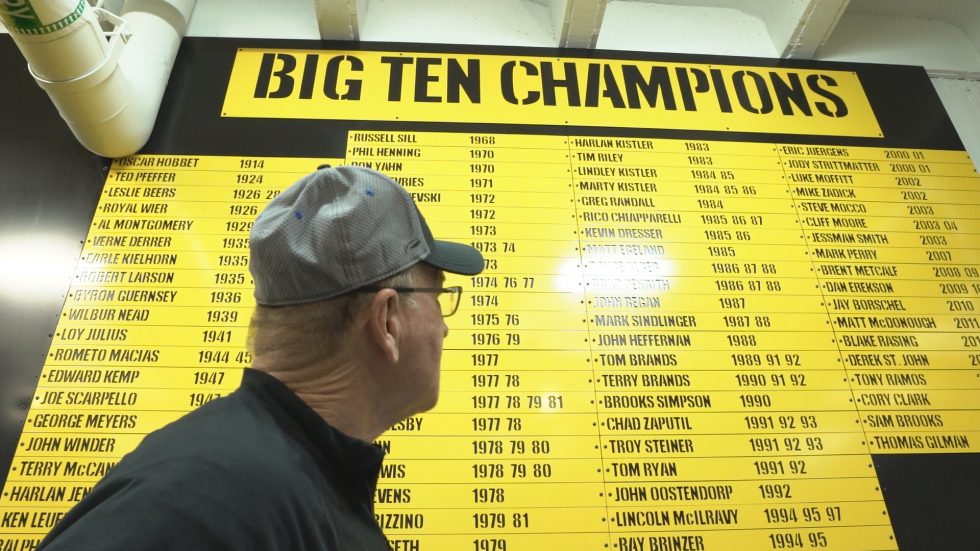 These are the words used to described famed University of Iowa wrestling coach Dan Gable. To the men he guided to an unprecedented 15 NCAA titles, he was so much more than a coach, though; he was a life-changing mentor that taught his charges how to find the will to win within themselves.

?Most guys don?t know where their limits are,? says Brooks Simpson, who wrestled for Gable from 1986 to 1990. ?He?ll take you to where your limits are, whether that?s physically or mentally.?

A native-born son of Iowa, Gable was a collegiate star for Iowa State, earning numerous conference and national titles on the mat. His success catapulted him in to the national stage as a member of the US Olympic team. He was so good in fact that Russia, looking to best the US in anyway possible, searched long and hard for a wrestler with the singular goal of beating Gable. Their efforts were, however, fruitless. Gable returned from the 1972 Munich Games a Gold Medalist in the Lightweight class.

It was after the Olympics that Gable decided it was time to transition to life off the mat. He came to that realization though, not on his own, but through the sage advice of his mother.

One day, after a particularly brutal practice, Gable limped into his parent?s kitchen. Even with the top prize in his sport was now in his hands, he was still punishing his body evermore in the pursuit of perfection. Looking at her son?s freshly blackened eye, Gable?s mother had a simple piece of advice: ?Dan, it?s time to move on.?

?In reality, my mother is probably the only person who could have made that decision for me,? remembers Gable, in his 2015 book A Wrestling Life. ?I took her words not as a suggestion, but nearly as a direct order from a superior. She made the decision for me, and it was based on her love for me.?

Gable remained passionate, however, for the sport of wrestling, knowing he had much more to give. His coaching career at the University of Iowa began in 1972 as an assistant coach under the famed Gary Kurdelmeier. Upon becoming head coach in 1976, Gable guided to victory 152 All-Americans, 45 National Champions, 106 Big Ten Champions and 12 Olympians as the freestyle coach of the 1980, 1984 and 2000 Olympic teams.

But for all of his accomplishments, it was Dan Gables preternatural ability to know just what his athletes needed. Simpson, who suffered some crushing defeats during his early years wrestling for Gable, remembers a time when the coach took him aside after being soundly beaten in a practice match.

?He said to me, ?You?re a fighter, you just don?t know how to wrestle, but we can fix that,?? says Simpson. ?I, all of a sudden, realized that Gable believed in me and that?s all I needed. I knew that the greatest coach in the history of the sport saw value in me as an athlete and believed that I had potential that I didn?t even think I had. That was a game changer for me.?