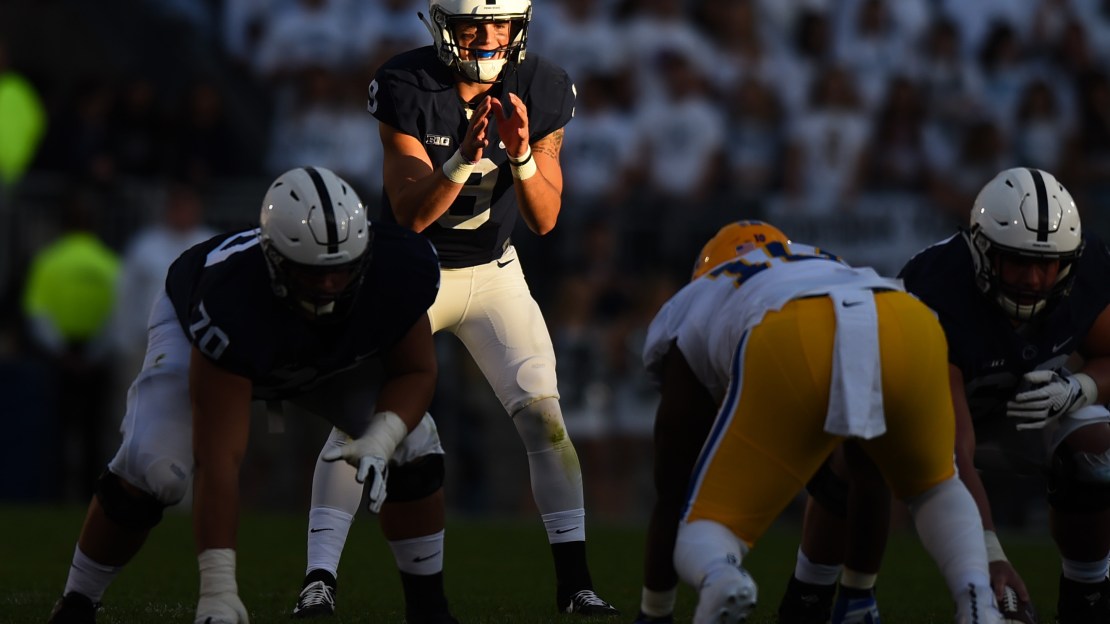 Spring ball is on for several schools in the Big Ten, as teams begin to mold their 2018 squads. And the quarterback spot also is scrutinized.

Indiana: Tom Allen says it's an open competition. But Peyton Ramsey is back after impressing as a redshirt freshman last year and figures to be the No. 1 man. He has the dual-threat skill set that Tom Allen desires. It's just too bad his season was cut short by a knee injury. Ramsey completed 134-of-205 passes (65.4 percent) with 10 touchdowns and five interceptions in 2017. He also finished third on the squad in rushing with 226 yards. Early enrollee Michael Penix, Jr., is on campus. Redshirt freshman Nick Tronti, Florida's Mr. Football in 2016, also is on hand. Penix and Tronti have the skill set Allen likes.

Maryland: There are plenty of options. The key is for them to stay healthy. The Terrapins have started seven different quarterbacks the last two years. This spring, sophomores Tyrell Pigrome and Kasim Hill won't take part as they continue to recover from the knee injuries that cut their seasons short in 2017. Junior Max Bortenschlager, sophomore Legend Brumbaugh, and early enrollee Tyler DeSue are on hand. Bottom line: This spot won't be decided until fall camp. The signal-callers will be working with a new offensive coordinator in Matt Canada, who arrives from LSU.

Michigan: Jim Harbaugh had to rely on Iowa grad transfer Jake Rudock in his first year in Ann Arbor. Now, Harbaugh may have to turn to another transfer to run his offense in Ole Miss' Shea Patterson. He is a five-star talent who could give this offense a big lift but has to be declared eligible by the NCAA. Stay tuned. If Patterson gets the green light from the NCAA, he'll likely start. The school expects to know Patterson's fate by the end of March. Sophomore Brandon Peters returns from what best can be called an "uneven" debut. And don't forget about redshirt freshman Dylan McCaffrey. Four-star gem Joe Milton already is on campus. New offensive coordinator Jim McElwain has some talent to work with.

Michigan State: No worries in East Lansing, as Brian Lewerke is coming off a breakout sophomore season in which he completed 246-of-417 passes (59 percent) for 2,793 yards, 20 touchdowns, and seven interceptions while rushing for 559 yards on 124 carries. The best is yet to come for Lewerke, who will be surrounded by talent. There are worries about the backup. Damion Terry graduated and Messiah deWeaver left for a junior college. Look for redshirt freshman Rocky Lombardi to get plenty of reps this spring. Theo Day is a touted true freshman who already is enrolled.

Ohio State: Who will fill J.T. Barrett's massive shoes? The guy who may end up winning the job is sophomore Dwayne Haskins. He looked good subbing in for the injured Barrett at Michigan last season, hitting 6-of-7 passes for 94 yards to rally the Buckeyes to a 31-20 win in the Big House. Don't count out junior Joe Burrow, who is splitting reps with Haskins so far in spring camp. Redshirt freshman Tate Martell has many Columbus denizens excited. The dual-threat skills of the Las Vegas product would be a nice fit for what Urban Meyer likes to do. Stay tuned. This race is far from finished.

Penn State: James Franklin sleeps well at night knowing he has senior Trace McSorley back. It's this simple: He's the best quarterback in the Big Ten. Truth be told, McSorley was the best signal-caller in the conference last year, too. Expect a run at the Heisman Trophy this fall. Junior Tommy Stevens is a capable backup who carved a niche as a pass catcher with 12 grabs last year. Ricky Rahne has been promoted to offensive coordinator after Joe Moorhead took the Mississippi State job.

Rutgers: This spot has been an issue for several years. When will it become a strength? The quarterbacks will have a new offensive coordinator-again. This time, it's John McNulty, who is back for a second stint. Incumbent senior Gio Rescigno returns to battle sophomore Johnathan Lewis, junior Tom Flacco and true freshmen Jalen Chatman and Artur Sitkowski. Lewis is a Cardale Jones clone who has flashed potential. Flacco is a transfer from Western Michigan and the younger brother of Joe of the Baltimore Ravens. Sitkowski, who originally committed to Miami (Fla.), is an early enrollee who has a lot of potential. Don't expect any decision to be made on a starter this spring.