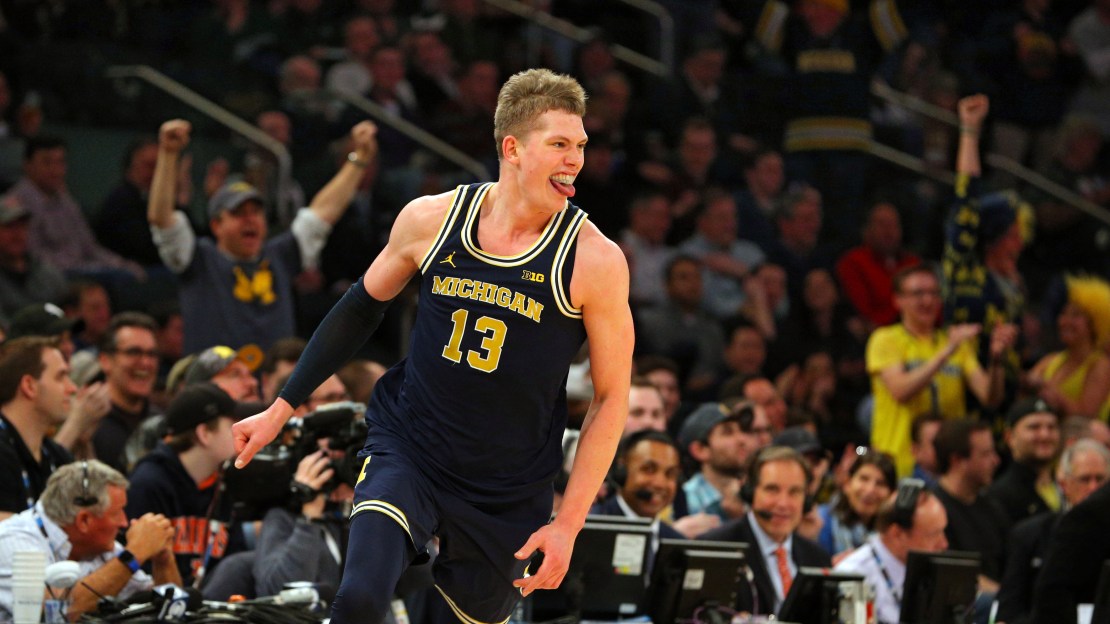 The 2018 Big Ten tourney is in our rear-view mirror. Now, the conference watches and waits for Selection Sunday, which is a few days away. What did we learn while in New York?

1. John Beilein doesn?t get enough credit. The guy is one of the top coaches not just in the Big Ten ? but in the nation. He has Michigan playing its best basketball of the season at the right time. That?s what a good coach does. For months, the narrative in the Big Ten centered around Michigan State, Ohio State and Purdue. Now, the Wolverines are the top story-and hottest team-after winning a second consecutive Big Ten tourney title. This Beilein team is every bit as skilled offensively as his others with guys like Zavier Simpson, Moe Wagner, Muhammad-Ali Abdur-Rahkman, Duncan Robinson, Charles Matthews, Jordan Poole and Isaiah Livers. But it?s a commitment to defense that gives this edition a special edge. Is Michigan a Final Four team? Perhaps.

Who won this locker room water ? fight, @umichbball fans:@JohnBeilein, who came prepared, or his players? pic.twitter.com/2iIFESgLBW

2. Purdue needs time off. Perhaps no school will benefit more from this extended respite than Matt Painter?s Boilermakers. They have been playing for a long time, as Purdue represented the USA in the World University Games over the summer. At the time, some felt this would be a great opportunity for the Boilers to hone their skills, bond and develop. That was all true. But the negative appears to be physical and mental fatigue toll taken from what has been a long season. Maybe the 10 or so days off will allow Vincent Edwards to get healthy and help the Boilermakers to re-discover the groove that saw them win 19 games in a row before finishing 5-4.

3. Ohio State must be tough. The Buckeyes got pushed around and roughed up by Penn State in the Big Ten tourney, going one-and-done. It was a cold bucket of what on what otherwise has been a terrific season for Chris Holtmann?s crew. Ohio State needs Big Ten Player of the Year Keita Bates-Diop to be a superstar, and for its complementary players-Jae?Sean Tate, C.J. Jackson, Kam Williams, Kaleb Wesson–to excel, too. But, again, more than anything: The Buckeyes can?t get beaten up along the front line and need backcourt toughness. Like Purdue, Ohio State may benefit from this extend break between the Big Ten tourney and the Big Dance. Get rested and recharged.

4. Something appears to be missing from Michigan State. Without a doubt, the Spartans are the most talented team in the Big Ten ? if not the nation. The roll call of studs is jaw-dropping: Miles Bridges, Jaren Jackson, Joshua Langford, Nick Ward and Cassius Winston. But a sense of consecutiveness seems to be missing from Tom Izzo?s club. And focus is an issue for a squad that is prone to playing poor for extended stretches and also for getting sloppy with the ball. Unless those issues are resolved, Izzo?s team may fall short of reach his eighth Final Four.

5. Nebraska won?t make the NCAA tourney. And that?s too bad. Tim Miles has a nice club that is every bit as good, if not better, as the one he guided to the 2014 NCAA tourney. Alas, the Cornhuskers likely won?t go dancing even though they are 22-10 overall and 13-5 in the Big Ten. The experts said the Huskers needed to do some damage in the Big Ten tourney to go dancing. Instead, they lost their first game to eventual champ Michigan. Nebraska figures to be NIT-bound. Will it be motivated?

6. Wisconsin will be A-OK. The Badgers will see their amazing 19-year run of NCAA bids come to an end, finishing with a 15-18 record. Still, Greg Gard had his team playing its best in February and into March, knocking off Purdue late in the season and almost dumping Michigan State in the regular-season finale and in the Big Ten tourney. Wisconsin was hurt by injury, as guards D?Mitrik Trice and Kobe King were hurt. That forced the Badgers to use some players too much too soon. One of those guys was Brad Davison, a freshman guard who looks like a future star. And keep an eye on fellow freshmen Nate Reuvers, a promising big man, and Aleem Ford, a great athlete. Plus Khalil Iverson and Brevin Pritzl will be back. And so, too, may be Ethan Happ, who figures to test the NBA waters. Bottom line: Wisconsin will be very good in 2018-19, as those top-four Big Ten finishes Badger fans had become accustomed to from 2001-02 to 2016-17 should return.

7. Indiana has work to do. Archie Miller?s debut was a mixed bag and ended with a resounding thud in New York with a disappointed loss to Rutgers. The good news: four, four-star recruits already are lined up. And more studs could be on the way. Robert Johnson and Freddie McSwain, Jr. will be gone. But De?Ron Davis will be back from injury and will be joined by the likes of Justin Smith, Devonte Green and Juwan Morgan, among others. IU may not win the Big Ten next year but should be a tourney team.

8. Penn State will be back. This team was so close to a big breakthrough, falling in the Big Ten tourney to Purdue after beating Ohio State for a third time this season. If not for academic issues for Josh Reaves and a late-season injury to Mike Watkins, the Nittany Lions may have gone dancing for the first time since 2011. Pat Chambers? team could have the likes of Tony Carr, Reaves, Watkins and Lamar Stevens back. Look out. This will be a talented, seasoned and hungry squad next season.

9. The Big Ten in the Big Apple was beautiful. You heard the wailing, you read the nasty Tweets but in the end, the Big Ten tourney being played in Madison Square Garden worked. I know that bums out critics, who howled at the notion of the Big Ten taking the hoops tourney from its Midwest stronghold to New York. But Jim Delany has said since the league expanded East by adding Rutgers and Maryland in 2014 that he wanted to show that the Big Ten ?lived? in that part of the nation, too. For the most part, the crowds were on par with ones that typically attend the event in Indianapolis and Chicago. In fact, the Saturday crowd was electric. The Big Ten doesn?t figure to go East too often. But it will be back. So, get used to it.

10. Steve Pikiell might have something brewing. You don't want to overreact to three strong days following a 3-15 Big Ten season. That said, the Scarlet Knights, in beating Minnesota and upsetting Indiana, plus giving Purdue all it could handle in the quarterfinals, showed what could be possible in Pikiell's third season. For three days, Rutgers was making shots, defending and rebounding en route to playing some of the most exciting basketball we saw at The World's Greatest Arena. Junior Corey Sanders was a big reason for it, and he could be in store for a big 2018-19 season, if he elects to return.