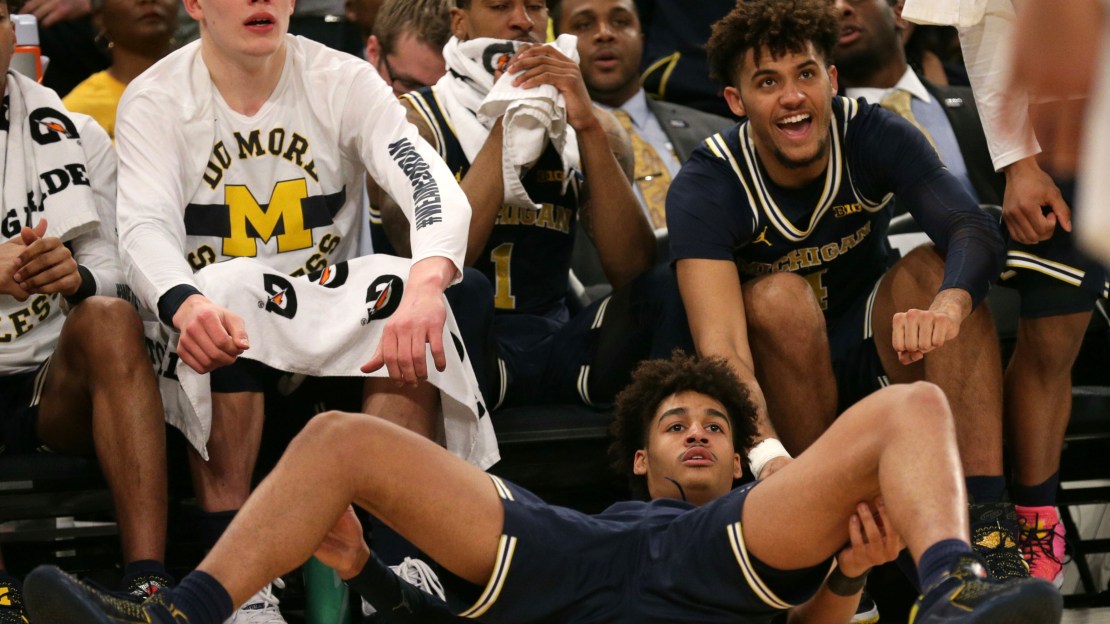 NEW YORK — It was a phenomenal experience being in New York City for the Big Ten Tournament, with five days of thrilling games that culminated in a Michigan title at Madison Square Garden.

While Michigan was attempting to defend its crown, or while Corey Sanders was channeling his inner Kemba Walker, or while fans filed into The Garden, I was roaming the floor, concourse and bowels of the World's Most Famous Arena to find some added flavor for BTN's social and digital media coverage. Each day provided many interesting and noteworthy moments. The games started Wednesday, but BTN's Big Apple festivities kicked off earlier in the week.

Below are the best moments I encountered during the week in New York City.

My Twitter mentions became engulfed in flames when this tweet featuring a promotional sign on Sixth Avenue in NYC was tweeted, bringing out both positive reviews and complaints that the tournament was too far away. Any publicity is good publicity, right?

BTN executed a really cool initiative in conjunction with the NYC Park District, refurbishing an outdoor basketball court under the Triborough Bridge in Queens. The Big Ten mascots were in attendance for the unveiling, and they ran into a bit of trouble when one of their basketballs got stuck in the new hoop.

At the BTN court refurbishment under the Triborough Bridge, our @bigten mascots encountered a problem.

Okay, so this one doesn't really have anything to do with the tournament, but it was still cool. Following the opening night of hoops at The Garden, it turned out that Olympic curler Matt Hamilton was hanging out at a restaurant next to our Times Square hotel enjoying a late night meal. He was extremely outgoing and even let me hold his gold medal that he won a couple of weeks ago in PyeongChang.

So this just happened…

Olympic Curling LEGEND @MattJamilton is at the same Times Square restaurant as us and I got to hold the Gold. pic.twitter.com/l7wYfYwGyN

Big Ten fans have gotten to know Kim Garner throughout her son Shep's four-year career at Penn State, and the professional jazz singer and absolute riot was in postseason form following the Nittany Lions' win over Northwestern. Break it down, Mama Garner!

"We're gonna shock the world!" ?@SGarner33's mom Kim was ecstatic after the @PennStateMBB win, and of course she brought a few moves to @TheGarden: pic.twitter.com/5pAZWkW2Ki

The most inspirational moment of the tournament came when I met Purdue student reporter Tyler Trent, who is currently undergoing chemotherapy treatments for bone cancer and is coming off back surgery a week ago. Watch Tyler's story below:

"I want to live a normal life and be a normal student."

If you need to pass the time during halftime, watch this piece on Purdue student reporter @tylrtrent, who is at @TheGarden covering @BoilerBall as he battles bone cancer: pic.twitter.com/tlqAI0w5Sr

Purdue's Matt Haarms is known as an excitable fellow, and teammate Carsen Edwards told him to cool it after he got T'd up during Saturday's semifinal vs. Penn State. Haarms didn't even realize what had happened until he watched the clip in the locker room postgame, and he was certainly amused.

Two words: Red Panda. That is all.