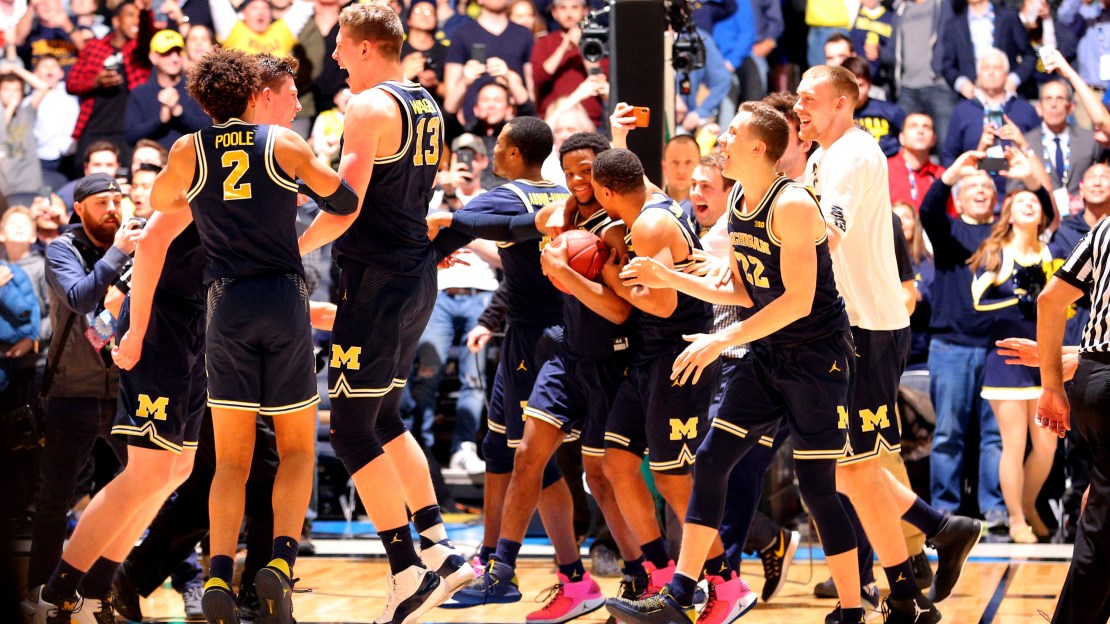 NEW YORK — Purdue beat Michigan two times this season. No way were the Wolverines going to let the Boilermakers best them a third time.

The Wolverines won the matchup with the most riding on it Sunday, though, taking the Big Ten tourney final, 75-66, to claim the program's second consecutive event crown.

John Beilein's team arrived in New York on a roll, winners of five in a row. And the Wolverines kept on rolling in the Big Apple. The No. 5 Wolverines were playing their fourth game in four days, but it didn't show as they took down No. 12 Iowa, No. 4 Nebraska, No. 1 Michigan State and No. 3 Purdue. This is familiar territory for Michigan, which made a similar run last year when it shocked the world by winning last year's tourney as a No. 8 seed.

This title game proved to be one of the most lopsided games of this Big Ten tourney, a laugher that essentially was over early in the second half. Despite the loss, the Boilermakers figure to be a No. 2 seed in the NCAA tourney. Michigan is shaping up as a No. 4 seed.

Top player: Moe Wagner was the man on this day. The lithe senior big man tallied 17 points on 7-of-11 shooting

Top shot: There was no singular dagger that Michigan threw to knock out Purdue. Rather, the Wolverines had a volley of shots to dump this team. If Michigan wasn?t cashing in an easy layup, it was draining a 3-pointer. They made it look easy all day, shooting 50 percent.

Top dunk: Take your pick of any number from Michigan. Let?s go with Jon Teske?s slam that gave the Wolverines an 18-point lead early in the second half. It was symbolic, as it was Michigan?s biggest lead of the day and sent an emphatic message that it wasn?t going to lose on this day.

Top stat: 23, Purdue's 3-point percentage (4-of-17). It was all about the defense for the Wolverines, who totally muted Purdue. Star Boiler guard Carsen Edwards was rationed to 12 points on 4-of-16 shooting.

It was over when: A dunk by sudden-star Jon Teske-who had 14 big points off the bench-gave Michigan an 18-point lead (66-48) 6:02 into the second half. The lead proved to be insurmountable, as a late Purdue run really never got them within shouting distance.